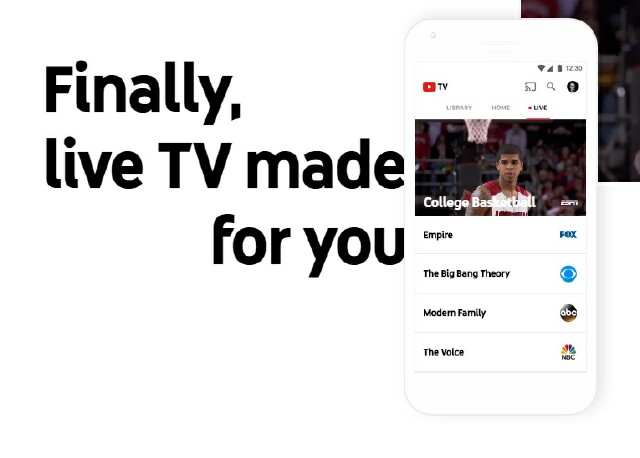 According to recent reports cable operators are losing households, with cord cutting one of the largest issues they’re facing today. Google’s YouTube TV creates one more incentive for that to happen. So, the questions include: With the many players now in the space, at $35/month is there a mass market for yet another cord-cutting tool; what content and convenience does YouTube TV bring to the table that others have not already, and will the content deliver in popularity like parent YouTube?

One of the things you’ll notice first is that YouTube TV doesn’t offer ad-skipping capabilities -- a boon for advertisers, perhaps, though of dubious appeal for consumers. There are additional advertising issues to be finalized, as noted in an April 10, 2017 thought-leadership report, Barclays Live, from Barclays Bank, on Testing YouTube TV: “The free content from YouTube presented alongside premium content does not have any advertising. However, what is not clear to us is how the increased viewership of these free videos will impact advertising on the free version of YouTube. Presumably, the viewership counts on YouTube TV would port over to the free version of YouTube. Given that this free content is curated on YouTube TV, a certain degree of selection bias could creep into advertising dollars on YouTube which may favor more professionally produced content or their own stars.”

Back on the consumer experience, there is also no traditional channel guide. But honestly, that channel guide is based on actually tuning the TV to a specific frequency, something we haven’t had to do in decades. The Barclays Live report agreed:  “We believe consumer-facing interfaces will gradually shift to resemble aggregation platforms rather than a traditional linear program guide. In this respect, we believe YouTube has done a great job aggregating content from all platforms into a unified interface and the service in many ways appears quite similar in concept to Comcast’s X1 platform. For instance, sports are not presented by network. Instead, the home screen has icons for Knicks, Lakers and Yankees, etc. (similar to Comcast having just an icon for the Rio Olympics on X1 instead of individual networks with the content) which consumers can click on to get to their live or recorded games. One can also add any team to the library, which essentially would result in the games of that particular team getting recorded. This can be quite powerful in the context of YouTube TV’s unlimited DVR storage, which in a way removes another point of interface friction for consumers -- one just goes to the library and everything is there. The DVR/recording functionality becomes part of a continuum on the UI rather than a break. On the scripted side, the interface only highlights individual shows rather than networks, similar to Netflix or Comcast X1. While Network names and icons are displayed below each show, the presentation on the user interface makes this almost irrelevant.”

For Millennials and younger, the network is not nearly as important as the shows or content.  Many players are building their interface based on content; the network is still listed, but it’s not the central point as it is in traditional TV. One challenge is that since everything is based on individual viewing numbers, it could reduce viewership to certain channels if their programming doesn’t show up on the home screen or recommendation engine. This, per Barclays’ report, could impact valuation for specific networks in the future.

YouTube TV also takes great advantage of meta-data and stacking rights. As also noted in the Barclays Live report: “Similar to Netflix, YouTube TV has a section called ‘Resume Watching’ for shows or movies that one leaves in the middle, which eases the content discovery process. While this may seem trivial, services like HBO GO, Showtime Anytime, and other apps from media companies still don’t manage even simple enhancements like these, which can reduce usage friction.”

I believe that there is growing frustration on the part of the consumer as networks put the same content on different platforms. As a consumer, I don’t want to have to go to multiple locations to watch different episodes of the same show. And this different set of rules will create challenges. Barclays Live notes:“Therefore, for networks like CBS which want to keep stacking rights for their own platform like CBS All Access, this could become a tradeoff between under-indexing on viewership on traditional platforms vs. trying to grow their own platform.”

The ability for the user to determine how and when they’re watching is critical. During a presentation I made at SXSW on Gen Z, William, one of my panelists who was 13 at the time, made an excellent point about content and Gen Z: “If the experience of free is better than the experience of paid, then they won't be paying!” Notice, he didn't say they wouldn't pay for content. Just that when they paid for it, it had to be a better experience than what they can put together themselves. Content needs to be completely portable and watchable based on the consumer’s desires, not the industries.

Back in 2006, when YouTube was around less than one year, it was already attracting lots of content. The trigger for me was that it was about to be valued at $1 billion, which was huge back then. Part of my blog then noted: “There was a lot of good commercial quality content on the site. One thing is very cool about sites like this: It does take distribution control away from a small group of media companies. Now anyone has a place to showcase his or her talents.”

When you look at the top YouTube videos of 2016 you see that commercial content put out by the traditional outlets still comprises most of the top 10. That’s because no matter the medium, good storytellers are still good storytellers, and for the most part we like to put our time against content that we consider high quality.

There are currently many changes happening in the media space, especially as it relates to cord-cutting and OTT. Every major player is creating their own “skinny bundles” and it will be interesting to see how many of these bundles the consumer has the appetite to pay for. Comcast’s announcement that they will join the wireless space, in combination with the proposed changes to net neutrality, will see many more changes in the very near future. Google is adding to the data layer that they collect from each of us and this is an easy step for them to make. As the Barclays Live report concludes: “... while we were initially skeptical about YouTube TV based on the launch demo, we do believe Google’s product vision is quite compelling and could have legs. Success, however, will depend on the ability to compete with bundles in different forms (wireless, wireline and video in the case of Comcast for example, or Prime and Video in the case of Amazon).”