Captain America and The Avengers vs. Live Sports Programming 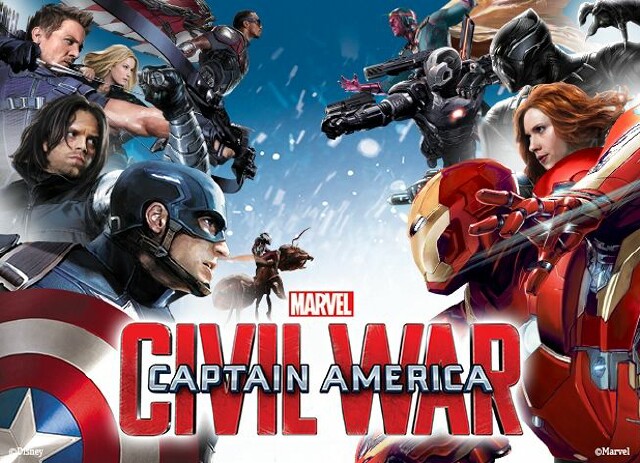 Look, up in the sky! Is it a bird? Is it a plane? No, it's not Superman … that was a few weeks and more than $325 million ago. It's Captain America and the Avengers!  Just the latest modern superheroes dominating the silver screen and ready to become one of the next iconic "biggest films of the year."

The cultural phenomena that are the movies always rise to the top of the social buzz. Maybe that's because the multi-million dollar Hollywood marketing machine creates such great anticipation for its film products and movie theaters are still a place where people actively choose to spend their time with friends and family.

Sure, there are other things competing for people's entertainment time attention. For example, as a major sports fan, when I think about spring time, I think live sports!  Like me, many advertisers think, "What could be better than the NCAA Basketball tournament, the fast moving action of the NBA and NHL Playoffs and the kick-off first pitch of the Major League Baseball season?  Lots of live event programming and a great place to reach Millennials with high TV ratings!"  Right?  Well, maybe. But how does that compare to America's other favorite pastime, the movies?

Grand Hollywood action and famous stars add up to the ultimate "live" event programming, which of course translates into great viewability. Movies are a larger-than-life platform in a miniaturized hand-held world, and they feature a truly unique element in today's media landscape -- a captive audience. Just think about the spring/summer blockbusters coming in the months ahead. From April through August, the movies are the highest-rated 18-34/18-49 video on the planet! And, thanks to some smart studio executives, the movies are now big all year round, not just in a particular season.

The reality is that Millennials, just like past generations, love the action and excitement of the movies as well as the social aspect of catching their favorite superhero or big screen drama at their local movie theater with their friends.  And yet, the ad industry sometimes overlooks the fact that the Millennial ratings for movies can often garner 18-34 numbers that are three to five times higher than those riveting live sports events!

Take 18-34/18-49 ratings for the best that spring/summer sports has to offer and compare them to the best that the movies have to offer:

The numbers tell a story that even a superhero would have to be impressed by!

For a little perspective, if you look at "Batman vs. Superman: Dawn of Justice," the film that competed against the NCAA Championship Game (one of the best of all time), "Batman vs. Superman" delivered nearly three times (2.6X) more adults 18-49 than the basketball game.  Bruce Wayne and Clark Kent may love a good live game as much as the next guy, but when they suit up to save the world, history dictates that consumers pack the theaters in droves to support their superheroes where it counts … at the box office (some $170 million on the opening weekend alone)!

While It's always been true that Americans love a great story, the one real home of modern storytelling is the movie theater. Every week, stories come to life on a 50-foot screen with amazing sound in a shared emotional experience with other audience members.  Sure, people love real-world sports stories like the Olympics, or Villanova, or Steph Curry and Golden State setting the all-time team winning NBA record, or the NFL draft where kids' dreams come true with the call of their name and their entry to the NFL (which is arguably the best reality TV known to mankind).  But even those sports narratives can't capture people's imagination in the same way that we all rooted for "Hoosiers," "Coach Carter," "Field of Dreams," "A League of Their Own," "Rudy" or "Rocky."

So the next time you think of the terms "live," "event," "mass audience" or "Millennials," don't just think of sports stadium broadcasts. The best live event programming on the planet -- and in some movies, even other planets -- is at the local multiplex.