By Steve Gidlow February 14, 2020 Behind the Scenes in Hollywood Archives 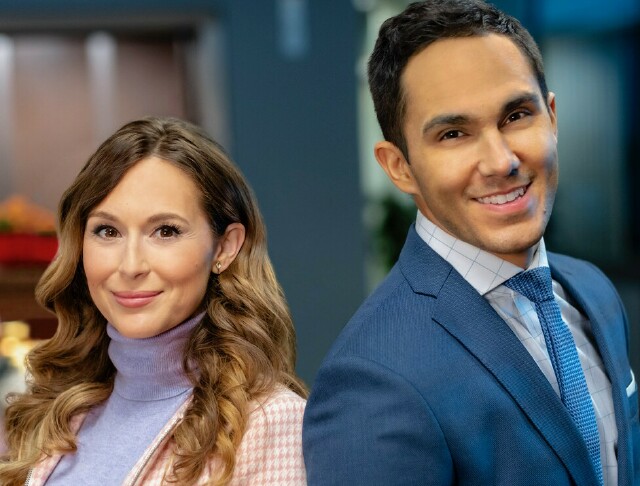 Work has become a family affair for Carlos and Alexa PenaVega.  Since 2017, the husband and wife have become fixtures on both Hallmark Channel and Hallmark Movies and Mysteries, racking up five films together.  Their latest, Picture Perfect Mysteries: Dead Over Diamonds, is a follow-up to last year’s hit Picture Perfect Mysteries: Newly and Dead, and with more in the works, another franchise for Hallmark Movies and Mysteries is born.  “We got a sequel,” beamed an exuberant Alexa when MediaVillage congratulated the couple during an exclusive interview.  “This is our family, and it all started because my manager John (Carrabino) suggested a meeting with Hallmark and didn’t want me going alone and suggested I bring Carlos along.  He basically said, ‘Work together.’  All we want to do is keep the family together, which is super hard in this industry, especially having to leave for months at a time to film in Canada or Europe.  Having two kids, seven months and three-years-old, it made the most sense for us.  So, we went in, gave some ideas and they let us go for the ride.  It’s been so great!”

“We’d hoped the first one would be well received,” added Carlos.  “But you are never sure or ever know.  And what’s crazier?  We leave in a week to film the third installment!  It just gets even better.”

Picture Perfect Mysteries: Dead Over Diamonds is a refreshing mystery, reminiscent of the classic crime noirs of old Hollywood.  It finds intrepid professional photographer Allie Adams (Alexa) embroiled in the theft of a one-of-a-kind diamond necklace on the opening night of an art exhibit she photographed.  When clues of the theft lead to murder, Allie has no option but share her findings with Willow Haven P.D.’s newest detective, Sam Acosta (Carlos).  Reluctantly, Sam accepts her help, and with his Uncle Luis (Erik Estrada) visiting to help with the renovation of his home, he soon finds himself the victim of plenty of unsolicited advice regarding the case, and how he should handle his blossoming attraction to Allie. 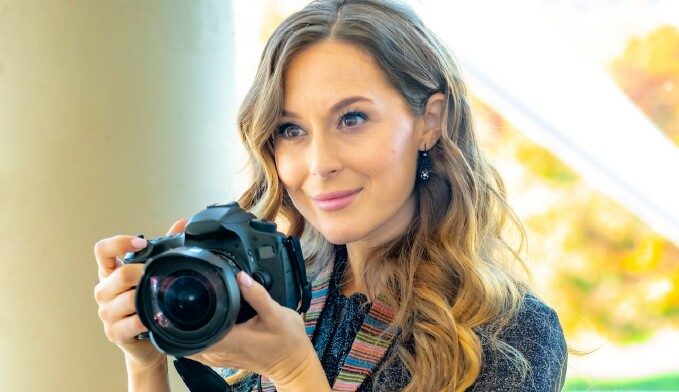 Ron Oliver, who helmed the first installment, returns to direct this sequel, and according to both PenaVegas his vision created the films classic tone.  “Ron came in with such a strong vision,” Alexa recalled.  “That’s the one thing I really appreciate about him.  You don’t always get that with directors.  Ron comes in and it’s not like he’s telling people what to do; but he knows what he wants.  That made the set run so smoothly.  Everyone loves him for his energy, so coming in we all had a great understanding of his creative ideas and we could just do our jobs.”

“We’ve been really lucky [having Ron],” Carlos added.  “He’s also doing the third installment and having him there keeps the vibe the same.  He came in with a bossa nova track on day one of the first movie, and I said, ‘That’s the vibe of the [movie]!’  So, we had that playing all the time.”

Those thoughts are echoed by Alexa.  “Ron also plays music in-between takes,” she noted.  “It’s a fantastic way to work.” 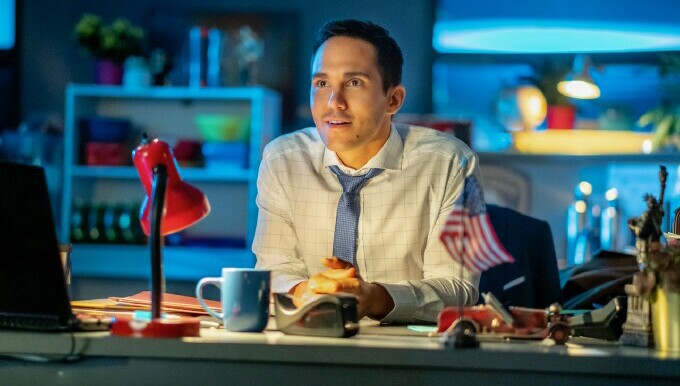 Although working with a spouse can be tricky, for the PenaVegas it couldn’t be easier.  “I have to say working together has been amazing,” Carlos said.  “The toughest part [of working] is having two kids and managing both of us being away.  We always joke that while it’s work, it’s almost like a vacation because we have a nanny on set.  At home, it’s just us and the kids.  On set we get to take breaks while getting to do what we love, so we’re both a little thankful when we do get a movie.”

“Yes, being on set is a vacation,” laughed Alexa.  “We don’t have the help at home and it really is just us.  The hardest part is not sleeping a lot because by the time you’re done on set, you get back and the nanny is exhausted because she’s had the kids all day, then we take over.  So, it’s go, go, go on set, then go, go, go taking care of the kids at night.”

According to Carlos, this one was particularly tricky.  “During filming of this one, Alexa was still breast-feeding,” he revealed.  “She’d be pumping on set so we could send bottles of milk back to the trailer.  It was crazy.”

While their Hallmark duties provide the perfect family work environment for the couple, it’s not the first time they’ve worked together.  They met in bible study long before Alexa guest-starred with Carlos’ on his series Big Time Rush.  And before they competed against one another on Season 21 of Dancing with the Stars, they co-starred in the 2015 movie Spare Parts -- a role Carlos had a hand in.

“I was about to do the movie,” he explained.  “It was a role I fought for.  I was having lunch with the director when he mentioned they were thinking of offering the female lead to this girl, if only they could get her.  When he said ‘Alexa Vega,’ I burst out laughing. He asked if I knew her and I replied, ‘I proposed to her like a month ago, we are engaged.’  So, that marked the first time we worked together on a film.”

With a third Picture Perfect Mystery about to be added to their combined resumes, the union has been very fortuitous.  The couple looks forward to further exploring the Allie and Sam characters.  There’s also hope of taking their talents in another direction -- a musical.  “That’s the goal!” Alexa said with a smile.  “We’re working on something.  It’s something we're still trying to build some traction on because it all takes time.  So, we will see.”