Catherine Bell is Forever a Friend of "Friends" 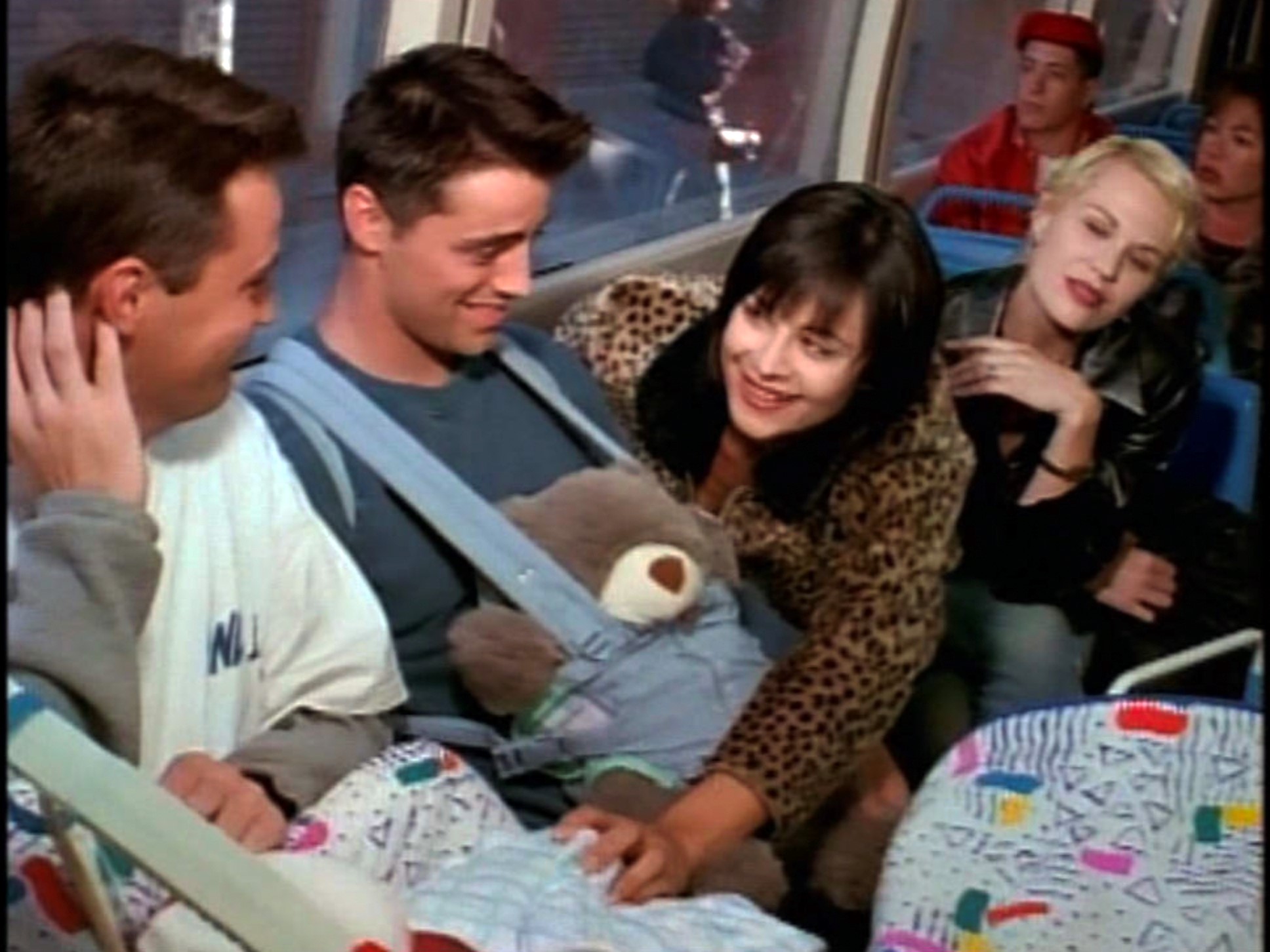 Good Witch is telecast Sunday's, 9 p.m. on Hallmark Channel, and Friends is available to stream on HBO Max. Over the last 12-years, Catherine Bell has been a permanent Hallmark Channel fixture, largely in part thanks to her series Good Witch (currently in its 6th season) which became a series following a string of hit movies that began in 2008. Long-running hit shows are nothing new to Bell, whom before landing at Hallmark enjoyed a 10 season run as Sarah "Mac" MacKenzie on NBC/CBS's JAG (1996-2005), opposite David James Elliott (a role she still revisits on NCIS: Los Angeles), and later would spend seven seasons on Lifetime's Army Wives (2007-2013) portraying Denise Sherwood. Before landing these career-defining roles, Bell already had an impressive list of guest credits to her name, but it's one small role that still brings the actress attention. "Oh gosh, yes, Friends!," she laughed during a recent exclusive interview with MediaVillage. "People do still call me out for that episode and usually happens if they haven't seen the show for a while and then catch it, or it turns up on social media, and it's like, "I saw you on Friends". Everyone knows the name of the episode too, 'The One with the Baby on the Bus', so yes, that was me with the guys and the baby on the bus - - it's so cute."

It was in the star-packed sixth episode of the series' second season, which aired on November 2, 1995, that Bell permanently became a part of pop-culture history and forever a Friend of Friends. With Ross (David Schwimmer) in the hospital dealing with an allergic reaction, pals Joey (Matt LeBlanc) and Chandler (Matthew Perry) offer to sit his son Ben. While enjoying a stroll with baby, they encounter a young woman (Lea Thompson) who becomes instantly enamored with baby Ben. Realizing the 'baby magnet potential', after ogling two hotties standing at a bus stop, the duo make a b-line to impress and hop on board - - enter Catherine Bell.

"It was a blast, and it's so much fun to have been a part of that," beamed Bell of her appearance. "It was way before JAG or before anything else I had done, and actually, [maybe] one of the first things I did. It was so exciting to have gotten to work with those guys as it was such a huge show at the time, so to just be on the [Warner Bros] lot with them was amazing." 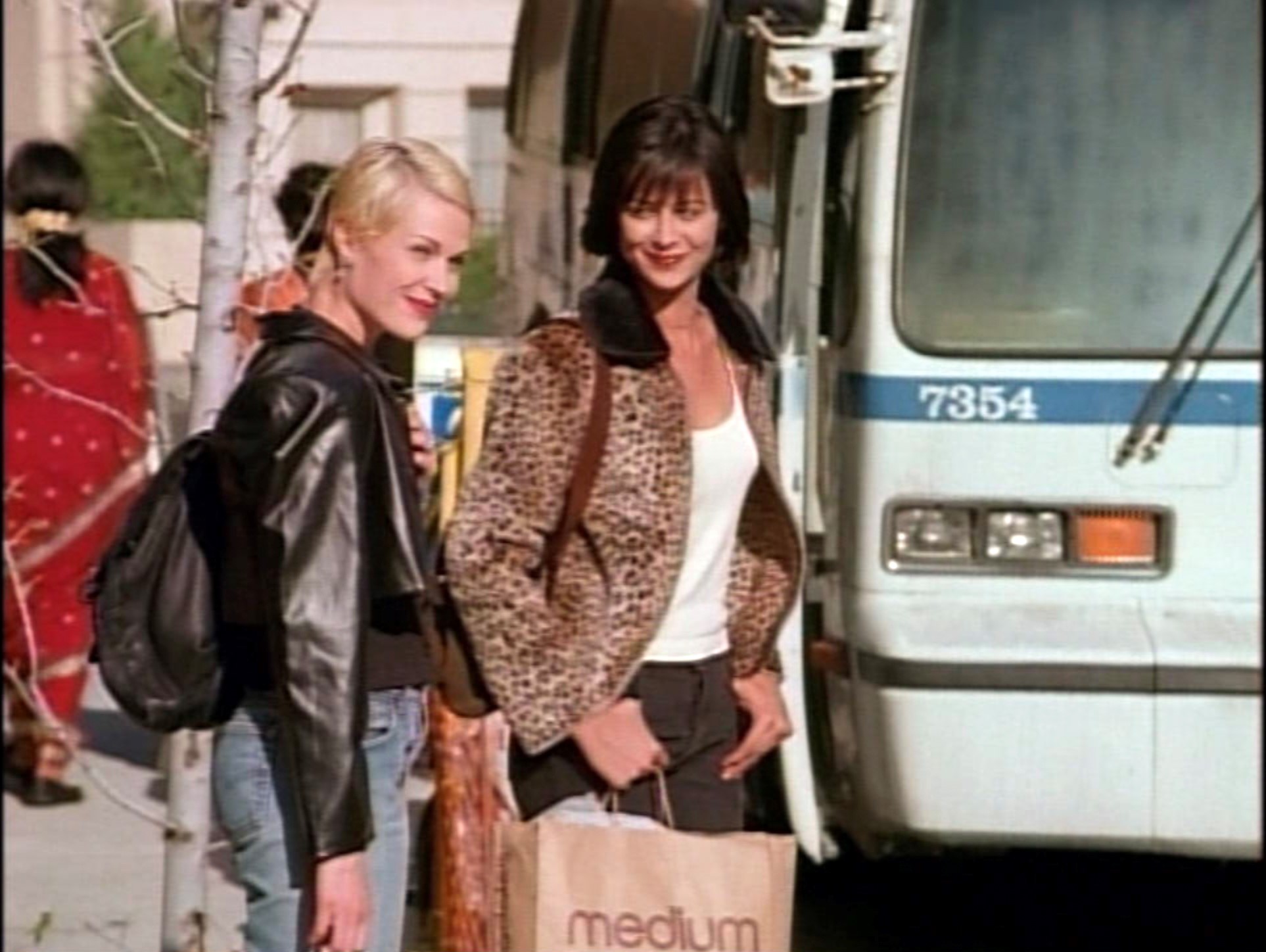 Bell's appearance ends after disembarking from the bus, and she and her friend accept an offer to have drinks with the guys. Plans that are soon derailed when quizzed "Where's your baby?", which had inadvertently been left to ride the New York city transit system alone. Besides Bell's appearance, the episode is also remembered fondly for its other notable guest stars. In addition to Thompson (stunt casting thanks to her then running NBC series Caroline in the City), it also featured the first appearance by Giovani Ribisi as a young man trying to retrieve a condom he'd accidentally deposited in Phoebe's (Lisa Kudrow) guitar case while busking, and The Pretenders frontwoman Chrissy Hynde as Stephanie Schiffer, a talented singer booked to replace Phoebe at Central Perk. The duo closes the episode with a classic rendition of 'Smelly Cat', while Ribisi would later land the recurring role of Kudrow's half-brother Frank Buffay, Jr.

Like many notable Friends of Friends, no matter what's on your resume, having Friends there is about as good as it gets when it comes to your kids. "That's actually true," concurred Bell. "It's funny, my kids now are watching Friends and I remember my daughter running into the room yelling, "You were on Friends? Mom, that so-cool!". She was just freaking out. Then she gets her friends calling her to tell the same thing. So yeah, that happens a lot."

With Friends recently moving from Netflix, where it consistently received huge streaming numbers, to its new exclusive home on the new Warner Bros./HBO streaming platform HBO Max, (along with umpteen re-runs), Bell's Friends of Friends status is sure to remain evergreen. "It's really funny what I do get stopped for in the street," she shared. "Sometimes it may be for only one show, and they don't know about the other shows, but you really never know what you're going to get recognized for. But [Friends] is definitely a great thing to have been a part of - - I mean what a cool piece of history right?"