CBS Again Feels the Heat at a Summer TCA 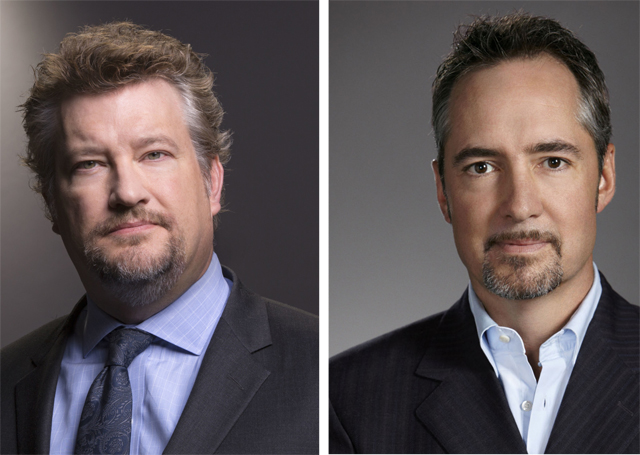 Beverly Hills, CA -- For the second consecutive year CBS had a rough go of it at the annual Summer Television Critics Association tour, as critics once again pounced on a new President of CBS Entertainment, holding his feet to the fire for decisions made before he was in charge.  Their ferocity was palpable, prompting a few critics and network executives alike to speculate that they had planned a “coordinated attack” prior to the start of the session.  I have no knowledge of that.  But this year as last, I wonder why CBS is singled out for being somehow more negligent than the other broadcasters in the areas of gender balance and racial diversity.  The truth is this:  They all have more work to do in righting decades-entrenched wrongs in front of and especially behind the camera, but as those of us who have been covering this business since the ‘90s can attest, the advances they have all made during the last ten years are significant.

Last year it was former CBS Entertainment President Glenn Geller who was called out because none of CBS’ new fall programs had as its star an actor who was not white.  The problem was that the network had scheduled all of its new shows that starred people of color for midseason.  Another problem was that with the exception of the sitcom Superior Donuts, which has been renewed, those midseason shows turned out to be pretty terrible.  (You can read Ainsley Andrade’s take on Donuts here.)

This week it was new CBS Entertainment President Kelly Kahl (pictured at top, left) and his new colleague Thom Sherman(top right), formerly at The CW and now Senior Executive Vice President, Programming for CBS, who found themselves in the line of fire.  It didn’t take long for critics to ask questions about the well-reported story that Asian cast members were paid less than their white co-stars on the network’s drama Hawaii Five-0.  Such discrepancies aren’t right, but allowances have to be made for the resume of the actors, the size of their roles and, of most significance, the input and influence of the agents, managers and lawyers who negotiate every casting deal.  The issues go way beyond the networks.

Then there was another shot:  For the second fall season in a row CBS does not have a new series with a woman as a lead character, a critic complained.  Try as they did to answer the questions (or maybe I should say address the charges) that followed, Kahl and Sherman simply could not appease the handful of critics in the room who kept the “attack” going, even though they were both relatively new to their positions.

“Is any part of your development going to address some of these diversity concerns that have been raised now for two years running?” one critic demanded to know.

“The way I have tended to develop in my career is to have people bring me everything,” Sherman replied.  “When you cast a wide net like that, I think that you get the kinds of shows that you’re talking about.  We want our slate to be inclusive.  We want it to be diverse.  We want all sorts of programming, all sorts of different types of programming.  We believe that we will get that.”

“With all due respect, we hear that all the time,” the critic asserted before reminding the executives of the advances made at FX in these areas, without acknowledging the differences between programming for a broadcast network and a basic cable network.  “If you don’t focus and say, ‘This has to happen,’ it doesn’t happen,” the critic said.  “You guys have tried the natural route of telling people to bring you everything, and for two years running, you’ve had no show survive that stars a woman.  Isn’t it time now for you to really focus on that and say, ‘We won’t advance another fall slate that doesn’t have a show that stars a woman’”?

“CBS did develop female lead shows last year,” Sherman replied.  “We had six pilots with female leads, and the way things turned out, those pilots were not felt to be as good as some of the other pilots and series that were picked up.  But that had nothing to do with the female leads.  They were fantastic. That’s just the cycle of business, and that’s how it happens sometimes.”

“We can have a discussion about the pace of the change, but there is change happening on CBS,” Kahl added.  “We have two shows with diverse leads this year that we didn’t have on the schedule last year.  We have a midseason show with a lead character that is gay.  And over the last few years, if you look at the number of diverse series regulars, that’s up almost 60 percent.  The number of writers we have from diverse backgrounds is up over the last few years, as are directors.  So we are absolutely moving in the right direction.”

Another critic further turned up the heat, snarling, “CBS touts itself as the most watched network in America, but it’s definitely the least progressive network on broadcast when it comes to diversity!  Why would a creator or writer even want to bring a project that looks like America to your network when your track record has been so backwards?”

“To be honest with you, I’m not exactly even sure how to address that,” Kahl calmly replied.  “I will say, again, I think you’ve seen a lot of diversity on CBS over the years, going way, way back into our past.”

“But you used to be a leader in this area,” the critic continued.  “You’re not anymore!  You’ve been bypassed by everybody else, and every year you [say] ‘We’re going to do better.’”

“We said in the past we were going to do better, and we are doing better,” Kahl repeated.  “Every single drama on our air has at least one diverse regular character.”

All I could think during these heated exchanges was that if the two high-profile series over on CBS All Access -- The Good Fight and Star Trek: Discovery -- were on CBS much of the discussion would have been neutralized.  Both have strong females as their leading characters and they are both models of diverse characterization and casting. 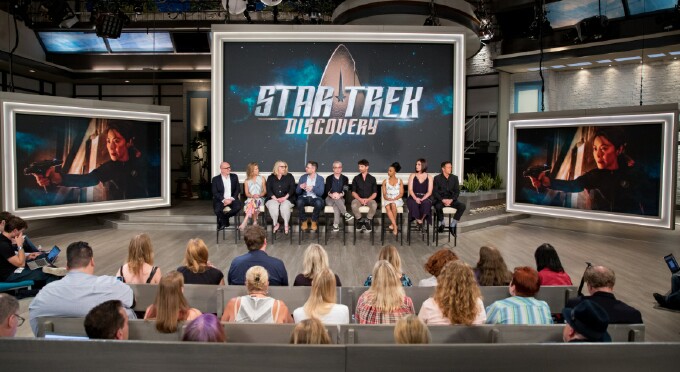 The session was not exclusively devoted to CBS bashing.  Kahl was able to point out that CBS is not only keeping pace with but also, in his words, staying ahead of the sweeping changes in the media business.

“Ratings used to be the sole barometer of our success,” he said.  “Now [they are] just the starting line. Today we’re in the eyeballs business just like YouTube, Google and Facebook.  Demos have a purpose, but they’re smaller and a less significant part of our business every day.  If you’re writing what’s up a 10th or what’s down a 10th off the fast nationals, you’re only scratching the surface of what’s going on.

“Putting on shows with huge audiences of all ages is how CBS succeeds now and in the future -- successful, broad-appeal network shows that generate revenue on traditional and digital platforms, both here and around the world,” he continued.  “Those platforms all want our shows because of the mass audience we deliver better and more consistently than anyone else.”  He cited as examples of CBS’ success the long-running hit NCIS, widely regarded as the most popular program on the planet; freshman drama Bull, the most-watched new series last season and already sold in 200 territories around the world, and television’s most underappreciated series, Blue Bloods, previous seasons of which are now successfully streaming on Netflix, Hulu and Amazon.