CBS at TCA:  Diversity and Social Issues Dominate the Day 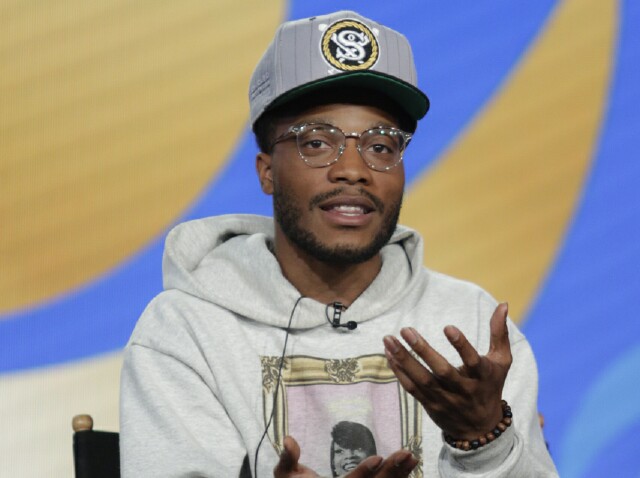 Pasadena, CA -- CBS has in recent years become something of a punching bag at Television Critics Association Tours on the subjects of diversity and gender equality.  Watching journalists strive year after year to find new ways to call attention to the network’s perceived failings in those areas has become a sorry spectator sport for those of us who understand the past and the present of television.  Is CBS the most diverse network?  No.  Does it lag significantly behind all others in correcting past imbalances?  Again, no.  But to judge from the ire in the rooms during the 2016 and 2017 tours you would have thought it was the mid-'90s all over again.

And then there was the stand-out panel of the morning, which CBS titled “Politics and Social Issues on Television.”  The participants were (pictured below, left to right) Jermaine Fowler from CBS’ Superior Donuts; Robert and Michelle King from CBS All Access’ The Good Fight; Barbara Hall from CBS’ Madam Secretary; Shawn Ryan from CBS’ S.W.A.T., and Gretchen Berg and Aaron Harberts from CBS All Access’ Star Trek: Discovery.  They are all executive producers of their respective shows (and, of course, Fowler also stars on his). 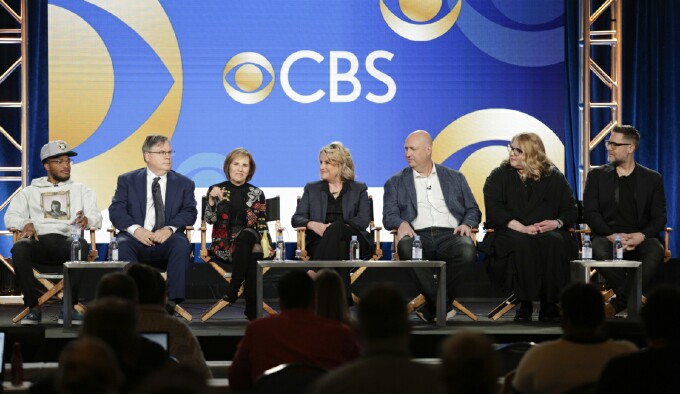 “You may be wondering why a show that takes place in the future, in the 23rd century, is here as part of a panel talking about current political and social issues on television,” Berg said as the panel began.  “Like all good sci-fi, our show holds a mirror up to what’s going on currently in society and in politics, and that’s where we get much of our story material from.”

“Over the 51-year history of the franchise, starting with Gene Roddenberry, the show has tackled many social issues, from having a Russian on the bridge during the Cold War to having the first interracial kiss on television,” Harberts added.  “Discovery is continuing with that legacy with a diverse cast that not only includes the first African American woman to lead the show, but also the first gay couple on Star Trek.”

Ryan was quick to talk about the diverse stories and environments explored on his show, a reboot of the popular ‘70s crime drama of the same name.  “We dealt with Black Lives Matter issues in our pilot, and subsequently we’ve been able to tell stories that take place in the Filipino community ... in Koreatown … in the Latino community in Boyle Heights … but we’re really focusing on how the police interact with the [communities], and is there a better way to do that?” he said.

“The mission statement for Madam Secretary from the beginning was to create a show where people could come to talk about politics in a way that wasn’t so polarized and polarizing, and this was two years before the election,” noted Hall.  “One of the ways we did that was we didn’t identify a political party.  Another way was to talk about foreign policy issues, obviously, because it’s the State Department [and] the issues that come up around that are not so hot button.  Because we go into every country and every culture, we get to deal with every issue around ethnicity, religion, gender identity and how those things affect everyone on a global scale.”

“Our shows [The Good Wife and The Good Fight] have never shied away from political issues, and the timing of this series pretty much determined that we had to go all in on that,” said Michelle King.  “We were filming the [Good Fight] pilot when Donald Trump was elected, so we had to, in fact, go back and reshoot an opening scene where [our main character] Diane Lockhart, who’s an avowed liberal, is watching the inauguration with her mouth open.”

In the series' second season, Robert King explained, “We’re touching on sexual harassment, the chilling effect of the FCC on news, and something even harder to approach, which is the idea of Trump fatigue, the tendency of our culture taking on Trump in so many ways that everybody is just exhausted by it because it’s everywhere you look on the news.”

“A lot of topics we’ve tackled and talked about have happened to me in my personal life,” Fowler (pictured at top) noted.  “What I do with Superior Donuts is I go in the writers’ room and I give [them] some of my personal experiences.  I’m a stand-up comic, so I’m very autobiographical.  I love talking about my life growing up back home in D.C.  I feel like it brings authenticity to the show when you share these stories.  They’ve taken things that have happened to me and they’ve implemented them into my character.  What makes you stand out is just being honest [about] who you are.  It opens a world of information and honesty the viewers probably didn’t even know before.

“We deal with gentrification on the show all the time, and it’s impossible to write that without diversifying the writers’ room and the cast,” he added.  “It’s just not fun.  You just can’t do it that way.  You’re only going to appeal to one side of everything.  So we hired some of the dopest writers from different walks of life and ages and sexes.  It’s been, actually, the best thing that we’ve done for the show.”

Clearly, the session covered many timely topics, including sexual politics in front of and behind the camera.  Barbara Hall of Madam Secretary recalled, “We did an episode about sexual harassment two years ago where the Secretary of State was groped by a world leader, and she had to consider whether or not she wanted to make this global deal go through or whether or not she wanted to be public about this happening,” she said.  “It was the very issue that women struggle with, but on a political level and cabinet member level.  She made the decision to think of the bigger picture, but we did have the line in the show where she was frustrated by this and said, ‘When do we get to be the bigger picture?’  I think we have our answer.”

“One of the benefits of working on a show that takes place in an utopian future is that you can have this ideal place where sexual harassment doesn’t exist as much anymore, especially on a tightly run ship,” Star Trek's Berg said.  “We’ve got women in all positions of power.  The first captain you meet is a woman.  The first admiral you meet is a woman.  There is a very powerful woman who is going to have an even more powerful rise in the Klingon world.”

Responding to questions about CBS being slow to diversify its programming, Michelle King replied, “I can’t speak for the whole network.  I can only speak for our show.  But I can tell you we have nine regulars.  Five of them are women and five of them are African American.”

“I view it as an opportunity,” Ryan said.  “I’ve made two shows for CBS, and they’ve both had African American leads.  I did The Unit with Dennis Haysbert and now I’ve got Shemar Moore leading S.W.A.T.  When we went to CBS, I actually thought that [we had] an advantage because I knew that they were thirsting to be able to put this kind of material on the air.  You can go back five, 10, 15 years and say maybe they were a little slower out of the gate than some other places, but I talk with these people on a daily and weekly basis and I know that their intentions are good and that they want to tell these kinds of stories.

“I’ve received zero pushback on anything political or social in terms of stories that we want to tell,” he continued.  “To me, being on CBS is the opposite of preaching to the choir.  To me, preaching to the choir is being on a sort of niche cable network that’s only watched in L.A. and New York.  When you’re making a show for CBS, you’re aiming to appeal to the entire breadth and width of the country.  I don’t believe that people necessarily want to be lectured to in their TV shows.  Our job is to express the human condition as it exists.  I personally find it to be a joy and a privilege to write these kinds of stories and have them be on CBS for everyone to see, because I feel that that conversation is being heard across all 50 states.” 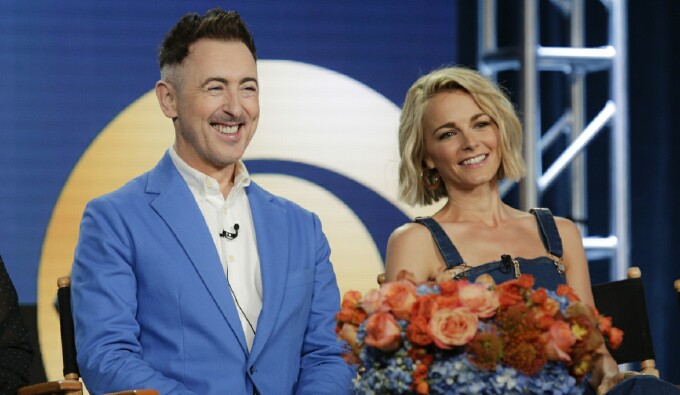 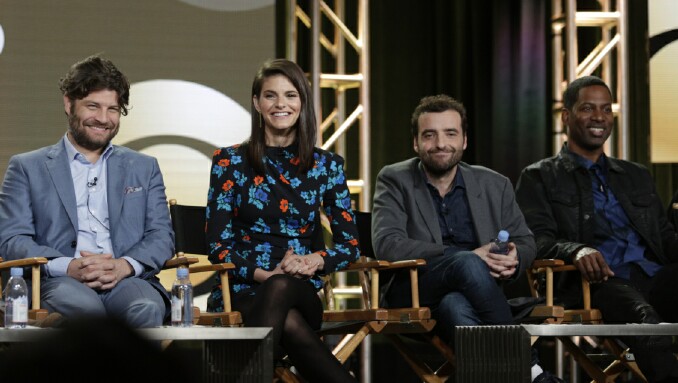