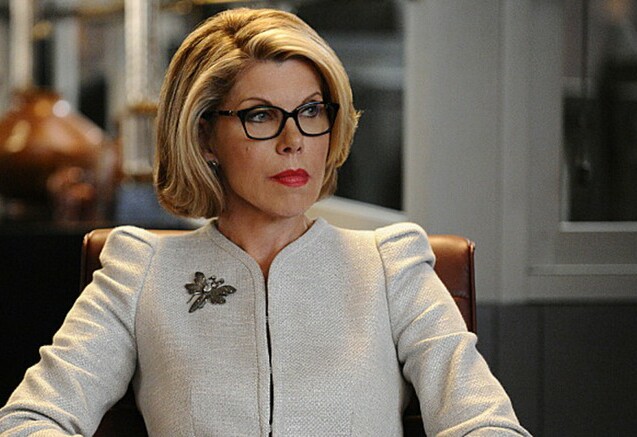 Pasadena, CA – You know that television has changed when the two most exciting new series introduced by CBS at a Television Critics Association tour aren’t broadcast series at all, though there is apt to be some confusion, given that they are both spin-off properties from hugely successful CBS broadcast shows. Those series are The Good Fight, a continuation of The Good Wife (with several significant narrative changes) that will debut on CBS’ streaming service CBS All Access in February, and the upcoming Carpool Karaoke, a 16-episode, half-hour series for Apple Music inspired by the popular segment on CBS’ Late Late Show with James Corden.

In keeping with this shift, Marc DeBevoise, President and COO of CBS Interactive, opened CBS’ day at TCA.  It may be the first time an executive from a network’s interactive area opened a broadcaster’s TCA session.  (Remember, this is the TCA tour during which an unprecedented number of broadcast network chiefs have elected to not appear on stage.)  DeBevoise revealed that CBS All Access now has over 1,000,000 subscribers and that its audience “skews slightly female, 60/40 female/male. But in contrast to most of the television networks out there, we’re extremely young. The average age is in the low 40s. Two thirds of our audience is under 49 and 30 percent or greater is Millennials.”

As of December, All Access added NFL games to its lineup.  “It’s a part of the live streams which are now available across the country,” DeBevoise said, adding, “not bad timing given the playoffs.”  Last year, he noted, All Access also launched its first original program, Big Brother: Over the Top,and last August at the Summer 2016 TCA tour CBS promoted what was to be the service’s first scripted show, Star Trek: Discovery, since delayed.

DeBevoise described The Good Fight as “an incredible new edition of The Good Wife … with a more premium sensibility.” [Christine Baranski, continuing her Good Wife role of Atty. Diane Lockhart, dropped an F-bomb in the clip we saw.]  As previously announced, The Good Fight will premiere on February 19th on both CBS All Access and the CBS Television Network the same night.  “We will also be releasing the second episode exclusively on CBS All Access the same night in order to drive subscriptions,” DeBevoise revealed.  “All subsequent episodes will be released weekly every Sunday.”  In other words, it will follow the Hulu model rather than the full-season drop favored by Netflix and Amazon.  Ten episodes have been ordered.

Robert and Michelle King, the creators and executive producers of both The Good Wife and The Good Fight, were on hand for the press conference that followed, along with cast members Christine Baranski (pictured at top), Cush Jumbo and Sarah Steele [also reprising their roles from The Good Wife], Rose Leslie, Delroy Lindo, Erica Tazel and Justin Bartha.  “A lot of the subsidiary characters you were familiar with [from Good Wife] will come back, too,” Robert said.

Good Fight picks up one year after the end Good Wife.  “We did speak about what how [Diane] processed all that had happened to her, particularly in those final episodes, and where her life was as the new show began in terms of her marriage, in terms of her position at the firm,” Baranski said. “She’s estranged from her husband for reasons of his infidelity. But she’s at the top of her game when this show starts.  [But] half-way into the pilot [Diane] loses everything, so [she’s], you know, scrambling.”

Asked about the lesser content restrictions of streaming versus broadcast, Michelle said of the characters, “These are educated people.  They’re cultured.  They’re elegant. So you’re not going to hear them sound drastically different, but they’re going to use the swear words you would have expected them to use in The Good Wife.”

“Yes,” Baranski interrupted. “If you find out you’ve lost all your money, even if you’re a lady and dress elegantly, you might say, ‘Fuck!’”  Having Diane drop an F-bomb was okay, but all involved decided against an even rougher expression, mother-rhymes-with-trucker.

What about the dual presentations on February 19, one critic asked?  “Obviously we’ll have a different statement from Diane on CBS about her losing her money than we will on CBS All Access. How different are those versions going to be that night?”

The differences will be more extensive than just language, Robert replied.  “One version will be 49 minutes and 10 seconds, and the other version will be 42 minutes and whatever we are allowed on the network,” he said.  “We’re cutting two different versions, one of which is cleaner for network TV.  But I would say the biggest distinction will be [episode length] because of the needs of network.

“Our issues with standards and practices have been reduced to nil,” he continued. “The show always wanted to kind of push some kind of envelope. Sometimes cable seems to take as a badge of honor that it can say ‘fuck’ and that it’s a version of branding.  We wanted to avoid that because sometimes it’s an unrealistic amount of ‘fucks’ in shows. It’s kind of weird.  It’s kind of like a character who never said ‘fuck’ in one episode and the next episode it’s like, ‘Okay, do a cable polish.’  I know how to do a cable polish.  I’ll just keep pushing the macro that says ‘fuck.’  We didn’t want to do that. But we wanted the frankness of sexuality.”

“This is the Kings unplugged,” Baranski laughed in response to talk of language, sex and nudity. “All Access!”

James Corden and executive producers Ben Winston and Eric Pankowski were next up to talk about the new Carpool Karaoke series on Apple Music.  “We’re doing 16 episodes, so we’re going to have 16 different hosts,” Winston explained. “We’re really excited about the pairings that we’re putting together and making what we think is really compelling, exciting, entertaining and funny show.”  (Note: I recently selected the Carpool Karaokesegments onLate Late Show as one of the Top 25 Shows of 2016.)

Asked if he feels like a parent sending his kid off to college, Corden replied, “No, because I’m still going to see my kid on the weekends, because we’re still going to do Carpool on our show.  This just became a wonderful platform to see these people in such an intimate environment.  I don’t even feel like it’s mine really. I feel like it’s just something I’ve been part of, and now what’s lovely is that other people can be part of it and share.  There are so many different variables as to why it works and how it works and the numbers of people that have seen it. But mostly, I sort of feel like it comes down to an intimacy between people, and you’re seeing people in an environment that you had never seen them in on television before.  I’m incredibly proud that it will be Apple Music’s first show.”

“There’s a fundamental difference between what the Carpool Karaoke show will be on Apple and what it is on [Late Late Show],” Winston explained. “On our show it’s James with a massive-selling recording artist. The Carpool Karaoke series is a half-hour show where you put two people together in a beautiful interview setting where they go and do certain things. They learn about each other’s lives. They ask each other questions, and they also sing in a car.  That’s fundamentally different from James singing with Adele. So I feel like one is made as a bit on a talk show, and the other is an interview series where you partner two people.  Here with Apple Music it’s about taking people who aren’t musicians necessarily and putting them in that car and creating great half-hour episodes.

“We’ve got a huge advantage in this day and age in that thing called YouTube, because immediately the next morning you can see if six, seven, eight million people are watching those bits,” Winston said of the Karaoke segments on Late Late Show.  “It’s a really interesting time to be making television, especially in late night, where you can make a show for any time of the day. You’re not confined by a time slot.”