CBS at TCA: Critics Heat Up Over Diversity Issues 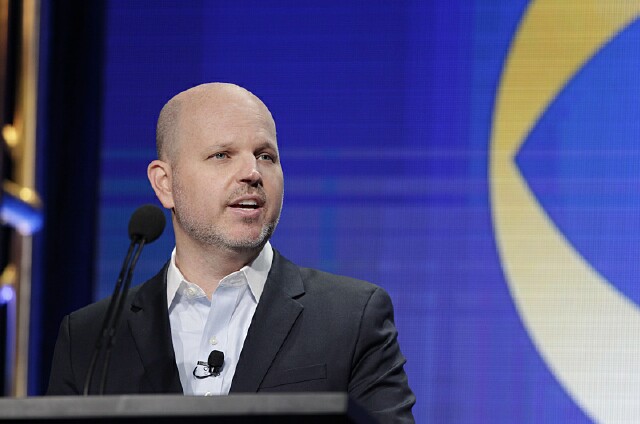 Beverly Hills, CA – CBS’ day at the Summer 2016 Television Critics Association tour opened on a heated note, as Entertainment President Glenn Geller found himself on the receiving end of a torrent of tough questions about the lack of diversity among the show-runners and lead actors in each of the network’s new fall series -- all of them white, a circumstance that invites exactly the kind of exchange that took place yesterday morning. The session -- the first out of the hundreds that preceded it during the previous two weeks to ignite over a serious industry issue -- roused the slumbering mass of critics and reporters who had been in the usual collective stupor that comes at the tail end of every TCA tour.

It may not have helped matters that, in his introductory remarks, Geller identified an extremely diverse group of 16 actors who have been added to the casts of new and returning series on CBS since the network’s Upfront announcement in May. This ignited a flurry of social media messaging about CBS trying to deflect criticism about the lack of diversity among lead actors on its shows.

“You just showed [us] a number of black and Latino supporting actors, but you still have no people of color as the leads in your new fall shows,” one critic declared. “Why is it so difficult to get more inclusion for people of color in the top level of casting at CBS? And what message does it send that the leads of your shows are all heterosexual white men?”

“I’m really glad this question came up first, because we’re very mindful at CBS about the importance of diversity and inclusion, and I’m glad we’re having this conversation first,” Geller replied. “We need to do better and we know it. That’s really it. We need to do better.

The critic pressed on. “You have ten new showrunners for fall, and the ten showrunners for new programs for the new season are white people. Is that not an issue, that the showrunners are also uniformly white for new shows?”

“Sometimes our showrunners are diverse,” Geller replied. “Sometimes they’re not diverse. These are the shows we picked up. We pick up the best shows from the pilots we make.”

Another critic then stepped up to continue the dialogue. “Just yesterday, we had [FX Networks and FX Productions CEO] John Landgraf come here and tell us that he saw a piece in Variety in December about how bad the diversity was in his directing [area] and [he] corrected that -- cut it in half in months,” the critic angrily said. “You guys have been aware of this diversity problem for a while. We’ve been talking about it at press tours for years. How can you come up with a slate [of new shows in which] every star is a white male? You don’t have any showrunners of color, and you’ve had years to fix this!”

“Look, I am acknowledging we need to do better,” Geller replied, remaining calm. “We’ve been getting better and better every single year about diversity among our director ranks and we have series [in which] over half of the directors are diverse.  We work very hard to make sure that every facet of our company is as diverse as possible.  But I hear you.  I really do.  I do want to point out, though, that in the ensemble casting, we are more diverse this year than last year and that to me is forward progress.”

The critic was not satisfied with that answer.  “It seems that when networks, providers, platforms like Fox and FX want to make a difference, they have to specifically say [they] are going to not accept the show unless the cast is diverse.  It seems to me that the only way you get that diversity is by specifically saying that you’re going to have a series that has a person of color as the star. You’re going to have a series where the showrunner is a nonwhite person -- and not accept that you’re trying, but you didn’t make it. You have to commit to it.

“Why can’t CBS make the kind of commitment that we’ve seen at Fox, FX, ABC [and] other networks?”

“I think we have made that commitment,” Geller said. “Training Day is going to premiere later in the season. Justin Cornwell is the co-lead of that show. We’re re piloting Jermaine Fowlers because we want him on the air. That is our commitment.  I feel like I can say it a few more times: We know we need to do better in certain areas for sure. We’re doing better in other areas. But we take it very seriously. I hear your point.”

Harking back to the January 2016 TCA tour, when Geller made his first appearance before the group and said that as a gay man he felt he was contributing to diversity at the network, another critic asked about advances that have been made in sexuality representation on CBS shows.

“Things are definitely shifting,” Geller said. “In terms of LGBT representation, I think we have more LGBT characters on this coming year than ever before,” he continued, referencing gay characters in freshmen shows Bull and The Great Indoors and new lesbian characters on returning series Code Black and NCIS: New Orleans.

“Laverne Cox in Doubt, which will be on later in the season, is a historic role,” Geller declared. “She’s going to be the first transgender actress ever to play a transgender series regular character.  That is huge. I’m very proud of that.  I think as we continue to put new shows on the air, those trends will continue.”