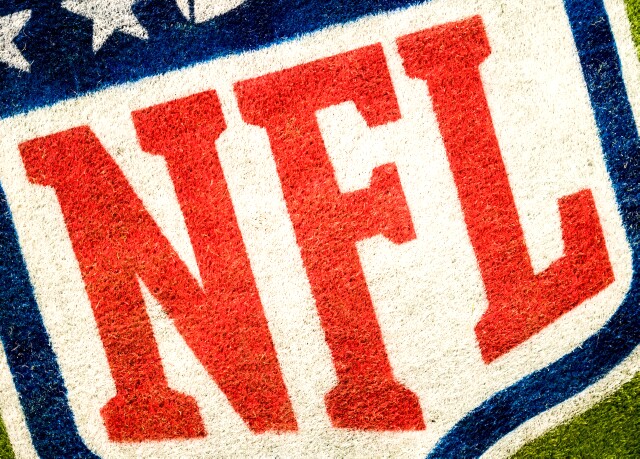 Football season hits second gear this weekend with the pros joining the collegians on the gridiron, in your living room, or a sports bar near you.  For CBS, that means Southeastern Conference action with No. 3 Georgia invading No. 24 South Carolina on Saturday, followed on Sunday by NFL regional coverage, highlighted by the Houston Texans and next gen-quarterback Deshaun Watson traveling to Foxboro to take on Tom Brady and coach Bill Belichick’s perennial Super Bowl power, the New England Patriots.

The start of the new seasons has made for a busy time for CBS Executive Vice President of Sports Sales and Marketing John Bogusz.  He said the SEC package, which kicked off Sept. 1 with West Virginia routing Tennessee, is “extremely well sold.”  In addition to Georgia, which lost to Alabama in the College Football Playoff championship game last season, taking on South Carolina, CBS has a potential top 10 matchup between LSU-Auburn on Sept. 15.  Doubleheaders are on tap Nov. 3 with a late afternoon-primetime twin bill and the following Saturday with noon and 3:30 p.m. kickoffs.

Home to the defending champion Alabama, which has finished No. 1 in five of the past nine years under coach Nick Saban, “the SEC on CBS” is looking to extend its run as the most-watched conference package to a 10th straight season.  Despite a 12% decline, the 17-game SEC slate averaged 5.0 million viewers, scoring the two highest-rated and most-watched games of the 2017 regular season.  Georgia-Auburn tallied an 8.0 rating/18 share and 13.5 million watchers on average in the conference title game, while Auburn’s triumph over Alabama in the “Iron Bowl” forged a 7.6 rating/17 share and an average audience of 13.7 million.

Via multi-sports deals, CBS sells units in both its college and NFL packages together. “There are a number of accounts that do both and then there are specific SEC and NFL advertisers,” Bogusz explained.  “Obviously, the list of NFL-only advertisers is long.”  The ratio of those clients buying both and the individual football offerings has remained largely the same over the years.

NFL sell-through is at about 80%, around the same level at this point last year, he noted, adding that although there are units remaining, CBS’ NFL package is “well sold” in September.

Among categories, Bogusz points to strength with insurance and technology, especially the FAANG companies, which have upped their NFL outlays.  So, too, has Procter & Gamble, as packaged-goods are up somewhat as a group.

Pharmaceuticals, whose roster was revised last year with other players stepping into the hole left by Cialis and Viagra, which curtailed spending after they came off patent, is also looking solid again.  Bogusz remains hopeful autos will drive more ad sales later in the season as manufacturers seek to boost year-end sales totals.

Relative to ad formats, CBS continues to play it pretty close to the vest with its NFL broadcasts. As was the case a year ago, the network will shrink the screen on occasion and go double-box, featuring content, often during replay reviews, flanked by a commercial.

Bogusz said there hasn’t been too much talk about six-second spots, but CBS is open to experimenting.

Asked if CBS is looking to sell all two minutes of commercial time after the two-minute warning to a single sponsor, as Fox does with its Thursday Night Football telecasts, Bogusz explained that its a pricey call.  “It’s not like this is an innovation,” he said, noting that if an advertiser wants to secure the entire pod, CBS would be more than happy to accommodate.  “You can try a 120, but it’s a high-unit rate times four [30-second spots].  It’s a big number.  Maybe a studio wants to come in and run a trailer.”

Although CBS hasn’t sold any pods of that length, Bogusz said it has sold “a fair amount” of 60-second units.  In terms of pricing, he said CPMs for NFL action increased in the mid-single digits.  CBS has made a slight adjustment on ratings based on results from the previous two seasons.  “Hopefully, the ratings stabilize, but we took [the number] down slightly, to be more realistic,” he explained.

Like all of the other NFL carriers, CBS saw audience erosion in 2017, with its Sunday afternoon game telecasts declining 11% to an average of 15.7 million watchers.  CBS' nine national windows averaged 20.1 million viewers in 2017, down 8% from 21.7 million viewers last year.  Still, the NFL remains the top property in all of television.

This year, the first national game for CBS -- which like NBC punted on the Thursday Night Football simulcast package that is now in the hands of Fox, NFL Network and Amazon Prime -- is New England at Jacksonville, a Sept. 16 rematch of last season’s American Football Conference title contest, and New Orleans-New York Giants two weeks later.  The Steelers-Patriots rematch is set for the Steel City on Dec. 16, before Mike Tomlin’s team travels to the Big Easy to visit Drew Brees and the Saints the next Sunday.

CBS caps its season with Wild Card and Divisional playoff contests, as well as the American Football Conference championship game, as lead-ins to its coverage of Super Bowl LIII from Atlanta’s Mercedes-Benz Stadium on Feb. 3.

Bogusz said CBS has sold “a lot of units” in Super Bowl LIII, with pacing about the same as when CBS last presented the title contest, Super Bowl 50 from Levi’s Stadium in Santa Clara, CA, in 2016.  He declined to discuss pricing levels.