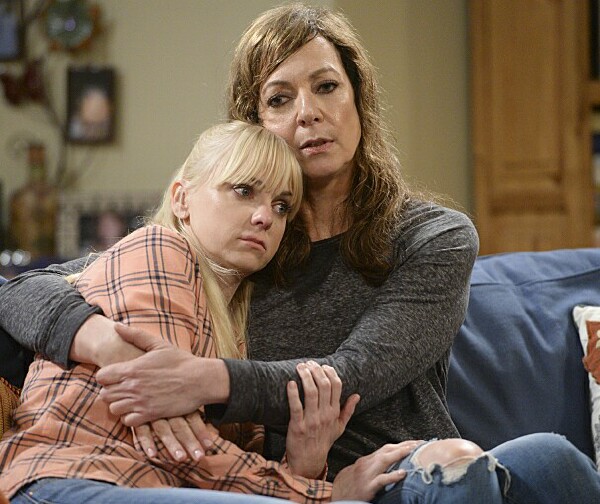 Which situation comedies are the best on television today? When asked that question most people would likely point toward CBS’ “The Big Bang Theory” or ABC’s “Modern Family.” The former is the most reliably funny and is in its eighth season as full of comic energy as it was in its’ first. The latter is still the most sophisticated and inventive (and, this season, the most important, if only for the way its’ already classic laptop episode actively redefined what a half-hour sitcom can do). Others might lean towards HBO’s “Veep” and “Silicon Valley,” the smartest comedies to come along in a long while, both featuring some of the most priceless comic performances on television today.

For a long while I designated as the best comedy ABC’s little miracle “The Middle,” which has managed to survive and creatively thrive for five seasons even though it addresses and makes entertaining life as most working class Americans experience it today, struggling financially with little hope of a comfortable future but never giving up as they endure perpetual challenges and take what pleasure they can along the way.

And then there is CBS’ “Mom,” which ends its second season tonight with an episode that isn’t nearly as turbulent or troubling as so many have been in its sophomore cycle. Instead, “Fun Girl Stuff and Eternal Salvation,” as the episode is titled, gives the characters a chance to regroup, reflect and recover from recent events in their lives while they figure out what to do next.

I find it increasingly difficult to not designate “Mom” as TV’s top comedy, if only because it surpasses even “The Middle” in actually being about something. That statement isn’t entirely accurate. “Mom” is about many things: Family dysfunction, family togetherness, friendship, forgiveness, financial hardship and, at its core, the perils of addiction and the pressures of economic discrimination.

Christy Plunkett and her mother Bonnie – played with striking sensitivity and fearless comic enthusiasm by Anna Faris and Allison Janney – are both addicts with rich histories filled with self-destructive behavior. Christy has been sober since the series began (two years in her time). Bonnie had been, until a back injury and sudden access to painkillers a few weeks ago sent her back to her old behavior. As of tonight’s episode she is 26 days sober and counting. 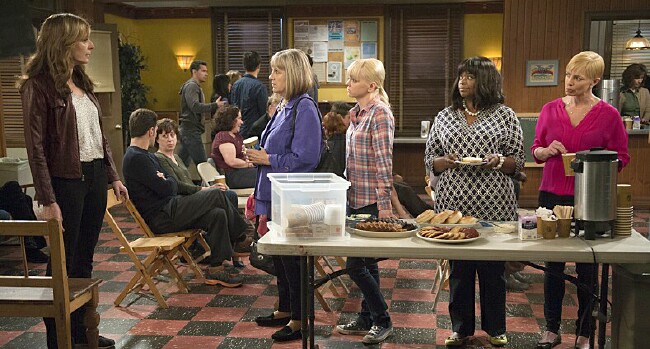 “Mom” doesn’t shy away from the fact that substance abuse runs in families. Christy’s teen daughter Violet has already experimented with alcohol. She has also been pregnant, given up her baby for adoption and moved out of the cramped apartment Christy and Bonnie share.

At the very least “Mom” is the most issue-focused comedy on television, but like the great Norman Lear sitcoms of the Seventies it is the show’s family relationships that give it much heart and great power.   No matter the drama of the moment – alcohol and drug abuse, death, disease, gambling, incarceration, teen sexuality, spousal abuse, deadbeat parenting, financial despair and so much more – “Mom” always revolves around the bruised but unbreakable mother-daughter relationship at its center (Christy and Bonnie) and off to the side (Christy and Violet). Remarkably, it is also almost always extremely funny.

I’m thinking there is something about the exploration of mother-daughter relationships that seems to frighten television’s comedy writers, because we almost never see them entertainingly or insightfully executed in sitcoms. Perhaps that’s why I can only recall one other sitcom that took them on in a manner considered bold for its time – one that, it should come as no surprise, was produced by Lear: The forty-year-old classic “One Day at a Time.” (The other mother-daughter relationships of any real merit that come to mind are Rhoda Morgenstern and her mother Ida on “The Mary Tyler Moore Show” and its spin-off “Rhoda,” Edith Bunker and daughter Gloria on “All in the Family” and Maude Findlay and daughter Carol on the “All in the Family” spin-off “Maude.” How interesting that all of those shows, like “One Day at a Time,” were telecast in the Seventies. By the way, Antenna TV has scheduled a marathon of “One Day at a Time” for Mother’s Day.)

In fairness, the ongoing war on “Modern Family” between Claire Dunphy and daughters Hayley and Alex are also right on point. On “Roseanne,” the lead character’s many conflicts with daughters Darlene and Becky were also realistic. But like the examples cited above (excluding “One Day at a Time”) those combustible relationships are not at the center of their shows. They are just a part of their overall (and very effective) narratives.

When it comes to “Mom” (and “One Day at a Time”) the Plunkett women (like Ann Romano and her daughters Julie and Barbara Cooper) are everything.

And speaking of women, is there another sitcom anywhere in the universe that has so quickly assembled so irresistible a cast largely comprised of adult females and given them all sensational comedic and dramatic material to play? When they’re in an episode, supporting players Mimi Kennedy and Jaime Kennedy and recurring guest Octavia Spencer have been consistently outstanding playing opposite Faris and Janney and each other. In any combination these actresses have been a joy to watch. (Spencer, second from left, and Kennedy and Pressly, right, are pictured above with Janney, left, and Faris, middle.)

Oh, and there are men on this show, too, though they rarely stand out as vividly as the women. An exception is French Stewart as Rudy, the head chef at the restaurant where Christy works. He is on screen for only a few seconds in tonight’s episode and he works every one of them like a pro. It isn’t easy to rack focus from co-stars of this magnitude, but French does exactly that.