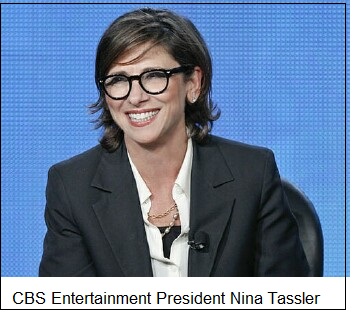 Also below: CW President Mark Pedowitz weighs in on the merits of the traditional pilot season

Pasadena, CA – CBS Entertainment President Nina Tassler isn't interested in abandoning the traditional development season schedule, she told members of the Television Critics Association the other day during her network's portion of the group's Winter 2014 tour.

Not surprisingly, critics and reporters gathered here were curious to learn if other networks were going to follow the lead of Fox Entertainment Chairman Kevin Reilly, who earlier in the week revealed that his network was done with the development cycle as the business knows it.

"I can appreciate where he's coming from and, obviously, he's got to make decisions relative to his own company and his own needs," Tassler said when asked about it. "I thought a lot about this. Pilot season isn't perfect, and it certainly is a very difficult time. It's frustrating, but it's also exciting."

Reilly had talked about the need for more time and flexibility to make carefully considered changes in shows under development. But according to Tassler, the time crunch often associated with negatively impacting projects can sometimes actually make them better.

CBS shot the pilot for its comedy hit "The Big Bang Theory" with current series leads Jim Parsons and Johnny Galecki, but without their popular co-star Kelly Cuoco, Tassler recalled. Executive producer Chuck Lorre looked at the pilot, she said, and determined that they could do better. So a second pilot was produced, this time with Cuoco in the cast, and the rest is history.

Tassler also recalled that there were time constraints surrounding the pilot of her network's long-running hit "CSI: Crime Scene Investigation." "The fact that it was delivered under that kind of pressure sort of forced a very smart creative team to make the best creative decisions, from Jerry Bruckheimer to Carol Mendelsohn to Anthony Zuiker to Billy Petersen," she said. "Everybody was under that pressure, but because they are really great creatively, they made the best decisions and the right decisions."

Tassler's focus these days seems to be on summer programming and the development of short-order series and mini-series. Much of her enthusiasm stems from the success of "Under the Dome," a limited-order series that was a big hit for CBS last summer and will return for a second season on June 30.

"This summer our goal is to expand from one scripted programming event to two," Tassler said. That second summer event will be "Extant," a science-fiction series about a couple with two highly unusual children starring Halle Berry and produced by Steven Spielberg. "Extant" will premiere July 2.

Some reporters were skeptical about the financial reality of mini-series and event series production, recalling that the broadcasters many years ago abandoned those formats because they weren't particularly lucrative, especially in the long-term.

"It's really about creating new economic models," Tassler explained. "Certainly, 'Under the Dome' opened the door for us as far as strong international [business]. [It was] very strong domestically, as well. We're able to take a [project] like 'Dovekeepers' [an upcoming four-hour historical mini-series from Mark Burnett and Roma Downey] and monetize it in a different way. We control the distribution on the show. So it is [all about] building an economic model around a title, something that has value, and creating a financial structure that allows you to produce that kind of programming.

"Ultimately, it's good for all of us to have more original programming on the air," Tassler continued. "Creative drives our business. Business doesn't drive the creative. So in identifying a project like 'Dovekeepers,' looking at something like 'Extant,' looking at 'Under the Dome,' it was about falling in love with a piece of material, getting excited by the creative direction, talking to [the executive producers] and hearing their vision … getting excited about the potential for those projects and building the business model around [them]. By the way, they're not all modeled the same way. Each one is different. We've shown with 'Under the Dome' there are innovative ways to finance event type programs."

Later in the day at his press session The CW President Mark Pedowitz weighed in on the merits of the traditional pilot season and broadcast networks moving to a year-round programming schedule.