CBS' "S.W.A.T." Opens Its Fourth Season with a Tough and Timely Episode 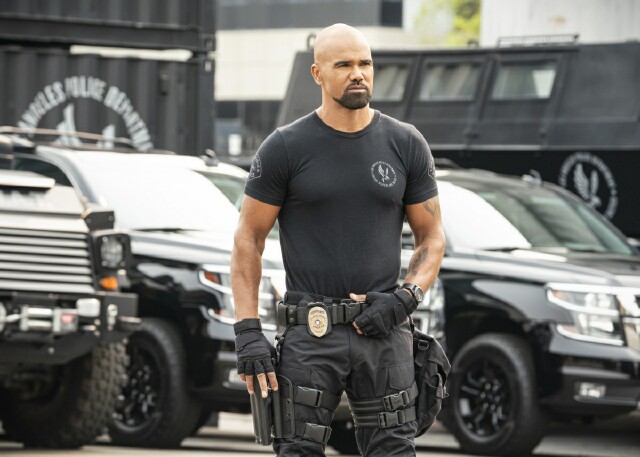 I'm just going to go ahead and start this one off by saying the last time I saw a S.W.A.T.-related property it starred Colin Farrell and LL Cool J. This I.P. has existed since 1975, long before the guy writing this article ever did, and almost 30 years before the version I first saw. In the O.G. S.W.A.T., Hondo was a white man (Steve Forrest), Deacon was a black man (Rod Perry) and Street was played by some dude named Robert Urich. By the time the ‘03 movie adaptation came along, Hondo was Samuel L. Jackson, Deacon was LL Cool J, Street was Colin Farrell and all I knew was being on a S.W.A.T. Team looked cool as hell. Bad Boys II had also come out that year, so being a cop looked pretty good, too.

Fast forward 17 years and, well, to say that opinions about law enforcement now "vary" would be an understatement. This brings us to the current version of the S.W.A.T. franchise, which starts its fourth season on CBS tonight. Not unlike the world it exists in, this property has once again fundamentally changed, and its progress, as well as its understanding of the perception of modern-day law enforcement, is definitely reflected in the season premiere, titled 3 Seventeen-Year-Olds. (Warning: spoilers ahead!)

This S.W.A.T. -- which stars Criminal Minds alum Shemar Moore (pictured at top) as Hondo, Jay Harrington as Deacon and Alex Russell as Street -- starts its new season off about six or seven months ago, in late April. In real life, April 29, 2020 would mark the 28-year anniversary of the Los Angeles riots, which began after four LAPD officers were acquitted for the beating of Rodney King, which had been videotaped and aired on national television. In the episode, Hondo and his father, Daniel Sr. (Obba Babatundé), are having a discussion about the anniversary of said event and how it affected them. Hondo’s memories are of the riots starting and him being concerned with helping others, while his father’s focus was more on the safety of his own son. While the historically accurate mayhem unfolds around them, a young Daniel Sr. (Rico E. Anderson) implores a young Hondo (Donald Dash) not to be naïve about the redeem-ability of Johnny Law from the systemic corruption that has shaped it since its inception. All the while, Young Hondo doubles down on his belief in these redemptive qualities.

What stood out to me about this episode was the nuance with which it approached this subject matter. This is a show about police, starring a Black man, during a time when it feels like police are killing more Black people than ever. Seeing a video of Rodney King getting beat by the police was a new thing when it happened, and it shook the world. Now, video footage gets included with every unjust killing the way that fries come with a burger -- it's just a part of the package at this point.

Either way, the point is that this feels like a ballsy direction to take your pro-cop show in the current socio-political climate. Fortunately for them, the writers on this one seemed to be aware of that going in. 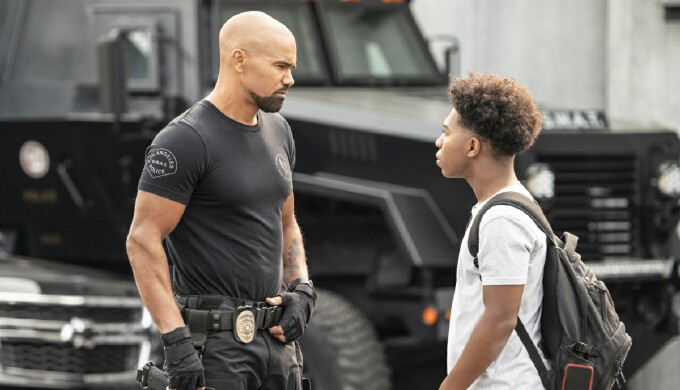 Yes, Hondo comes off as the pro-blue side of the argument in this one, but it's mainly because of his very non-cop father playing the exact opposite. While Hondo’s story was about seeing a problem and choosing a path that he felt would help make him part of the solution, his father’s was about how the problem had always been there, and how the constant presence of that kind of bigotry and oppression had taught him that it would never truly be gone.

The way the show handles its "present day," which, again, is late April, is very impressive. At that point, social distancing wasn’t officially a thing yet, but masks were quickly moving to the forefront of daily life. Mention of that transition is made on multiple occasions throughout the episode. The show itself also holds up pretty well. The bad guys in this episode are pretty easily dispatched -- probably because they weren’t really the point during this one, and they were Middle Eastern terrorists, which initially felt like some '90s stereotypicality throwback, but I guess if you consider modern-day groups like ISIS, then technically it fits.

At the end of the episode, which is sprinkled with the team’s confessions about their own personal L.A. riot experiences, Hondo ends up taking a knee in front of a mural in his L.A. neighborhood. That mural has five portraits on it: Emmett Till, Latasha Harlin, Breonna Taylor, George Floyd and David Dorn. This is yet another interesting choice. Till was brutally murdered for flirting with a white woman. A racist Korean storeowner killed Harlin. Taylor and Floyd were killed by law enforcement. Dorn, however, was an off-duty police captain who was killed during the looting that occurred back in August. Besides the obvious timeline issues this presents in the episode, the choice to co-mingle not just victims of police brutality or racially charged violence, but of senseless violence in general, was a specific one.

The intended focus of the episode seems not only to be an acknowledgement of these atrocities in the first place, but also an indictment of violence against Black people in general. I think it would have been easy for the writers behind this series to do what felt obvious: blindly back the cops. I mean, it is a series where cops are supposed to be the good guys. The thing is, none of this has ever simply boiled down to “all cops are bad” or “the cops are never wrong,” and I think that was understood and reflected in this episode’s overall position on these topics. What it did do was express an overall disdain for the devaluation of life; specifically when it comes to Black lives.

I think that’s a message we can all get behind.

The season premiere of S.W.A.T. will be telecast tonight on CBS at 9 p.m., followed by another new episode in the series' regular 10 p.m. time period.