CBS' Tassler at TCA: "Distinctions Between TV and Streaming Companies Miss the Point" 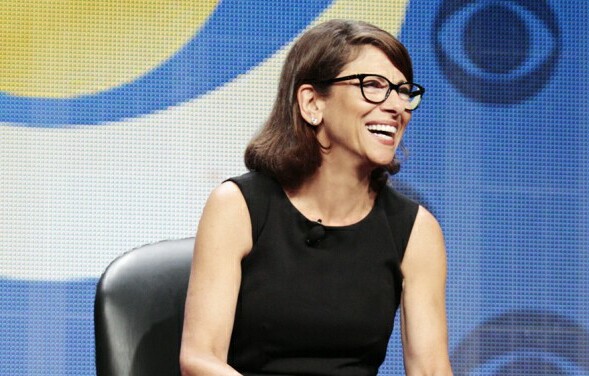 CBS, the network once (and still sometimes) referred to as “old,” certainly seemed to be on the younger end of things Monday during its day at the Summer 2015 Television Critics Association tour.

Stephen Colbert, on hand to talk about his new gig as host of the network’s “Late Show” (set to begin September 8), twice stopped his session cold by live tweeting about the questions particular reporters were asking. (He identified one of them as “Rude Man.” For what it’s worth, that fellow was not a member of the TCA.)

The network announced that its other late night star, James Corden, would tape the August 21 edition of his show at YouTube Space LA and feature several popular YouTubers as his guests.

And speaking of YouTube, just as the session for the upcoming adventure “Supergirl” began, CBS uploaded a new video preview of the show onto it.

The TCA membership revealed where its head is at two weeks into a tour that has included a day-long presentation by Netflix and half-day sessions with Amazon and Hulu by asking CBS Entertainment Chairman Nina Tassler during her opening session more questions about the state of the broadcast business and digital technologies than the new shows set to debut on her network.

Tassler started off her press conference with some impressive announcements and observations: CBS this season will broadcast two NFL packages and the Super Bowl, marking the first time any network has had that combination of football coverage in the same year. The network’s long-running “CSI: Crime Scene Investigation" will conclude with a two-hour series finale on September 27 featuring original cast members.

She also noted that with Colbert and Corden firmly in place, CBS will for the first time ever own and produce its own late night programming.

But the true takeaway from the session was about the changing television business and the challenges and opportunities that the new TV order brings.

“The backdrop of the new season will once again be a TV business that continues to change at a very fast pace,” Tassler said. “That's fine by us. We continue to embrace the change and all the opportunities that come with it. We're evolving how we do business every year. Our advertising sales for 7‑day playback continue to increase. Our content carriage fees continue to grow. The demand for CBS programming is high on all platforms, and we've recently launched two new CBS‑branded over‑the‑top services, CBS All Access and CBSN, which you'll hear about later today.

“As a programmer, the greatest change continues to be the growing options available to the consumer: More places to watch and how to watch them,” she continued. “As part of this new landscape, we are analyzing our shows somewhat differently.  The network remains the all‑important content engine that starts it all.  But there are so many different ways to measure a program's appeal and reach that go beyond the overnight to even the demos.”

“The bottom line here is really simple,” Tassler declared. “We want to be wherever people want to watch. Distinctions between television companies and streaming companies miss the point.  Pretty much everybody you've seen [at TCA] in the last couple of weeks is both.”

CBS is successfully monetizing everything, she said. “As long as the programs themselves continue to perform, they have value across all the platforms.” She isn’t concerned that the after-broadcast popularity of CBS’ shows might compromise their initial ratings. “We have a very healthy live audience,” she asserted. “When you look across all the platforms, the sum totals -- which are the numbers that I've been talking about -- still reflect a very robust and vibrant market.

“One of the things that's really key about our schedule and key moving forward is our ownership position in many of the primetime shows -- fall shows and our returning shows -- which certainly puts us at an advantage,” Tassler explained. “There isn't a set equation, except the fact that the ownership puts us in a real prime position in terms of monetizing across the board.”

One critic wanted to know if the potential digital afterlife of a program can influence whether or not the network might pick it up. “We don't go into it that way,” Tassler said. “You go into it making and building and producing the best show you possibly can. [That] gives you the opportunity to explore all of these other platforms that will help you monetize.”

Pay no attention to sky-is-falling stories about the decline of broadcast television, Tassler advised. “We've got more viewers watching CBS now than were watching 11 years ago.  So that does reflect growth. As long as we continue to monetize, there is no concern that there are less people watching television.  Wherever they watch it, on whatever platform they watch, whether it's a tablet [or] a phone, whether they are streaming … counting our viewers, monetizing the content, that's key.

“The fact is that we continue to make successful programs that people continue to want to watch -- and as long as it's all monetized, we still win at the end.”