CBS' "The Great Indoors" at TCA: Millennials vs. Gen Xers 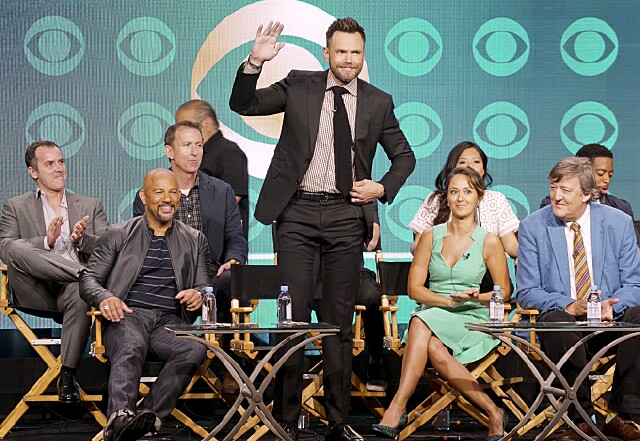 Beverly Hills, CA – More than any other new show this fall the CBS comedy “The Great Indoors” taps into something immediate -- the problems that arise when enabled and entitled Millennials who have no common sense clash with hardscrabble Gen Xers and younger Baby Boomers, especially in the workplace. Watching the pilot, one can’t help but laugh at or with many of the characters – including those who may not realize they are being made fun of. It’s a great balancing act, at least so far (this is not a formal review of the series), helped immeasurably by the casting of Joel McHale and Stephen Fry as the “elders” in the office and the many young newcomers who portray their twenty-something nemeses.

Fortunately for CBS, the humor that pulses through the pilot similarly powered the session for the show on Wednesday during the network’s day at the Summer 2016 Television Critics Association tour.  The delightful panel with the cast and creators of Great Indoors immediately followed the executive session, which started CBS’ day on a decidedly challenging note, as critics pounced on CBS Entertainment President Glenn Geller about the lack of diversity among lead roles in and show-runners of the network’s five new fall series.  (It’s an important issue, to be sure, and one that Geller agreed needs more attention. But it is worth noting that, while there is still much work to be done, the growth of diversity efforts in television during the last ten years – even the last five years – has been expansive and impressive.)

If Geller’s session was dramatic, the Great Indoors panel was the opposite – though with its emphasis on all things Millennial it proved to be as timely in its own way. The workplace on the show, executive producer Mike Gibbons said at the start, “is filled with Millennials in an overly PC, coddled work environment. Believe it or not, [the idea for the show] really came from me being made fun of by Millennials. I was head writer at Late Late Show with James Corden, and just one example is the writers’ assistant had ordered lunch for everyone.  I went up to him, like, ‘Oh, man, I owe you money for lunch.’ And I take out my wallet, and he’s like, ‘Uh.' I’m like, ‘I’m not going to write you a check. I’m going to give you cash.’ And he’s like, ‘Uh.’  I’m like, ‘Cash is “uh”? When did that happen?’  And he was just so bummed out I wasn’t paying with my phone.  He’s like, ‘Don’t you have Venmo?’  I’m like, ‘Ven what?’ And it just occurred to me. [Since] when is 40-something the new 80?

“I was coming from that perspective, and they were unrecognizable to me as well,” Gibbons continued. “So I think there’s going to be an equal amount of jokes made at the Gen Xers and how they [have been] made to feel so old so quickly. I think this is the smallest generation gap I’m aware of.  It’s, like, eight years or something and all of a sudden, you’re out of it.” 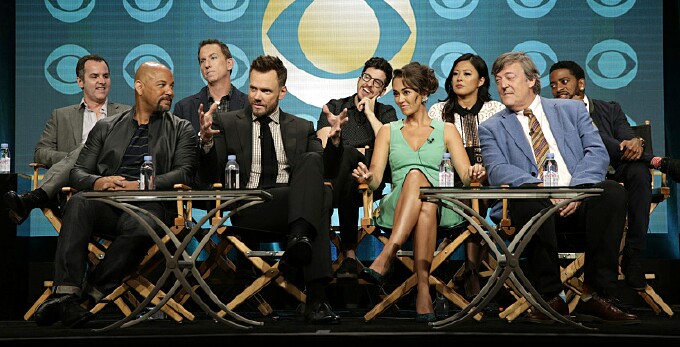 Sure enough, critics within the sensitive Millennial demographic began to grumble about being made the target of any jokes, let alone a few made in balance with jokes directed at other generations. Gibbons responded by talking about the focus group for the show. “There was a real Millennial that they got in the group of ten,” he laughed. Turns out the Millennial didn’t love the pilot. “He was like, ‘I don’t like all the jokes about us being coddled and too sensitive and thin skinned and all that,’" Gibbons recalled. "So the woman running the focus group goes, ‘Listen, I have to make a report. I just want to clarify. So you were offended that Millennials were portrayed as too sensitive?’ And he’s like, ‘Yes. Yes.’”

The room burst into laughter once again. “Thank you,” Gibbons replied.

Then a snippy Millennial critic asked, “As a Millennial myself, I’m curious -- can you talk a little bit about how we are so coddled and what about our overly politically correct workplace bothers you.”

Fry, a diplomatic gent, said in response, “It’s not only coddling, is it? I think there’s two sides, is the point. There is an element perhaps of coddling, but there’s also an element to which you have it tougher than the generation before, my generation.”

“Yeah, no shit,” the Millennial moped, before adding, “I’d like to hear from the creator, please.”

“The Millennial generation is very smart, and we have that in the show in spades,” Gibbons said. “They have a voice, and it’s great. But they also have an inability to resist taking four photos of themselves every day. So if something is about them, they will come, I think. And also, as I started to say, it really is an equal fight in this workplace. I mean, it was born out of me feeling so out of place and all the faults the Gen X generation has in the workplace.”

“I think it’s generational, because you have Stephen’s generation,” McHale interjected, referencing Fry. “He was born in 1905.”

“We have an episode that we’re writing now which is about the difficulties and the challenges in hiring and the pressure to be diverse -- which is a theme this week,” Gibbons said, referencing that TCA session with Geller and one the day before with FX chief John Landgraf. “The Millennial generation is incredibly diverse.  In our make believe office, it is as well.  It’s an interesting dynamic where things have gotten a little less formal. People are friends. Especially in this Millennial generation the line between your personal life and your workplace is very blurred. People are hired because of their reach on Snapchat and Instagram and so you’re hiring them for who they are. But then they get in a workplace, and even though they’re friends, it’s an out of place question to ask about someone’s sexual identity. So those are the areas that are sort of rich and ripe for exploring.”

“As Millennials, we represent the positive side, which is that we are so into diversity and we are the most inclusive generation,” said co-star Christine Ko. “That gives a voice for Millennials.  I mean, we make fun of [Joel’s character] a whole lot, and it is so fun.

“Yesterday, during the table read, we met a lot of the writers, and I was actually really pleasantly surprised,” she continued. “A lot of them were Millennials. There are certain things written in there. I was, like, “This is exactly the way I would talk.”

“Do you want Millennials to watch your show?” a young critic asked. Everyone on the panel replied in the affirmative.

“You come out here, and you are, like, ‘Ha ha. Millennials are so sensitive and PC!” the critic continued sounding, well, overly sensitive. "Do you want them to tune in? That’s so negative!”

“I think the best part from a Millennial standpoint is that we get to make fun of Gen Xers without any apologies, and that’s a great thing,” Christine Ko asserted.

“If we are actually offending Millennials and that is the reputation of the show, this is the best press ever,” McHale deadpanned.

“Part of it is also learning that we are framing it in the sense of this is what’s happening today with people our age versus Millennials,” young co-star Chris Harris added. “But there’s also an element of, everyone is always like this in their twenties.  [Joel’s] character was just as entitled and just as ready to take on the world as people are today.  There’s a little bit of learning you do, and there’s a little bit of learning his character still has to do in terms of connecting with the people who are younger today.”

CBS concluded the session by handing out participation trophies to everyone in the room.