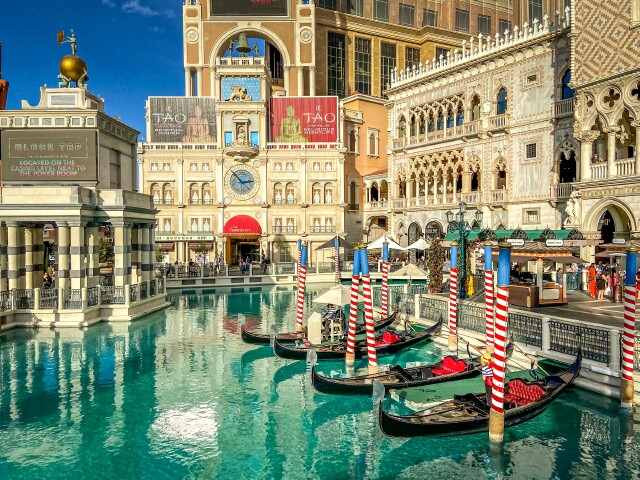 The Pavlovian response is running hard through many in the advertising and media industry this week. How can it be that it's already the second week in January and we haven't jumped on a plane like thousands of our colleagues? Why am I standing in front of my garage door for over an hour waiting for a taxi? Why am I checking my phone to see how long the line is at the Medialink party?

The struggle is real. We are supposed to be -- as much as many complain about and others, like myself, relish -- in Las Vegas this week. We should be kicking off the New Year with colleague reunions, client engagement, technology inspiration, top to top meetings between buyers and sellers, and a few cocktails and concerts mixed in. Yes, it's a bit of fuzzy work, but fun is why we chose advertising as a career and not accounting (with much love to accountants).

We are not in Vegas, but CES is here, virtually. In the pre-pandemic world, CES is usually attended by over 175,000 visitors with around 4,500 exhibitors. This year is all virtual, but it is a much scaled down version in terms of exhibitors, with only 1,950 companies participating. It's impossible to comprehend the economic toll this is taking on Las Vegas, a city whose core foundation is tourism and conventions that has been bereft of both for nearly a year.

Virtual CES officially kicked off last night with the opening keynote from Verizon CEO Hans Vestberg; an enthusiastic and optimistic view on how 5G will enhance and improve experiences from sports to music, education to package delivery to art. Of course, it would have helped if the AR demo featuring a live miniconcert by the Black Pumas had worked well. At least on my phone it did not. It appeared to be the same mobile web AR experience that was used for the Macy's Thanksgiving Day Parade with which I also had a few issues. Note to future keynote writers: Skip the live demo. Bill Gates will back me up on that.

The day preceding the first full day of CES is Press Day. I had the opportunity to view several half-hour presentations. (The benefit of this virtual format is that all keynotes, press conferences and panels must start and end on time.) On a macro-level my take so far is that, for the companies exhibiting at CES this year, most of the tech is iterative and not innovative, with a few exceptions. No matter how good a face these companies put on and no matter how well remote-work has allowed the companies to keep going, the year of 2020 was so volatile, and the initial impact of the pandemic induced so much uncertainty, that it did have a true impact on roadmaps and innovation. Also, the economic impact that the pandemic has made has provided a disincentive for companies to launch major new products if the general market cannot afford them.

While previous years at CES may have focused on entertainment devices such as TVs, the clear focus this year, for obvious reasons, is on health. We saw a focus on home air purifiers from companies like LG and Panasonic, and robots for offices, schools and medical facilities that kill germs with UV lights. Also, improved AI in home-vacuuming robots that allow them to differentiate between objects.

I was a bit surprised by the number of phones that were introduced. (If you glance above, I did mention that there were exceptions to the lack of innovation.) New phone launches and announcements are generally held for Mobile World Congress or shortly thereafter. In fact, the last major phone that I can recall being "launched" at CES was the Palm Treo in 2007. We have seen Samsung highlight their foldable AMOLED phone over the past two years. However, Samsung botched the launch of the Samsung Fold and enthusiasm seems to have waned, although it is actually a really cool phone. Today, I saw two companies, LG and TCL, introduce rollable phones that extend out when you press a button. IMHO, that's even cooler than the foldable phone. TCL's is a 6.7" AMOLED rollable display that extends to 7.8".

For Harry Potter fans, you will want to get the TCL C50T scroll, which I was sure was the Marauders Map. It's a 17" tablet that unrolls like a treasure map. It's full color, but more like an e-ink device. No word if this will ever come to market, but if it does, it goes on my wish list. You can view both the TCL phone and the scroll here.

LG did not actually mention their phone in their press conference but teased it in a video in a true "drop the mic" moment at the end of their conference. They have confirmed that it will actually be available this year to consumers.

Samsung's press conference was fairly underwhelming (perhaps because they will be holding a high-profile event not officially associated with CES on Thursday to reveal the Samsung Galaxy S21 5G phone). But I give them props for recognizing that with all these new COVID-19 pet owners there is a huge market for pet tech. They are creating a SmartThings pet platform that takes their JetBot 90 vacuum cleaner and turns it into a way to check on your pet, as well as trigger a feeder to give Sparky a treat.

In terms of television, Micro-LED is the go-to tech these days with all manufacturers. Samsung introduced "The Premiere," which can go up to 110" and has a bezel-less design with Quad View that splits your screen into four so now you can watch all your Fantasy Football players crash and burn at the same time.

LG has completely redesigned WebOS in 2021 models for easier content discovery. They have also added a dedicated Disney+ button on the remote.

Chinese manufacturer HiSense touted its TriChrom Laser TV with 20% increase in brightness enhancement at the pixel level and a 128% improvement in RGB color. They also touted some impressive growth numbers, up 288% in 2020 across 17 countries.

Also on Monday, Samsung showed off a home robot that can pour wine and do dishes. Don't make a mistake. I want a robot at home to do that and ideally the laundry, too. (Ahhhh, now I get why the washer and dryer need AI.) However, I am kind of ready for the robots to be consumer-sales ready and not just a fun bit of marketing hype at trade shows. Zoom brought us Jetsons-like communication. Now let's get Rosie the Robot out there.

Finally, Mercedes Benz unveiled its MBUX Hyperscreen instrument panel. It's an elegant, all-virtual, completely glass panel encompassing three screens including a dedicated screen for the front side passenger. The screen is an eye-catching 56" powered by eight CPU cores and 24GB RAM with embedded AI that learns to anticipate the driver's daily infotainment needs.

That's all for Press Day. More great information and announcements to come as CES 2021 officially gets underway.

Each year prior to the actual start of CES, I have a tradition that has been on-going for almost 15 years. I head to Canonita at The Venetian (pictured at top), which is a Mexican bar/restaurant on the "canal," and meet up with colleagues and friends for incredibly good guacamole and some of the best margaritas that you'll ever have. We toast in CES and then head to the opening keynote.

This afternoon, as I was following the press conference from Livingston, NJ, I realized that was another thing that COVID-19 had stolen from me.

As I mentioned above, it is de rigeur to complain about CES. It does suck that it comes at a time when you are all ready to get back to work, refreshed from a holiday stretch, and you can't just dive right back into it. Vegas is unwieldy to get around, although the truth is that in the Uber era it is significantly better than it was.

Yes, by Day 2 your back, your feet and likely your head all are pounding and just one more hour of sleep would feel so good. But I thrive and am energized by it, and I believe many of you are as well. The confluence of a global community of companies and entrepreneurs dedicated to improving the world through technology, the thoughtful and insightful panels, the camaraderie of getting together with colleagues and old friends and meeting new friends, and even the cheesy scripts of keynotes and the bad '70s artistic dance interpretation segments that inevitably appear.

So, next year on January 4, God willing, I invite you to join me at around 3 p.m. at the Canonita. We can toast the end of the pandemic, the return of civility, and the promise of healthy and equitable abundance that a digital world may bring.