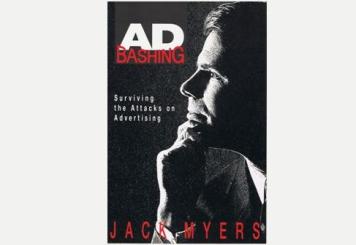 In my recent MediaVillage interview with Frenemies author Ken Auletta, he commented: "In all my books and my work with The New Yorker I've focused on two types of people.  One sees new competition and says, 'Change is a problem. Woe is me.' Others say, 'Change is an opportunity and I will use it as a spur to change my business or I will die.'  That's what Bob [Greenberg of R/GA] is actually saying.  Change or die."

'Change or Die!' is the Chapter 1 title of my 1993 book Adbashing: Surviving the Attacks on Advertising.My message then, reprinted below without change, was eerily similar to the core message of Auletta's new book and Greenberg's warning. Those who believe we can, as an industry, continue to ignore warnings and believe that traditional business models are sustainable should take note.

Change or Die! Facing Reality: Are Advertising and Media Dying?

Business is dead. They killed that proposal. It's a dying brand. The Fall 1991 issue of Best of Business headlines "Madison Avenue is at a Dead End." In business, death and dying is a constant theme. The threat of failure == of dying – hangs over every presentation… every business decision. Fear pervades the business community, so much so that any degree of risk becomes unacceptable.

Change, by its very nature, involves risk. So, naturally, business has become risk-averse. On the surface the advertising business appears to be a business where change comes with the territory. Witness the growth of cable television and the upheaval caused by recent government regulations. Study the dramatic fragmentation of the magazine industry. Changes in the retailing industry and the resulting rise of trade and consumer promotion have come at the expense of traditional advertising. Ad agencies are continually opening and shuttering their doors; agency firings and hirings are taking place at an accelerated pace.

But the state of constant change is deceiving. In reality, the marketing, advertising and media businesses are staid and relatively unchanging. Practices and influences from as far back as the late-1800s are still dictating decisions. In the new media and marketing environment of the 21st century, many of these practices will no longer be relevant.  Worse these practices are killing the advertising business. Adherence to the past and reliance on traditional means of conducting business have precipitated a collapse of the foundation, structures and principles upon which the advertising industry, and our nation's economic support system, are based.

During the past 20 years America's marketing muscle, upon which is built its worldwide economic and political strength, has been sapped. Case studies charting the decline of U.S. industry fill the bookstores. It is time to take a hard look at our approaches to marketing. First, are the resources with which we make marketing decisions relevant to today's corporations? Second, are advertising agencies prepared to respond to the radically altered environment in which they are operating? And third, can media companies react to the explosion of technological advances, the expanding universe of media opportunities and the impact of interactivity?

This book is about change: why and how the marketing, advertising and media businesses must completely change the concepts, premises and strategies upon which they operate. Much of this book is focused on changes that have taken place in society and the hidden impact they are having on the foundation of financial and consumer support for the television programs we watch, the magazines and newspapers we read, the radio stations to which we listen, the products we buy, the stores and locations in which we shop.

It offers a guide for reviewing the role of advertising in American life and for recapturing America's marketing leadership. Those in the marketing, advertising and media industries may find this book to be a map for the future or they may be threatened by it. Perhaps both. Those with a more casual interest in the topic should, at the very least, be entertained by and, hopefully, be educated about the important contribution marketing, advertising and media make to our everyday lives. I hope all readers will be enlightened and will think about how they are responding to the reality of a changing world. My goal in writing ADBASHING is that all of us in advertising and media may change and thrive and never be forced to confront the prospect of working in a dying business.

Jack Myers Note: Advertising and media ranks last among fifteen industries in attracting and retaining talent. Starting salaries are among the lowest. Economic analysts express concern that once the current wave of media industry consolidation passes, there will be little incentive to invest in the industry. Marketing budgets have increased only an average of 0.5% annually for more than two decades and are down in the double digits when factoring inflation. The signs are clear; the solutions remain unclear.