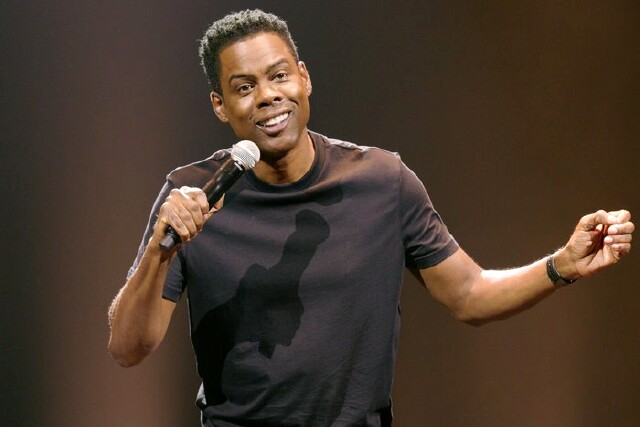 Like fellow stand-up legend Dave Chappelle, actor and comedian Chris Rock has a talent for effortlessly executing tight sets that occasionally consist of semi-educational social commentaries wrapped in personality driven humor.  But he has never been funnier or more on point than in his most recent Netflix special, Tamborine.  Rock is a Black man in America, a celebrity, a father and a recent divorcé, so naturally those are the topics he touches on during his show.

What stood out to me were the gems of advice he dropped to the men in the audience.  Many of his very forward-thinking comments were synonymous with some of the talking points in Jack Myers’ 2017 TEDWomen talk, which pretty much boil down to his belief that today’s men are being done a disservice by the leftover influences from a negative patriarchy that was once the norm.  He believes there are several solutions to this problem, and one solution that he and Rock seem to agree on is education/mentorship.

As mentioned above, Rock is a father, and that means more parent-teacher meetings and orientations than one would like – and more material for his comedy.  At one such event he notices the vice principal telling students that they can be anything they put their minds to.  This is a nice thought, but far from the truth.  According to Rock, the real truth we should be telling our kids is, “You can be anything you’re good at, as long as they’re hiring.”  He goes on to add this dream-shattering cherry on top: “And even then it helps to know somebody.”

The common idea here is that this new generation of men isn’t being prepared as vigorously for the real world as women are now and have been since the women’s movement started around 60 years ago.  Women have always had an uphill climb during their fight for true equality, gaining the necessary skills and ambitions along the way, while men have been nonchalantly enjoying the spoils of their perceived victory in the battle of the sexes for years, either to the point of complacency or hare-like bravado.  (Remember, the hare lost that race with the tortoise because he was too full of himself.)

Both Rock and Myers feel that educators/mentors would better serve the next generation by being honest about not only the world’s trials, but men’s own limitations, as well.  Realistic expectations are necessary but impossible to have when no one’s willing to tell you the truth.

Relationships aren’t easy, but according to Myers, men need education in the emotional maturity department as well, mainly to keep up with the no-nonsense attitudes of the women recently empowered by all this positive change for their gender.  In his opinion, it’s the lack of positive father figures and emotionally healthy, domestically capable male archetypes in the media that have contributed to this imbalance.  In his TEDWomen talk he mentions that, statistically, a whopping 85% of all the long-term relationships in America that are ended intentionally are terminated by women.  Furthermore, most of those dudes haven’t the slightest idea what actually went wrong.

This is an issue that was also identified and addressed by Rock, who says: “Fellas, take care of your wives or girlfriends. Take care of her!  Or she will leave you.  She will leave you either physically or mentally.  A woman can leave you mentally.”  He further sells his point by adding, “There’s guys that think they [are] with [their] wife right now.  No n**ga, she left you months ago!  She just came ‘cause you got tickets.”

Besides illustrating the horrifying experience of being in a relationship that was over long before one realized it, these jokes also speak to the urgency with which both the male gender and the people helping shape the next generation of men need to wake up.  Women are teaching women what they need to know to survive in what was once absolutely “a man’s world,” but now that that world is gone, who’s teaching men how to survive in the new one?

Just to be clear, the last thing I’m doing is trying to start a pity party for the male gender.  I’m fully aware that men in general have been just fine over the ages (white men mostly, but I digress) and women have unarguably had it worse.  That said, I’m obviously not asking anyone to shed tears for my Y chromosome-carrying brothers, but I do feel as though there are unfair expectations placed on us at times, and very little sympathy or understanding about the collective impact on us.  It’s as if we have to earn through our deeds the same love that seems to be easily afforded to others.

Rock expresses the same concern, but not in so many words.  “Women, children and dogs are loved unconditionally,” he says.  “A man is only loved under the condition that he provide something.”

In his TEDWomen talk Myers essentially makes this same point.  According to his research more than 50% of men born between 1990 and 2000 have been raised in fatherless homes in which the mother was the primary caregiver.  This naturally leads to the scenario where, for these men, gender norms and stereotypes are less important, but again, the stigma of being taught to pursue dominance economically, physically, politically and in relationships puts them in a state of personal conflict.  Do they conform to society's hopeful idea of what they should be (i.e. vulnerable) or reluctantly accept the potentially crippling pressure of all that responsibility (i.e. man up)?

This, to me, is the most poignant of these sentiments because it’s something that’s been instilled in human beings for thousands of years.  This is perfectly summed up by the rhetorical questions Rock asks the audience while making this point:

Q: “Fellas, when you meet a new girl what do your friends ask you?”

Q: “Ladies, when you meet a new guy what do you friends ask you?

The name of Rock’s special, Tamborine, isn’t just the name of a Prince song.  It’s the ethos of his whole set.  It comes from the idea that in a band everyone has to play their role, whether they’re the lead singer, the drummer or the person on tambourine.  This sentiment remains the same when it comes to how we as a people can make the future of both men and women a brighter one.

Expectations for the men of the future are high, and the mentoring and support they need to survive in a more feminist world is sorely lacking, if present at all.  But most of the time men are meant to just suck it up and deal.

“I know it’s hard being a woman, but there’s a coldness you have to accept being a man,” Rock says.  I agree, and I think that reaching a future where true equality exists for all genders, sexual orientations and creeds is anything but impossible as long as we all work together.

Tambourine can be seen on Netflix.