Clout vs. Klout: Why They Aren't the Same And Never Will Be - Tony Greenberg 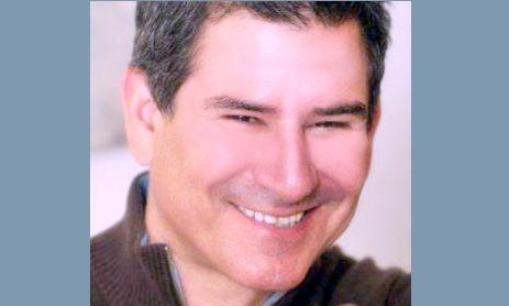 There's been a lot of noise lately about Klout, which creates a single numerical value designed to encapsulate your online influence.

Marketers trying to connect with social-media "influencers" love this idea of One Number to Rule Them All. Klout explicitly tries to emulate for individuals what Google's PageRank system does for website reach and reputation.

But lots of people complain vociferously about Klout, even as its corporate partners dish out "Klout Perks," such as free entry to events and early peeks at hot products, based on its scores. Complaints include:

• The score algorithm is opaque. You know, kind of like Google's PageRank system.

• The system can be gamed. One skeptic used Twitter bots to artificially generate a strong Klout score with a couple of months of "work." You know, like what can happen with PageRank.

• The system doesn't measure off-line influence (or even most blog services). As one writer put it, Klout can't up Marc Andreessen's score just because the dude helped found the modern Internet. Basically, Andreessen's Clout far outweighs his Klout. But again, the inability to factor in many sources of influence is hardly unique to Klout. In fact, PageRank faces many of the same challenges.

So, Klout already has attained one big goal: it islike PageRank, except nobody complains about Google for trying to rank them (Google whiners probably would be consigned to Eternal Search Limbo if they did, but that's another story).

"I have as much authority as the Pope, I just don't have as many people who believe it."
George Carlin

But I'm not here to slag Klout, whose CEO says the company is constantly trying to improve. The real issue is the true nature of influence, and what that means for marketers and others trying to leverage it.

Klout outrages some in ways Nielsen, comScore or other media-measurement services never have. Why? Because, in this era of self-created media/social networks, Klout isn't measuring some distant and massive media corporation. Rather, it's measuring you.

In "The Search" John Battelle details the Google Dance, the Darwinian tech tango caused every time Google tweaks its ranking algorithms. For site owners, such algorithmic shifts can make the difference between living on a yacht and living on the street, fueling an endless evolutionary minuet of action and reaction between Google engineers and SEO gurus.

Klout makes this tango personal. In "Your Brain at Work", David Rock describes how neural circuits and brain chemicals influence our capabilities for status, connection and fairness, resulting in inexplicable behaviors such as why people spend so much on designer items, or battle ferociously to be "mayor" of the corner coffee shop.

Mix the Google Dance with the hunt for status, and you can see why Klout conjures such strong opinions. As Cloudonomics founder Joe Weinman observes, Klout combustibly mixes rational economic decisions with "lazy, hazy, and crazy" behavioral economics.

"The history of American politics is littered with bodies of people who took so pure a position that they had no clout at all."
Benjamin C. Bradlee

But why are we online, tweeting and posting and sharing? What's our motivation? Are we trying to influence others when we post about our life, or products we like, or stuff we find interesting? Are we shilling when we're sharing?

To put it another way, is the most influential and powerful person in a room the one with the most keys (or most widely shared social-media posts), or the one who can get the most doors opened for him/her?

At the heart of these rather cosmic questions is a really important truth that a Klout score can't quite capture: other people grant power and influence to you. You only have influence when someone else gives it to you.

My companies, RampRate Sourcing Advisors and DeepStrat Digital Strategy, do research too, but we don't sell it publicly. Compared to Gartner's great big bullhorn, we might as well be mimes in a black box.

That said, we dopublish to highly focused audiences, i.e., the client who commissioned a project. We don't ask how much a random pair of jeans costs; we ask how well does this specific pair of jeans fit your body? And our work can shape the decisions of very big clients and, in turn, affect entire industries.

Given that, which research is more "influential," even if you've never really heard about one of the companies? Sometimes, a strategic silence can be golden.

"Nearly everything you do is of no importance, but it is important that you do it."
Mohandas Gandhi

More personally, I blog a lot for my own site and various other outlets. Occasionally, I write about industries my companies serve. But my blog-driven bullhorn seldom touts my companies or even me as their glorious and brilliant leader. Hard to believe, I know.

Instead, many of my pieces are motivated by a Ralph Nader-ish impulse, when I'm frustrated by the anti-consumer misdeeds of power utilities, car dealerships, computer stores and others. Other times, I highlight lifestyle and moral choices that can improve our lives or the planet.

Am I trying to influence you? Yes. Do I make money from it? In nearly all cases, no. But based on the responses my blog pieces get, lots of people are listening, and that is its own significant reward for me.

I started writing because when I meet people, they almost never understand what I'm talking about. Writing gives me a chance to communicate to them in a way they can understand.

"Influence without trust is no influence at all," declares Xin Chung, CEO of the just-launched Trustcloud.com, which attempts to put a number onhow much your social circle trusts you, as evidenced by the "birdseed trail" of your interactions with them across the web.

Klout and its many competitors aren't measuring that trust-driven influence, which is too bad, because that kind of influence might help change the way we think about our world, even if it isn't really about selling or buying things.

Power, real power, comes in many forms. What you do when no one's watching can indeed affect the world. Random acts of kindness prevail where pompous over-sharing fails. True clout is what you get as others measure your actions and decide where they will repose their trust.

Read the sidebar to Tony's commentaryhere.

As CEO ofRampRateSourcing Advisors and DeepStrat,Tony Greenberghas been an idea generator transforming perceptions and industries since he was 17. Under Greenberg's leadership for more than a decade,RampRatehas radically changed how IT services are purchased, creating actionable, data-driven, sourcing information that has saved tens of millions of dollars and thousands of hours of headaches for major clients in entertainment, Internet services, finance, media and video games.DeepStrat, a spinoff from RampRate's strategic research arm, focuses on growth-advisory services for companies in the digital media value chain, particularly in mergers & acquisitions, ramp-ups and funding plans.

Read all Tony's MediaBizBloggers commentaries at Only Time Buys Trust.

Chairman RampRate An idea generator turning perceptions and industries sideways since he was 17, Tony Greenberg is currently tearing down and rebuilding 2 markets: IT services and wine & spirits. From driving mass customization in the eyewear industry, t…