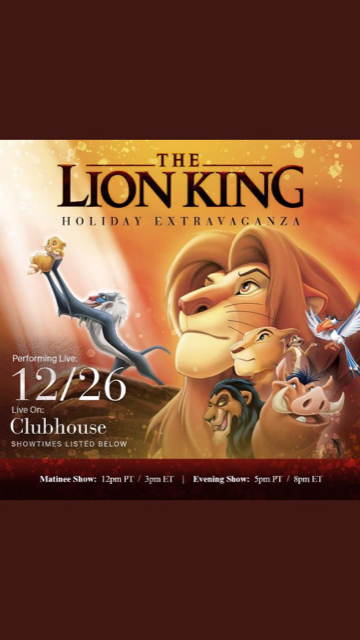 Audio and audio adjacent content has been a high growth story in recent years. The notable rise in audio has been both content, most notably podcasts and in medium, including smart speakers and more. Even though podcasts and the industry's consolidation have garnered the lion's share of the attention, there is more going on. As I cited in my 2019 piece, we are in an aural fixation. "The notion of the primacy of sight over sound is the defining battle as audio is woven into daily life," I stated. "Audio has always been a significant part of our lived experience. The ability to engage the audience with in-depth, engaging stories, to challenge social norms and emotionally resonate in branding makes our aural fixation a formidable and influential movement." That primacy for engagement was on full display when the app Clubhouse hosted a cast reading of The Lion King that set the internet on fire.

Clubhouse needs no introduction as one of the fastest-growing social platforms in 2020. What started as an insular conversation between those in the VC/tech world quickly expanded to become the "must-have" invitation for tastemakers across the industry and disciplines. The irresistible draw was a chance to spend time in creative rooms discussing everything from the top hip hop album of the past two decades to Jay-Z Appreciation Day, i.e., Hov's birthday. Clubhouse positioned itself as a blend of influencer-driven content creation and organic culture authenticity. Rooms were created based on specific interests and fueled by the following: (1) Rooms are singular experiences. You are either in the room and thereby have the chance to participate in the conversation, or you aren't. (2) You have access to whoever came in the room, even the subject of the room itself, as when Kevin Hart jumped into a room discussing whether he was funny or not. (3) Unlike many influencer spaces, Clubhouse allows direct connection to expertise. The more knowledgeable the room creators and guests, the more valuable the conversations.

According to marketing executive and event producer Noelle Chesnut Whitmore, the Lion King reading/performance was birthed out of a Clubhouse room. In a press release, Ms. Whitmore shared that she developed the idea after meeting Chris "Boogie" Glover, another user of the app, and felt his unique voice was just what would be needed to make the vision come to life. A full cast was put together, and on December 26, two performances were held (3 p.m. and 8 p.m.) to critical acclaim and top trending status on Twitter. Whatever limitations one might have perceived in an all-audio format were quickly dispelled, as the performances were practically seamless. 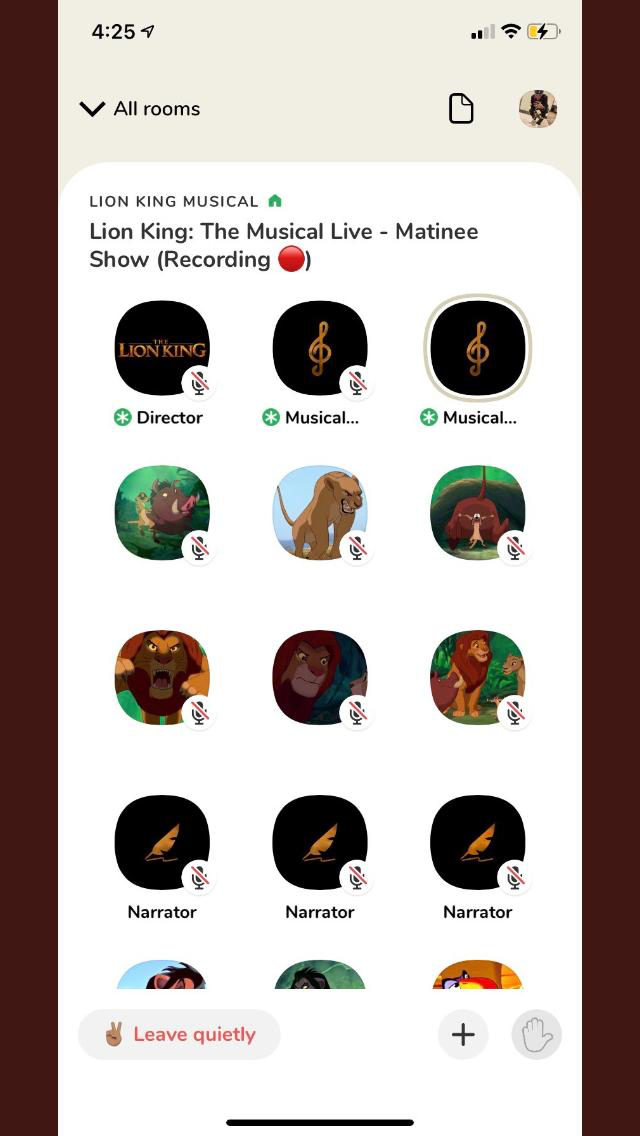 The growth of Clubhouse is being propelled in part by giving free rein to creators who want to engage with the culture with as little filter as possible. Like Club Quarantine launched by D-Nice in the early days of the pandemic, Clubhouse leans heavily on Black excellence. D-Nice pushed the boundaries of IG Live and made the feature a viable content platform. With the performance of The Lion King, we could be witnessing a similar moment for Clubhouse. Pushing beyond conversation to interaction, this live performance stretched the medium yet again. Could this performance have been possible without the online serendipity fostered by the creator-driven rooms? Much in the way the reading of War of the Worlds by Orson Welles changed how we think about radio, this performance could do the same for Clubhouse and digital audio.

Clubhouse is threading the needle between the exclusivity of an "invite-only" model and granting creative freedom once you're behind the audio curtain. This model has credibility, especially in a culture dominated by drops in the sneakers and streetwear worlds. The invite is a scarce asset, but once you're in "the room" there is the unfettered and uncensored access that would have previously only happened behind corporate doors or at exclusive conferences. Clubhouse is making twin bets on both the scarcity of the invites and the ubiquitous nature of audio. The unifying theme is the culture, and that is where the richness of Blackness can take root. Clubhouse is a space in flux, and as demonstrated by The Lion King that is fertile ground for innovation driven by Black culture and interest.

The pandemic forced many of us to stretch and adapt out of necessity. In 2021, audio will increasingly be the medium through which we stretch with intention. If The Lion King is any indication, Clubhouse is well positioned not just to push the boundaries of audio, but with a culture driven strategy, it is poised to win.