Black in the Age of Coronavirus: Lessons From Club Quarantine 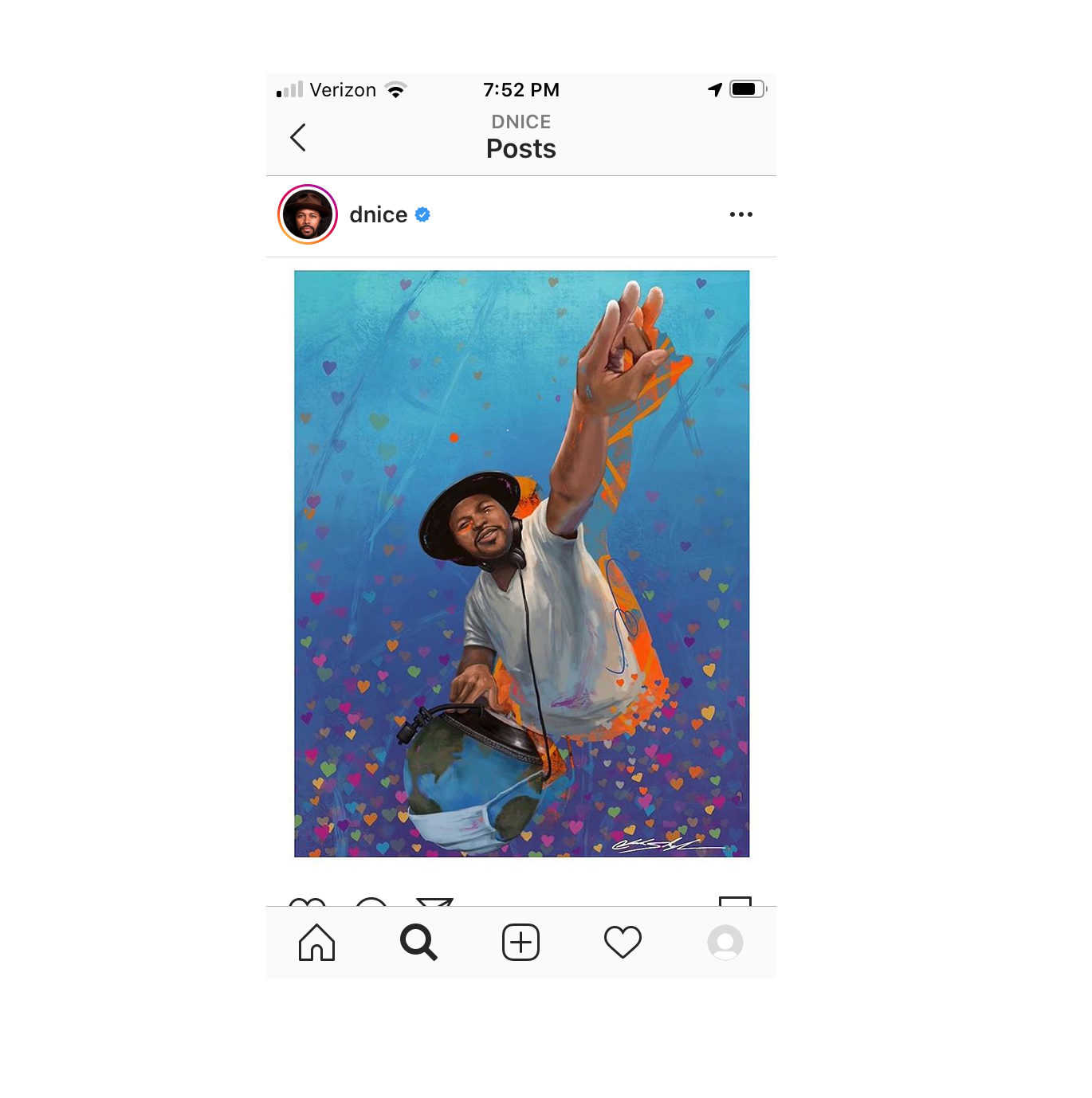 We are living in a period unprecedented in recent memory. The coronavirus (COVID-19) global pandemic has ground social and economic activity to a halt. Responsible governments are calling for all non-essential workers to stay home, schools across the globe have closed, countless events have been canceled, and social distancing is now the new normal. Palpable anxiety has gripped our collective psyche as we come to terms with an uncertain present and an even murkier future.

As we attempt to adjust amid an unsettling and fluid reality, much-needed solace has come not just from the comfort of family, friends, and other loved ones, but also from artists and creatives. Black culture, in particular, has answered the call and carried the weight of creating incredible moments in the age of coronavirus.

Online concerts from Anthony Hamilton, Erykah Badu, and John Legend were just a handful of the more notable events dotting our digital landscape over the course of the past week. Nothing could have prepared the world for what legendary DJ D-Nice accomplished with his Club Quarantine set last Saturday evening. He broke Instagram (IG) Live records when more than 100,000 people joined him for a nine-hour online dance party. 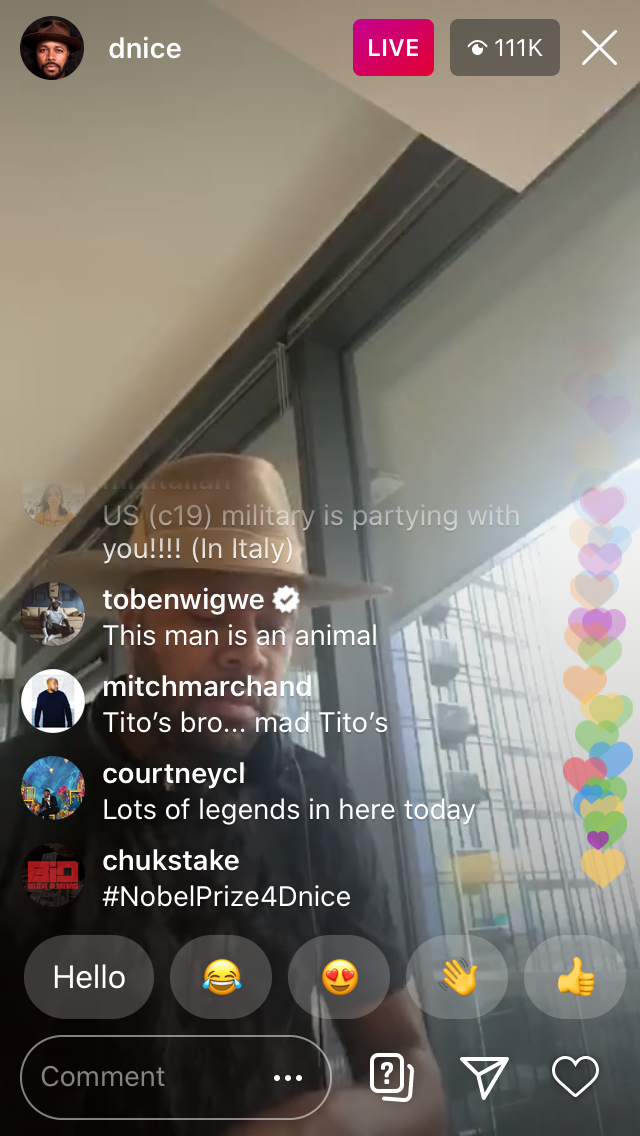 It wasn't just the number of people who participated that makes this remarkable; it's who they were. Luminaries such as Michelle Obama, Janet Jackson, Will and Jada Smith, Mariah Carey, and even Bernie Sanders and Joe Biden made Club Quarantine their party spot. D-Nice managed to do what most brands attempt to do, but typically fall short: He brought together a "who's who" and gave them a shared experience that would have been almost impossible to emulate in real life. D-Nice and Club Quarantine claimed the attention of the incredibly engaged and influential black audience and, in turn, commanded the attention of the world.

D-Nice was able to make his digital dance party a "must listen" event because of his unique place in culture. He has had a long and storied career in hip hop as an original member of Boogie Down Productions, an artist with a hit solo single, a photographer, and, of course, a renowned DJ. Despite all these accomplishments, D-Nice remained a less-known commodity in mainstream circles. While other (and lesser skilled) DJs routinely top the Forbes list of highest-paid performers, none of them could do what D-Nice was able to. He has earned that type of pull because he paid his dues and is respected within the culture. That is precisely why he was perfectly positioned to take over the world on Saturday and exactly what mainstream marketers consistently fail to grasp.

Culture is about being in the know and about knowledge existing in the margins. Culture is embodied in the "for us, by us" mentality and the codified language of rappers. Culture is more than a tool of brand commerce; it is a necessary salve in trying times. We don't look to brand messaging in uncertain times; we look to each other. We were able to find each other in D-Nice's IG Live session, and it showed the significance of culture in full display.

Are there lessons to be learned from D-Nice and Club Quarantine? I suspect, on some level, there is and isn't. There are exciting bits and pieces that, of course, brands and marketers should be trying to wrap their heads around. As they wrestle with that understanding, they should resist the temptation to believe they can replicate this moment. Some moments are just that: a singular instant in time. Instead of hoping to make the same thing, an effort should be made to dive deeper and understand "why" this was even possible, rather than just "what" happened.

I think we are seeing that art and culture matter deeply to people. Part of my "Cultural Prime Directive" is a "love-centered revolution" — and that IG Live feed was full of love. You felt love in your living room, your bedroom, wherever you were viewing. Center love in what you do if you want to connect to people. Trust in creators. D-Nice did what he wanted to do on his terms and in his way. It worked because he knew his audience better than any marketer could.

Culture is greater than tech. Instagram is very popular, but IG Live has had a moment that the platform itself could not have predicted. Hip hop was born from taking what was discarded, or existing in one static state, and repurposing it into something fresh and new. From the first block parties in the Bronx to using TR-808s to make beats, hip hop is the art of the remix. I am sure Instagram's developers are working double time on new features to build into the platform after witnessing Club Quarantine. Culture opened up new possibilities in a somewhat bland tech feature. 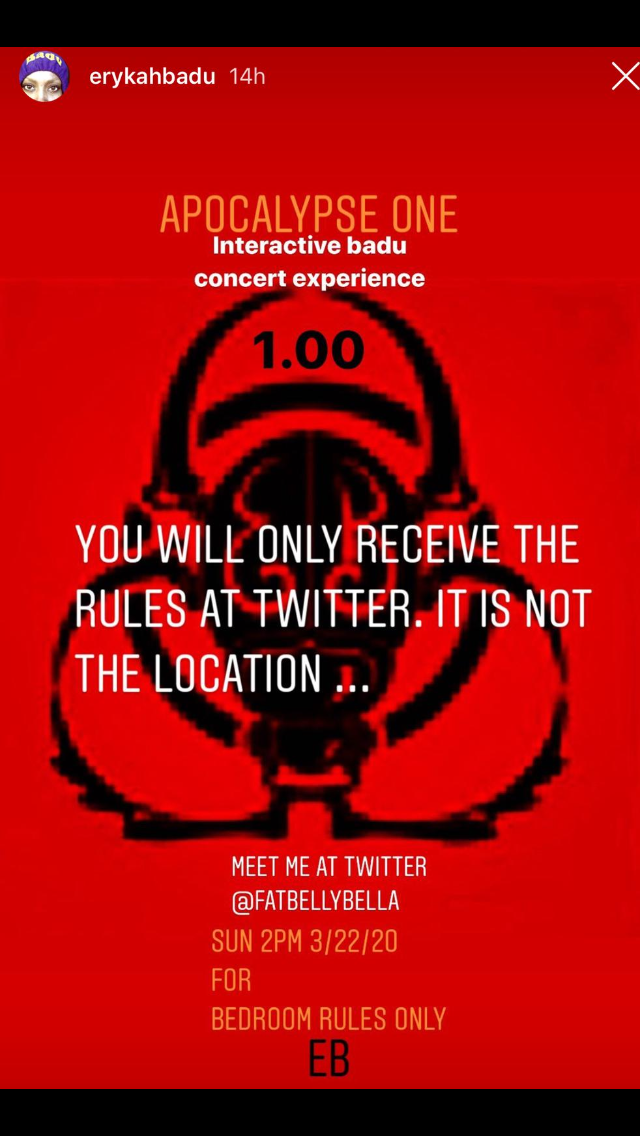 Culture is layered and works on different levels, all at the same time. In other words, culture is a matrixed ecosystem, rather than a linear one. Relationships are profound and, in many cases, non-traditional. They are the product of Howard homecomings, late-night house parties in Fort Greene, art kids' smoke sessions, indie labels' A&R departments, and everything in between. There isn't a roadmap that brands can follow to get from Point A to Point B. So, searching for one, or expecting some "influencer algorithm" to do the job for you, is next to futile.

Toward that end, I will say it louder for the people in the back: Hire, listen to, and empower black creatives. They are your best and most reliable way to understand the culture and just how multifaceted it is. They can navigate the ecosystem because they are a natural part of its makeup in the first place. Failing at diversity and inclusion is failing at culture. Black creatives are making the wave your brand is trying to surf. Ask yourself if playing catch up on culture is a risk your brand is willing to continue to take.

So, as the Club Quarantine movement continues to grow and we check-in for our essential doses of vibes and good feels, reflect on how your brand can do culture better. Use this moment and the others that will undoubtedly pop up to understand better how culture can be just as natural and relevant as what you're experiencing via IG Live. Wash your hands, stay inside, and bear witness to culture.