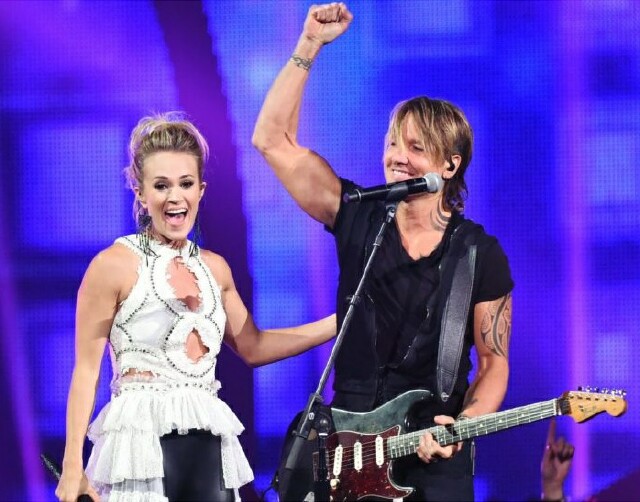 ABC must be feeling even happier with its acquisition of American Idol after last night’s CMT Music Awards, which in addition to remaining one of the most entertaining programs of the year served once again to remind everyone watching of the enduring impact of that legendary competition series -- more than a year after Fox cancelled it.

It wasn’t the first time, but the CMTs last night seemed to spotlight an Idol personality at every turn.  Keith Urban, famous for much more than serving as a judge for four years on American Idol, had his best night ever at the CMTs, taking home four awards including one for Collaborative Video of the Year with one of the most famous Idol winners of all, Season 4 stunner Carrie Underwood, who often leaves these and other music awards shows with an armload of fresh trophies. (She now has an impressive 17 CMTs!)  Underwood and Urban (pictured at top) gave the most memorable performance in a 2 ½-hour show chock full of same with a powerful rendition of their hit “The Fighter” (the video of which earned them the Collaborative Video award).

Meantime, and more surprising to everyone including the winner herself, Idol Season 12 runner-up Lauren Alaina was honored with the award for Breakthrough Video of the Year (for “Road Less Travelled”).  Alaina later performed the song on the Firestone Stage (more about that below).

Also, the always delightful Kellie Pickler, a much-loved veteran of Idol Season 5 (and star of the upcoming CMT reality seriesI Love Kellie Pickler) was also present at the Music City Center arena.  And she was featured in the funny video that opened the show, in which the lavish home occupied by Deacon Claybourne and, until a few months ago, his late wife Rayna Jaymes in the CMT drama series Nashville, had been listed on AirCMT and was suddenly bursting with country stars including Luke Bryan, Thomas Rhett, Florida Georgia Line, Little Big Town and Billy Ray Cyrus, as well as Pickler herself -- much to Deacon’s dismay. 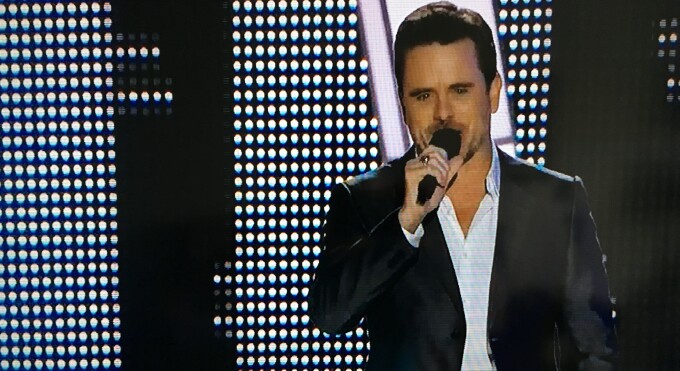 The video was on point as the perfect opener for the show, because the host was Charles Esten (pictured above), who plays Deacon on Nashville, which just began the second half of its fifth season (its first on CMT after a four-year run on ABC) and needs a substantial promotional push after the departure of star Connie Britton from the cast (and the on-canvas demise of the beloved Rayna).  Esten is a strong actor and an even stronger singer, and while he is obviously new to hosting he did the best anyone could do with the silly material he often was given.  With practice (and better writing) I can see him perfecting this new aspect of his burgeoning career.

CMT’s presentation of its annual Music Awards remains the most entertaining telecast of its kind, even at a time in popular culture when it seems as though there are more award shows than there are artists to be honored.  Maybe that’s because, unlike every other awards show, especially those revolving around music, the CMTs consistently manage to be simultaneously epic, in terms of talent, and intimate, in terms of how they present that talent, in the arena and especially outside in locations throughout Music City itself.  In other words, no other awards show so completely and lovingly embraces the city in which it takes place, though many of them try. 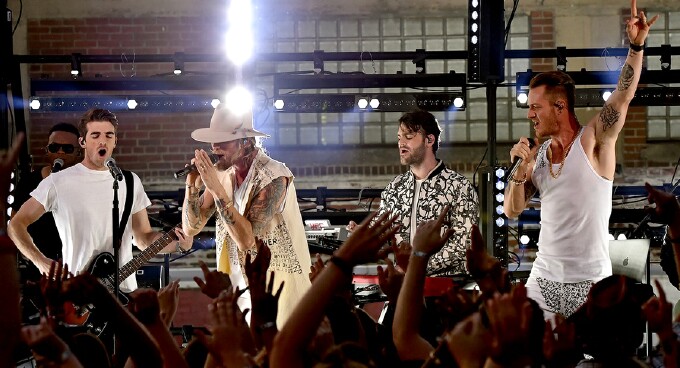 Remote performances last night included Florida Georgia Line and The Chainsmokers (pictured above) at the former’s new Nashville club FGL House and Kelsea Ballerini on the Hershey’s Outdoor Stage (a colorful promotional platform for Hershey’s Cookie Layer Crunch candies).  Earlier in the telecast, rising star Devin Dawson appeared at the Pepsi Firehouse to kick off home viewer voting for the Social Superstar of the Year award.  That award, like many others, ultimately went to Keith Urban.  (It was a great night also for Urban’s wife, Nicole Kidman, seated in the audience throughout next to Carrie Underwood and cheering her man on from one award to the next.)

For as long as I can remember the CMT Music Awards have been an excellent platform for brand integration and advertiser messaging. The branded remote locations mentioned above continued to demonstrate that.  Advertiser integration isn’t unusual in award shows, but the CMT Music Awards presentation seems to showcase it much better than most.  (It may be that aforementioned balance of the epic and the intimate, or the way the ad community embraces Nashville itself during the show, or both.  Regardless, it works.)

As always, my favorite of all was the branded stage on which up-and-coming country stars briefly perform within the arena before commercial breaks.  For many years it was the Nationwide Stage.  Last year Firestone took it over.  In a perfect storm of promotion, presentation and performance, Idolalumna Lauren Alaina performed “Road Less Traveled” on the Firestone Stage shortly after the video for it was honored (as noted above).  I assume Firestone will be back next year, and also that Alaina will move to the main stage.  Remember, the all-new American Idol begins next March on ABC, so all things Idol past and present will be top of mind when the 2018 CMT Music Awards roll around. 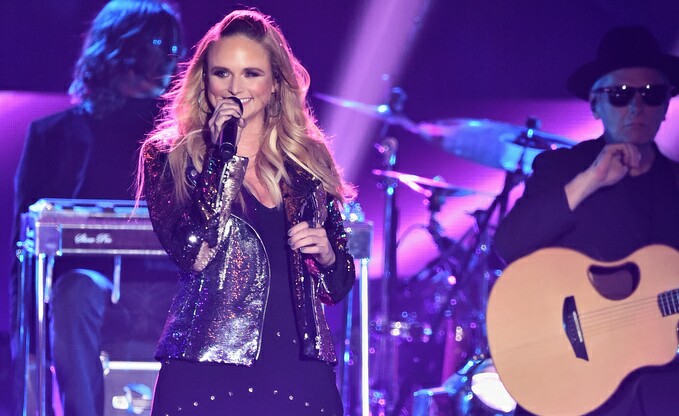 And speaking of tie-ins between country artists and television, Blake Shelton of NBC’s The Voice was in fine form with his rendition of “Every Time I Hear That Song,” while his ex-wife Miranda Lambert (pictured above) nailed “Pink Sunglasses.”  Lambert started her career as a competitor on the late USA/NBC reality competition series Nashville Star.

Come on, TV … Idol is returning; bring Star back, too!