CNN's Jason Farkas on VR's Relationship with Advertisers and Audiences 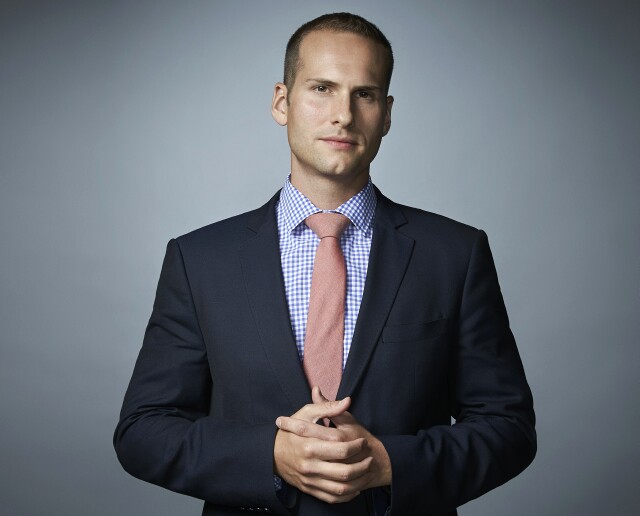 The formation of the CNNVR business unit is a giant step forward for the news and technology industries as it blends the best of both for audiences and advertisers alike.  With the proliferation of mobile and new viewing technologies, CNNVR leverages the news organization’s global footprint and its mission to deliver world class journalism through factual and immersive storytelling.  In the case of this division, it is storytelling that further transports the viewer to a place that can also generate empathy.  “We are the only video and television news outlet with an absolute commitment to 360 storytelling,” says Jason Farkas, Vice President of Premium Content Video and Head of CNNVR.  “Our competitors are more about political discussion and they lack boots on the ground worldwide; at CNN, audiences come for the news and stay for the VR.”

Farkas (pictured at top) is passionate about the medium and believes in the richer experience that emerging technologies bring to the news consumption habit.  “CNNVR is a blanket for any kind of immersive storytelling that a viewer selects whether they use a headset, a cardboard box or natural viewing of 360 video,” he says.

With bureaus in 43 countries, this business unit is well positioned to deliver breaking news to viewers on a variety of video formats across all screens.  CNN is the No. 1 digital news outlet; but as the audience for immersive news grows, CNNVR, which launched in the spring, is already competing with major 360 video companies.  Their app falls only behind Google and Facebook in terms of audience size for 360 video distribution.  “I’m OK being No. 3 behind them,” Farkas quips.

The path to VR began a few years ago with the company’s investment in “native video” to share video stories socially.  To kick-off the effort, CNN entrusted a core group of New York-based producers to share their best practices on the art of VR and benefit of 360 video storytelling with journalists.  As they continually experiment with the new equipment that state-of-the-art tools offer, the journalists and producers routinely collaborate with each other.

“The viewers ultimately direct their own experience as they decide what to look at,” Farkas explains.  That means that in addition to being able to deliver breaking news stories in this new format, the coverage must accommodate multiple points-of-view and stay emotionally engaging.

With the emotional quotient, CNNVR is trading in empathy at scale -- with the testament that its VR content can surpass the reach delivered by linear television.  For example, Farkas shared that An Ordinary Day in North Korea (viewed by 5.3 million unique visitors and growing) provides the world with a rare look at the culture and rituals that unify its citizens while facing the threat of nuclear war.  It can deliver this unprecedented experience due to its access into the country, which is off-limits to most journalists. 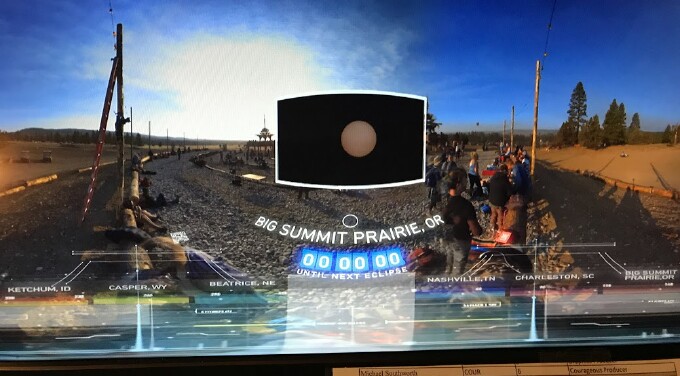 Courageous, CNN’s in-house branded content studio, helped Volvo create CNNVR's Eclipse of the Century presented by Volvo (pictured above). This immersive experience was the most-watched live VR experience in the history of the medium, garnering 8.6 million live video starts for the solar eclipse and 5.7 million for the 4K live stream.  The popularity is proof that next generation storytelling benefits audiences and maximizes the advertiser’s impact.  A total of 40 live-stream satellites, plus over 100 people (engineers, technicians, creatives, producers, editors, etc.), made the live stream possible, ensuring that Volvo’s exposure popped worldwide.

“Advertisers who are innovative and understand the immersive and connective power of VR to create and link memories can do something amazing in the medium,” Farkas says.  This importance of interactivity was illustrated in neuroscience and biometric studies from Samsung to show that VR experiences prompt increased brand recall.

At the New Bay Media’s VR 20/20 Summitclosing keynote Farkas ignited the audience as he shared immersive storytelling strategies and experiences.  Afterwards, he addressed a common objection, which is that VR will not scale as it is not inherently social.  Without missing a beat, he stated that “phones are not a social experience, yet they have proliferated; VR has the capability to emotionally connect us with the experiences of others … its future will include shared experiences through installations and Facebook.  Our most important mandate is to be there.”

As content, distribution and devices continue to proliferate and advertisers test new activation strategies to differentiate their brand, CNNVR has proven to be a trusted partner for the most innovative and engaging 360 video experiences.  “We are 100% committed to being on the bleeding edge of the marketplace,” Farkas says.  “I encourage advertisers and viewers to challenge us to do more.  Together we can keep the promise of journalism alive through factual and immersive storytelling from every angle.”