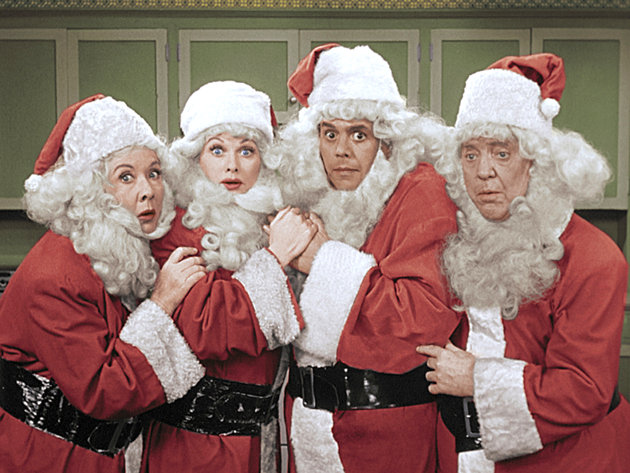 One came and went before I was born; the other when I was too young to notice. But like hundreds of millions of people to date all around the world, I eventually found I Love Lucy and The Dick Van Dyke Show in reruns and have never been able to get enough of either one. In tandem with a number of golden oldies – from The Twilight Zone and Father Knows Best to All in the Family and The Mary Tyler Moore Show – these programs entertain me just as much now as they did way back when.

CBS in recent years has acknowledged the enduring and seemingly indestructible power of Lucy, packaging two episodes together, colorizing them and running them as occasional (and very successful) primetime specials, usually around Christmas and Easter. The network did it again on Friday, Dec. 2 with The Christmas Episode (pictured at top), now an annual colorized favorite, and Lucy Gets in Pictures, in "color" for the first time. I watched and enjoyed them that night, all the while marveling that there was absolutely nothing else on my 200-plus channels at that hour that I would have preferred to see.

It happened again on Dec. 11, when CBS for the first time served up two colorized episodes of The Dick Van Dyke Show for a Sunday night holiday special. What a treat! While the results weren’t as colorful (the process didn’t seem to work as strikingly for Van Dyke as it does for Lucy, where it 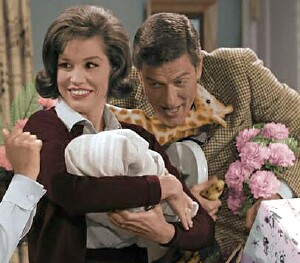 produces vivid results that evoke the period with colors not seen very much anymore) the comedy and characters were as funny and endearing as ever. Dick Van Dyke and Mary Tyler Moore as Rob and Laura Petrie (pictured at right) remain one of the most convincing and sexiest TV couples since, well, Lucy and Ricky Ricardo. (A side note: Sometimes there is much to learn, or at least to contemplate, in watching episodes of classic sitcoms. For example, the sight gag involving an African American couple near the end of That's My Boy?, one of the two Van Dyke episodes, was considered daring and potentially very controversial at the time of its 1963 debut. But it was so smartly written and thoughtfully directed back then, and so perfectly played by the cast, that an amazing 53 years later it was once again laugh-out-loud funny without being at all offensive.)

CBS has found a fantastic way to distinctively repurpose content and celebrate its heritage at a time when all of TV past and present is available to all of us all of the time. In doing so it also celebrates many of its long-time stars, including Lucille Ball, Desi Arnaz, Dick Van Dyke, Mary Tyler Moore and Andy Griffith. (Episodes from The Andy Griffith Show were colorized for a CBS holiday special just last year.)

The network is making these great shows readily available not only to those of us lucky enough to have grown up with them but to younger people who may never have seen them, especially if they are in black and white, which seems to be TV anathema to Millennials and Gen Z. To put that another way, CBS is introducing some of the best television programming ever produced by true trailblazers of the medium to new generations of viewers who don’t know what they missed or have been missing. (Similarly, Syfy performs the same public service on many holiday weekends with its marathons of episodes from The Twilight Zone in their original and gloriously eerie black and white. Syfy may not like hearing this, but those marathons comprise some of the best programming it offers all year!)

I don’t know what’s involved in the back-end of this process – the legalities, the clearances, etc. – but I encourage CBS to continue raiding its vaults to see what works and remind us all how TV came to be.

Can’t NBC and ABC get in on this, too?