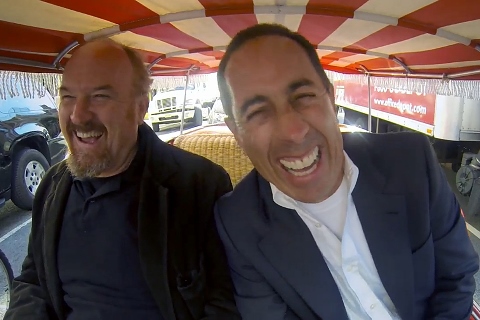 Hulu’s Larry King has some formidable competition in the arena of online celebrity chat, in one case from a comedian and television personality who has migrated to the Web, in the other from a legendary comedienne who in a career spanning more than 60 years is currently enjoying unprecedented success in multiple media. 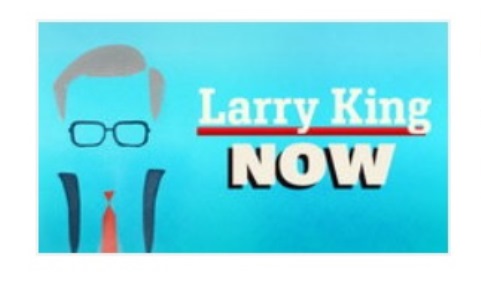 If you can’t get enough of old cars, or scenic tours of pleasant locations, or casual conversation among famous people, or the enduringly popular Jerry Seinfeld, whose already classic sitcom “Seinfeld” sits high atop most critics list of the ten best television series of all time, then the Web series “Comedians in Cars Getting Coffee” is the show to watch. (It’s available on the increasingly irresistible streaming site Crackle and on its own site, ComediansinCarsGettingCoffee.com.) It has become a media sensation in recent months, and while I think it has been somewhat overpraised millions of people have found something to like about it, and I’ve no doubt millions more likely will.

Actor and writer Larry David, who co-created the long-running and crazily lucrative “Seinfeld” with Jerry, summed it up perfectly when he appeared in the first episode of “CiCGC” and told his old pal, “You have finally made a show about nothing.” “Seinfeld” was famously described throughout its nine-season run as “a show about nothing,” even though it proved to be really something, creating four unforgettable primary characters (along with dozens of recurring ones) that permeated popular culture. They were people viewers could tirelessly laugh at or with or both as they obsessed over the minutia of their lives.

“CiCGC,” which is literally a documentary-style show about Jerry Seinfeld picking up famous friends in different snazzy cars (Seinfeld is an auto aficionado and collector) and driving them to restaurants or coffee shops, engaging them in conversation along the way and at their destination. There is nothing more to it than that. But it’s beautifully filmed, briskly edited and scored in such a pleasing way that, combined with loving shots of expensive cars most of us have never seen and a real feel for whatever area they are driven through (including New York City, Los Angeles and bucolic New Milford, CT), “CiCGC” sometimes begins to feel like something special after all.

Maybe its primary appeal lies in having the opportunity to spend time with favorite funny folks in a way we haven’t necessarily seen them before. In the first two seasons of the show Seinfeld’s guests included Mel Brooks, Carl Reiner, David Letterman, Chris Rock, Don Rickles, Ricky Gervais and Sarah Silverman. (The show needs more female guests. I hope Jerry takes a road trip to Baltimore where his former co-star Julia Louis-Dreyfus shoots her hot HBO series “Veep” and takes her for a spin around the Inner Harbor.) 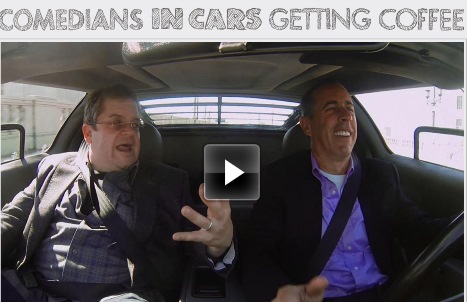 The first episode of season three is the longest-running installment yet, clocking about 22 minutes, which makes it feel like a half-hour episode of a traditional TV series without commercials. That makes me wonder if the plan is to make all future episodes of the show that length and make it more appealing for television syndication. And that has me thinking such a move would be a mistake, not because “CiCGC” wouldn’t work on television as we know it (it seems a natural for the Travel Channel or Esquire or Comedy Central) but because 22 minutes of this particular content starts to feel like a drag, at least when all 22 are devoted to the same guest star. I much preferred the approximately 15-minute running time of earlier episodes, which better served the abbreviated conversations Seinfeld has with his guests. (Of course, putting together two shorter installments in one syndicated episode wouldn’t be a bad idea.)

By the way, Seinfeld’s guest on his expanded season three opener is the always watchable Louis C.K., who I could listen to for hours, because even on his best laid-back behavior one can always sense the all-consuming agitation and general sense of disgust sitting just below the surface that he would like to let out (as he so winningly does in the hilarious comedy club segments on his FX series “Louie”). The episode also features a leisurely ride up the Hudson River in Louis’ boat, which makes for a nice change of pace, even if Seinfeld didn’t intend for the show to be a travelogue.

Another very watchable celebrity interview Web series is “In Bed with Joan,” which appears to have been with us for quite a while, though I only recently discovered it. Leave it to the remarkable Rivers to not simply keep up with things but to keep ahead of them, and to find the time to shoot a Web series while also starring in her weekly hour-long E! show “Fashion Police” (one of TV’ funniest show thanks entirely to her) and her WE reality series “Joan & Melissa: Joan Knows Best?,” not to mention making all those appearances on QVC and maintaining a whirlwind comedy club schedule that would exhaust a person half her age. 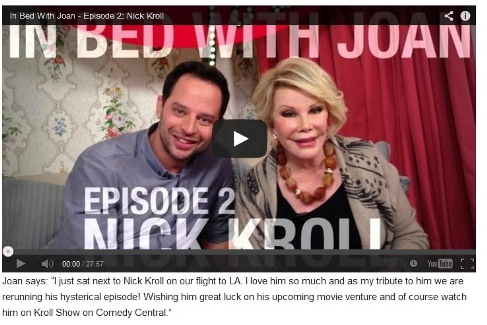 The title of Rivers’ Web chat show is as on-the-nose as “CiCGC.” Rivers sits on a bed in a New York apartment that is meant to be hers (maybe it is) and coaxes her guests to climb on with her and talk for a few minutes. She proves to be a very good interviewer, though that should come as no surprise, at least to those of us familiar with her work in the ‘80s and ‘90s as the one-time permanent guest host of NBC’s “The Tonight Show Starring Johnny Carson,” the host of nightly late-night talk show that was intended as a flagship program for Fox when the network launched, and later as host of a daytime talk show for which Rivers was honored with a Daytime Emmy Award. She does interviews on “Fashion Police,” too. Small wonder one of her most famous opening lines is, “Can we talk?”