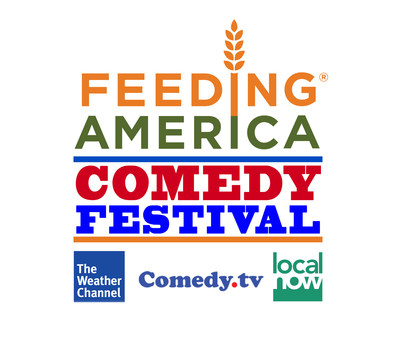 It's not every day that a star-studded cast of comedians unites to raise money and awareness for people in need, but difficult times call for extraordinary efforts. As the country battles the COVID-19 pandemic, dozens of comics will perform in the Feeding America Comedy Festival to benefit hard-hit families in need of food. The special will run on streaming platform Local Now, The Weather Channel, Comedy.TV and Entertainment Studios Cable Networks, as well as on NBC.

Featuring big names including Eddie Murphy, Whoopi Goldberg, Kenan Thompson and Chris Rock, the comedy event is the brainchild of comic legend and media mogul Byron Allen, and his team pulled it together in just weeks. Raising funds and awareness for hunger and food insecurity is the main objective, but the event will also shine a spotlight on Allen's Local Now streaming service. The platform is a free, ad-supported digital news and entertainment provider with local news, traffic, sports, and weather (supplied by The Weather Channel, of course) available in 225 markets and counting.

The comedy festival dovetails with Local Now's approach to the current crisis: Programming that is both family-friendly, informative, and entertaining. Along with plentiful local news, the service carries TV shows and movies, including many from Allen's Entertainment Studios and cable nets, and they're working on deals with major studios.

In mid-March, as states started to issue stay-at-home orders and schools closed, the editorial team quickly pivoted to COVID-19 focused coverage. While other news organizations have taken a hard news approach, Local Now expanded their brand-safe, family-focused approach, one that parents can watch with their kids in the room, explained Michael Senzon, SVP & General Manager, Local Now.

"Living in the new normal, we know that the home has grown to become a school and a workplace. Our audience wants real-time local news and information," he said. However, he added, "they don't want to feel like they live in a war zone or scare the kids."

To provide the latest data and create localized stories, the streaming platform utilized

Johns Hopkins University, which is providing some of the country's most reliable data on the virus. For inspirational fare, Local Now launched a short-form series, The Silver Lining, to celebrate human interest stories, such as families bonding and neighbors connecting from a distance. In regular segments, Dr. Wendy Walsh, a well-known relationship expert, offers insights and tips on maintaining mental wellness and healthy relationships.

With millions of Americans staying home, they've turned to streaming video services with newfound zeal. In March and April, Nielsen reported streaming video usage was up across demographics and dayparts, including as much as 60 percent more than pre-coronavirus levels. Local Now is experiencing its own bump in usage, attracting an average 2.4 million active users in April, up from 2.2 million in January. To introduce new users to the streaming service, Local Now recently debuted a new marketing campaign that includes TV spots on cable news and entertainment networks, and digital and social elements.

"When users come for news, they also see movies and TV shows, and vice-versa. The core offering and the draw is our local news, weather, traffic, and sports. One of the great things about Entertainment Studios is we have the ability to leverage all of the great content across all of [Allen's] cable networks," Senzon noted.

Local Now is also debuting new programming, a rarity at a time when most studios have temporarily shuttered production. The Entertainment Studios' teams are still producing short and long form shows, including new popular cooking show, Recipe TV, which is shot on location around the world, and game show Funny You Should Ask.

"We have a wide enough footprint across all of our channels that we've still been able to deliver new episodes, fresh episodes," explained Dick Roberts, Executive VP of brand marketing and corporate synergy.

In early April, after Feeding America CEO Claire Babineaux-Fontenot appeared on The Weather Channel, Allen developed the idea of a comedy special to support the organization. He tapped into his extensive network of entertainers and partnered with Will Ferrell's production company, Funny or Die, to produce the event. Working remotely from their homes, dozens of comedians contributed videos, while Ferrell's team stitched together a cohesive show.

"We were all kind of wondering what this patchwork would all look like, but it has really come together beautifully and it's very funny," Roberts said.

Entertainment Studios' assets, The Weather Channel television network, NBC and Funny or Die are promoting the event across digital, social, TV and radio, as are the individual comics.

Local Now is producing segments on Feeding America, food insecurity and the event, and running promotions. To build buzz, one hour before the special, Local Now anchor Sasha Rionda and Funny You Should Ask host John Kelly will anchor a one-hour, virtual pre-show that will run on Local Now and across Entertainment Studios properties.

"When Byron shared his vision for the comedy festival, the entire team rallied to pull it together. Everyone needs some comedy right now, which is why this is such a phenomenal idea," Senzon said.

For more information or to make a donation, visit feedingamerica.org/comedyfest or text "MEAL" to 91990.