Coming to TBS in 2019: Big Changes for Conan and His Advertisers 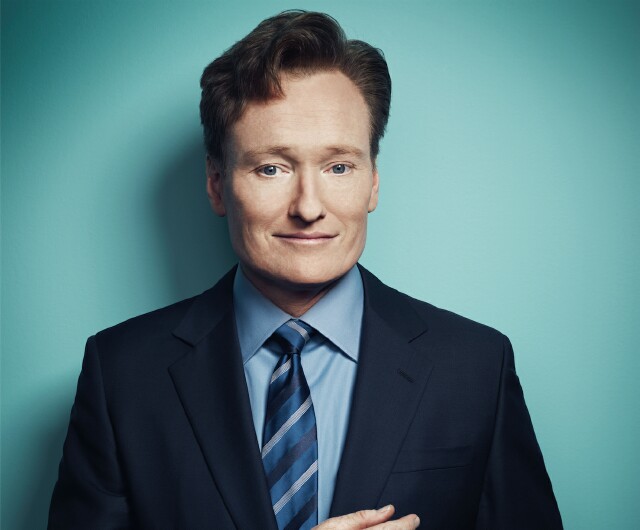 There are big changes in store for TNT’s Conan in 2019.  As announced by the network on Thursday, next January will see the show shift to a nightly 30-minute format and expand its partnership across a variety of platforms including television, digital, social and live events, all in the hope of capitalizing on O'Brien's multi-generational fan base.  "This came organically out of dialogue that Conan and I have had on and off," explained Kevin Reilly, President of TBS and TNT and Chief Creative Officer of Turner Entertainment.  "Coming off the work that he's been doing, certain things we've noticed in media trends, and things like the fact that Conan will be celebrating his 25th year as the longest running late-night host on television, he also happens to have the youngest audience base of all of the programs.

"That's extraordinary and speaks to the fact that he consistently presses up with the creative," Reilly continued.  "We started talking and he explained he had these ideas of things he wanted to do, and I said, 'What if we started pressing up into those that are outside of the format and traditional television lane?’  He had the Team Coco brand, which is a stake in the ground for digital, and that led to [the] viral videos that have gone unbelievably [well].  From Kevin Hart and Ice Cube to the branded content, to Clueless Gamer, we saw the expansion of the audience and how this was stitching together into a brand.  The show remained a huge part of it, but really a part of what was a growing business.  This partnership really does formalize the structure; it gives the focus now to formally build it and a foundation to both finance it and build out on things.  When we see opportunities we can say, ‘This is not a one-off, it's an extension to the show.’”

Reilly went on to explain that the show will now form a creative hub that ties formats and ideas together as well as bring in advertisers.  "[Conan’s] relationship with the advertisers has become unique in the marketplace because Conan is 'pitch' perfect for so many partners,” he said.  “He has the trust of advertising brands at a time where they're looking to find new and impactful ways in the linear universe.  Conan is very particular; he doesn't sign on and say okay to everything -- and when he does it's a piece of entertainment content and that's what everybody wants.  We are going to formally be expanding that and in this constellation of things that we will be doing [it] will create new opportunities."

Asked about specific advertiser expansion and the type of clients they are seeking, O'Brien told MediaVillage, "That's premature, but what's changed so much is that 25 years ago, when I started doing this, I had nothing to do with advertising.  I did the show and threw to commercial and whoever was advertising was none of my concern or business.  [Now] different companies want you to add your creative DNA to their project or brand and make this integration.  We started doing it and realized we can do it in a funny way and one that's true to my comedic sensibility.  It works out nicely.

"I did something with Magic Johnson recently that ended up being something for Burger King,” O’Brien continued.  “It was fun and the fact it was for Burger King seemed beside the point.  To me, that's an example of, 'Oh, wait a minute, that worked out well, no one got hurt, and no one lost their soul in the process.’  There are a lot of companies out there and it is tricky, so it has to be the right marriage, but you're looking for advertisers that are willing to play because nobody wants to see me say, 'Hey!  Conan O'Brien here for Exxon Mobil.  [Though] I wish they did because that would be a lot of money."

As for the new half-hour format of the show, O'Brien said it is still in the planning stages.  He won't be doing as many celebrity sit-down interviews yet looks forward to creative ways to include his celebrity guests.  One thing he's sure of is that revamping the traditional format handed down to him in 1993 can only be a positive thing.  "Don't look for Conan with a shaved head, eye-patch and a falcon sitting on my shoulder," he joked.  "Elements from over the years work well, but I think the half-hour will allow us to up the comedy quota.  I don't know exactly what the show is going to look like right now, but it's still me hosting a show and we're going to play with everything else."

Conan is telecast Monday-Thursday at 11 p.m. ET on TBS.