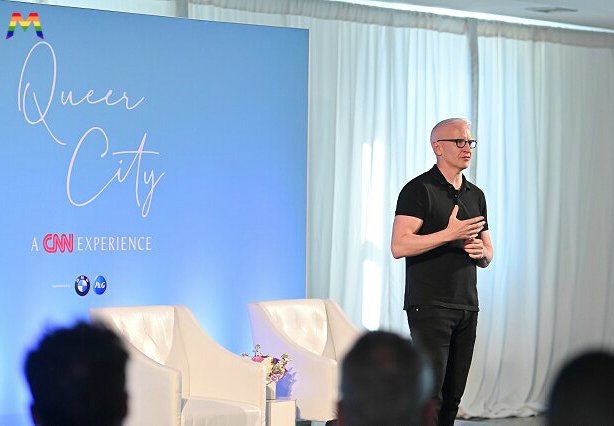 The active fight for queer rights in the modern era began with the Stonewall Riots on June 27, 1969. This is agreed upon by pretty much everyone. But queer folk didn't suddenly descend upon New York in 1969 -- the history of the LGBTQ’s struggle in the City That Never Sleeps extends much further back in time and continues today. Such was the theme of the Queer City exhibit near Hudson Yards, put on by WarnerMedia's Courageous brand studio and sponsored by Procter & Gamble and BMW.

The exhibit, a one-day-only installation, was open to the public on June 27, 2019 -- the 50th anniversary of the Stonewall Riots -- in the Hudson Mercantile, just a couple miles north from Stonewall itself. And for advertising clients, there was a special VIP event that afternoon and evening, a blending of B2B and B2C sensibilities, said Amy Tunick, WarnerMedia's Vice President of Operations and Activation, News Content Partnerships Team.

"We wanted to do something special for World Pride,” Tunick said. “We felt there was a need for something experiential." 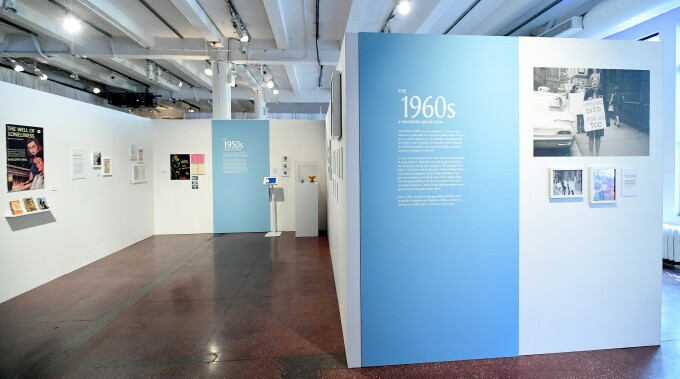 CNN spearheaded the editorial process. In just a couple of months, the research team combed through archives and reached out to members of the LGBTQ rights movement. "We wanted to show the real people behind the movement," Tunick explained.  "The people behind the protests, behind the parades, the real individual stories." The result was room after room of LGBTQ artifacts, organized by decade, from the 1940s all the way to the 2010s; starting with a census questionnaire, wherein two women openly declared they were living together, and segueing to articles of clothing worn by protestors and by victims of the AIDS crisis, through testimonials from LGBTQ youth today.

In addition to the walk-through exhibit put together by CNN, P&G screened its 25-minute film produced by Courageous and CNN's Great Big Story titled Out of the Shadows, about LGBTQ employees' struggles to achieve equality at P&G; and a BMW-sponsored photo booth showed the uninitiated how photo booths were used as safe spaces by queer people -- places where they could be their authentic selves with no fear of judgment. (Watch the full Out of the Shadows video above.)

For P&G Diversity and Inclusion Chief Shelley McNamara (pictured below), it wasn't enough to simply sponsor the event.  She wanted P&G to be an integral part of the experience -- and to show the struggles of LGBTQ employees at her own company. 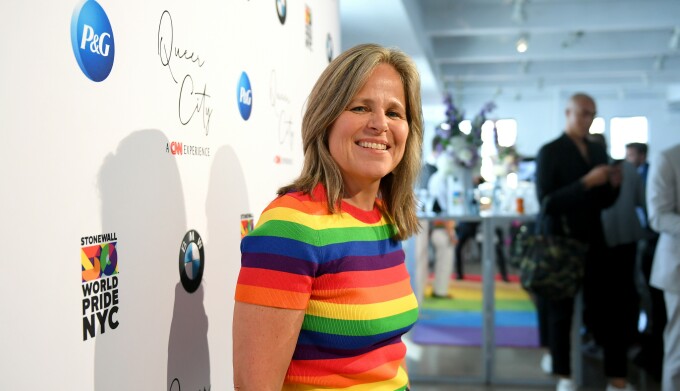 "As a company, yes, we're being vulnerable, sharing our difficult moments and our struggles, but the real heroes are the employees," McNamara said. "When you look at our journey, it's 30 years long," fitting with the exhibit's theme of progress through time.

P&G had partnered with Courageous and CNN's Great Big Story for the short documentary film, The Words Matter, about the internal fight to have P&G include language enshrining protections for its LGBTQ employees in its equal employment opportunity statement.

"Out of the Shadows is sort of a sequel," said Brent Miller, who's been with P&G since 2000 and was an executive producer on both The Words Matter and Out of the Shadows. "This is a bit more of a difficult story because it was painful in terms of what we were doing as a company and the hatred that was directed at the people trying to enact change.  We haven't really talked about what happened in the workplace.  The bulk of the stories told are about civic institutions and community life."

It's a rare thing, to see a company not only open itself up to direct criticism but to fund it and allow its employees to expose unpleasant truths, even if they were largely in the past.

McNamara and Miller were keenly aware of the opportunity with which they were being presented, which was why, they said, they came to Great Big Story with the idea for a documentary about P&G's queer employees and their fight for equality.

"Great Big Story is just a phenomenal storytelling arm," Miller said. "They have such integrity and a clear purpose and quality product we knew we could trust them to tell the story. We may have funded the project, but it still had to have the integrity of being honest and transparent." 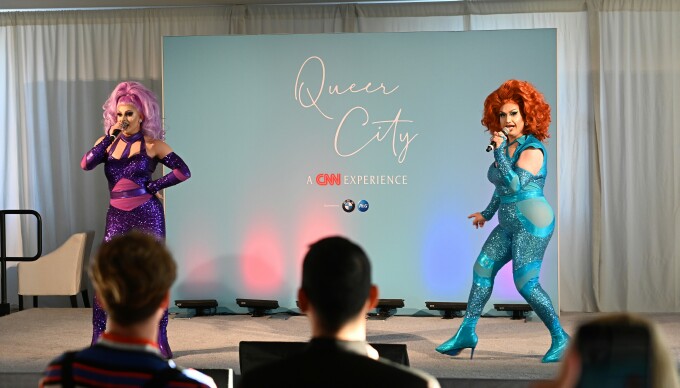 Throughout the five hours the exhibit was open to the public, people of all stripes came through, including those who'd contributed their own personal stories or artifacts and those who had just happened to be passing by.

WarnerMedia's Tunick wasn't surprised by the support, but it was gratifying to see and be part of. "It's important to be an ally," she said. "The best way we can do that is by showing up."

Pictured at bottom: Jansport and Lagoonaq Bloo of Stephanie's Child