Critic’s Notebook: “Empire,” “How to Get Away With Murder,” “Nashville” and More 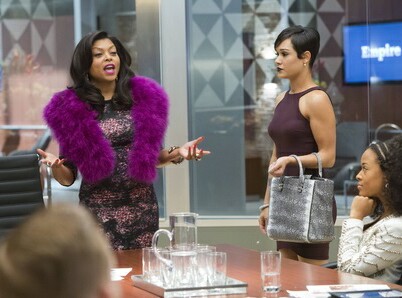 In my Academy Awards column last week I noted that the acting and writing on some of television’s finest dramas was comparable (or in some cases superior) to much of what could be enjoyed in the movies nominated this year for Best Picture. I speculated that the relatively modest performances at the box office by most of those films might be the result of so much of television drama being so much more rewarding than most movies – even the highly honored independent productions.

None of the clips I saw during the Oscars telecast convinced me that I was missing much of anything. But something I saw after I wrote that column totally reinforced my feelings about the writing and acting on television.

I’m speaking about last Thursday's thrilling episode of ABC’s “How to Get Away with Murder,” which I had recorded but was unable to watch until earlier this week. The scenes between series lead Viola Davis as neurotic, high-profile, borderline psychotic attorney Annalise Keating – who, come to think of it, is starting to remind me of Patty Hewes, the neurotic, high-profile, borderline psychotic attorney played by Glenn Close in another great legal drama, “Damages” – and Cicely Tyson (pictured below) as her very old-school, very old-fashioned, extremely no-nonsense mother were as powerfully acted and skillfully written as anything I have seen on any stage (including actual stage productions) in a very long time. The emotions came fast and furious, many of them contradicting each other, and all of them – heartbreak, fear, humility, revenge, blame, love, acceptance – catching fire as two of our finest actresses delivered award-worthy material from writers Erika Green Swafford and Doug Stockstill. 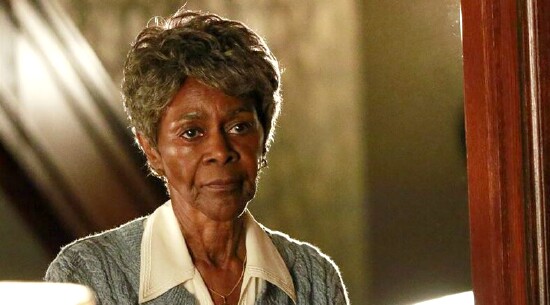 As far as narrative and creativity are concerned I can’t help but wonder about the future of this show, now that we know almost every character on its canvas is capable of murder, robbery, whoring, assault, character destruction and a host of other terrible acts. They all deserve to suffer to some degree; maybe that will be part of the fun going forward. Regardless, any show capable of delivering drama as powerful as “HTGAWM” did last week will hopefully run for a good long while. Its two-hour season finale will be telecast tonight on ABC, and from where I sit it’s the definition of must-see TV.

Talk of psychotic behavior leads quite naturally to ABC’s “Scandal,” like “HTGAWM” the (sometimes warped) work of super-producer Shonda Rhimes. From the start “Scandal” has been all about the crazy and defied any possible talk about jumping the shark no matter how out-there it has gone. But the recent storyline in which President Fitzgerald Thomas Grant III (Tony Goldwyn) declared war and sent thousands of young Americans to their deaths in an effort to rescue his kidnapped mistress, crisis expert Olivia Pope (Kerry Washington), had me wondering why I’m still watching this show. If I weren’t so fascinated by so many of the characters on its slick, sick canvas I would probably bail. Much more of this – or any other nonsense, like the character played by Portia de Rossi being savagely flayed (yes, flayed) and then walking around as if she weren’t experiencing any residual discomfort and without any visible drainage from the hideous wounds on her back – and I might change my mind. The writers ought to take some responsibility to keep certain things real, even if so much about this show is as unreal as it gets. 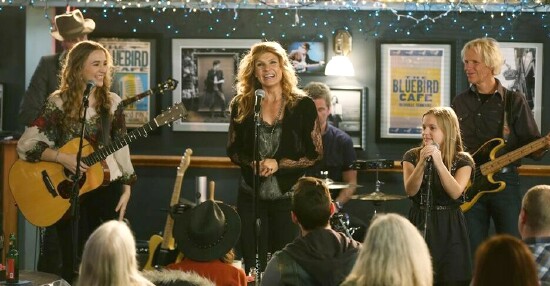 Without exception the best soap operas on television these days are Fox’s “Empire” and ABC’s “Nashville” (pictured above), which can be enjoyed back to back on Wednesdays. (With Taraji P. Henson and Connie Britton respectively headlining those two shows, that combo can’t help but make for a night of terrific TV.) It is significant that both series winningly incorporate a lot of musical performances in ways that move storylines along without ever being jarring (something that derailed Fox’s woeful “Glee” several seasons ago). 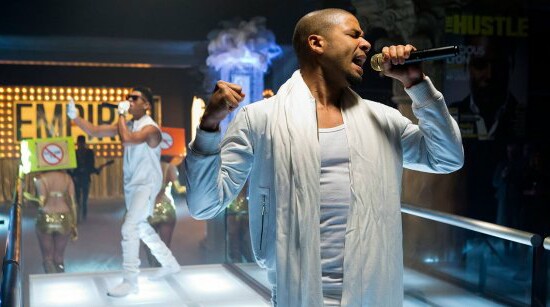 Spoiler alert: There was an outstanding example of this musical enhancement in this week’s episode of “Empire,” when Jamal Lyon (super-talented Jussie Smollett, pictured above), the gay singer-songwriter and middle son of homophobic multi-millionaire hip-hop mogul Lucious Lyon (Terrence Howard) and his crazy ex-con ex-wife Cookie (Taraji P. Henson) came out while performing a song (“You’re So Beautiful”) at a lavish, high-profile industry party. This was the first coming-out scene I can recall on any television series that was more of a joyful celebration than a high-octane emotional catharsis. It seemed that everyone in Jamal’s life was thrilled for him – except for his dad, who didn’t take it well, adding another layer to the ongoing family drama of it all that makes “Empire” such an unexpected treat. 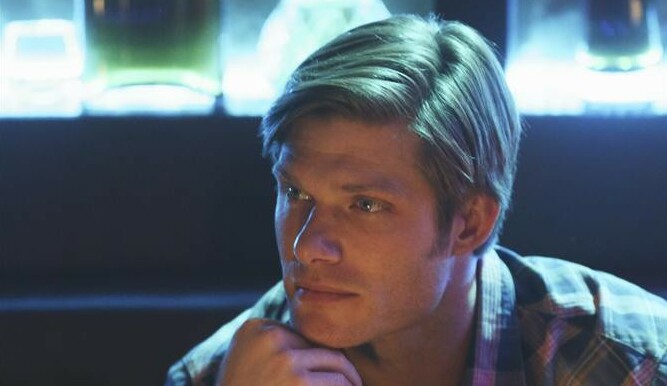 Contrast and compare: Over on “Nashville” poor closeted country singer Will Lexington (Chris Carmack, pictured above) is still hiding the truth about his sexuality from almost everyone he meets and doing everything he can to protect his career. At this point I would guess that, when it finally comes, the big reveal that he is gay will be a seismic shocker of sorts. Unlike Jamal’s big moment it won’t be all music and dancing and love and light. But it will certainly make for good soap opera drama, the likes of which have become the norm on “Nashville.”

The constantly improving “Nashville” is the more stubbornly traditional of these two shows; it needs to loosen up a bit and add a little more sex, skin and grit if it is going to remain competitive. The fresh and fearless “Empire,” on the other hand, is like nothing the genre has seen since the glory days of “Dallas” and “Dynasty.” It’s a gem.