Crown Media's Christmas at The Grove 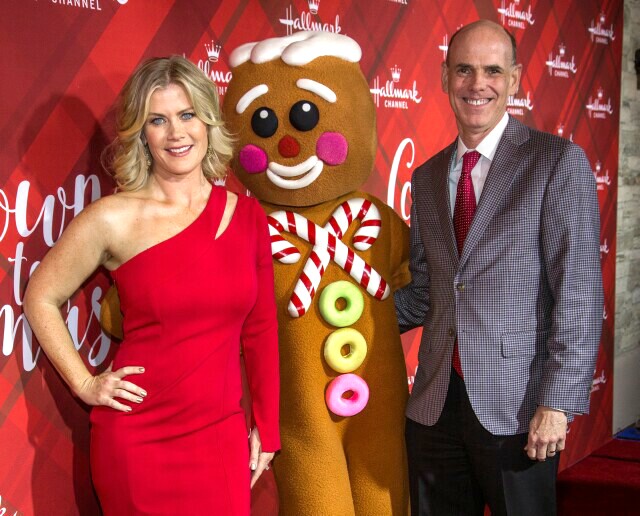 When it comes to Christmas, no one does the holiday season quite like Crown Media Family Networks.  As home to the Hallmark Channel, Hallmark Movies & Mysteries, Hallmark Drama and the subscription streaming service Hallmark Movies Now, it's an eternal Christmas season with holiday themed movies that kick off in July to coincide with the release of Hallmark's annual Christmas ornament and really ramp up in November and December. After a delightful holiday event in New York City last month, it was time to celebrate in Los Angeles -- and how better to do so than with a festive cocktail party for executives and talent at the high-end eatery 189 by Dominique Ansel, located in the shopping complex The Grove?  The night culminated with a special screening at the Pacific Theaters in The Grove of the Hallmark Channel's recent movie Christmas at Holly Lodge starring Alison Sweeney, Jordan Bridges and Sheryl Lee Ralph.

The setting could not have been more perfect, as The Grove – most recently seen on television in the Dancing with the Stars Season 25 finale -- was festively trimmed with so many lights and Christmas displays that guests felt as though they had wandered onto the set of an actual Hallmark movie (see photos throughout).  Plus, in an “only in L.A.” touch, during December hidden machines atop many buildings throughout The Grove periodically shower "real" snow onto happy shoppers (and party guests) below. 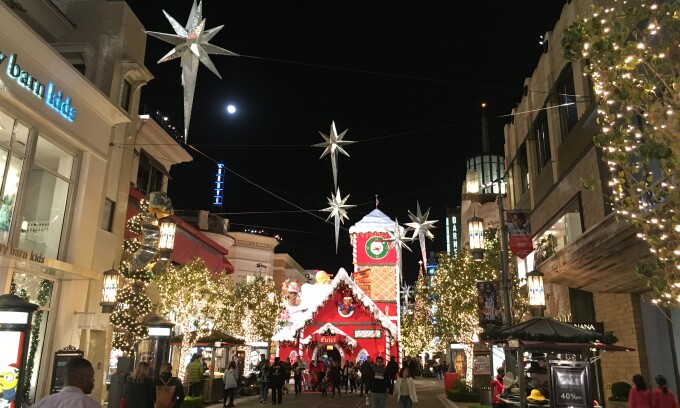 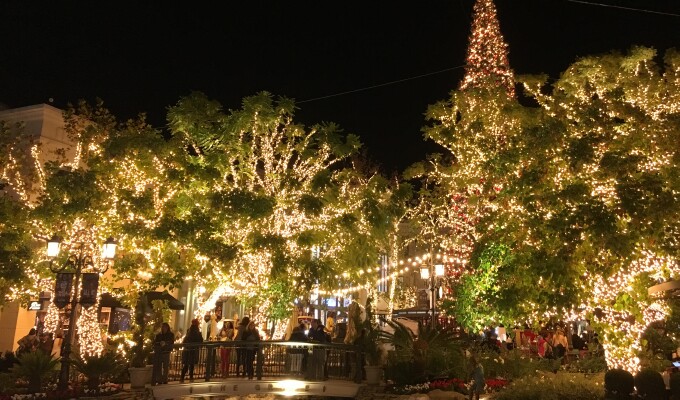 The party offered a wonderful opportunity for guests to dine on canapés and a delicious assortment of holiday treats – including the restaurant’s signature chocolate chip cookie "shots" (cup-shaped cookies filled with milk) -- while mingling with Hallmark executives and staffers, most notably Crown Media Family Networks President and CEO Bill Abbott and Executive Vice President of Programming and Network Publicity Michelle Vicary. (Abbott is pictured at top with Sweeney.  Vicary, in black, is pictured below with Sweeney, Robinson Peete and Chabert.) 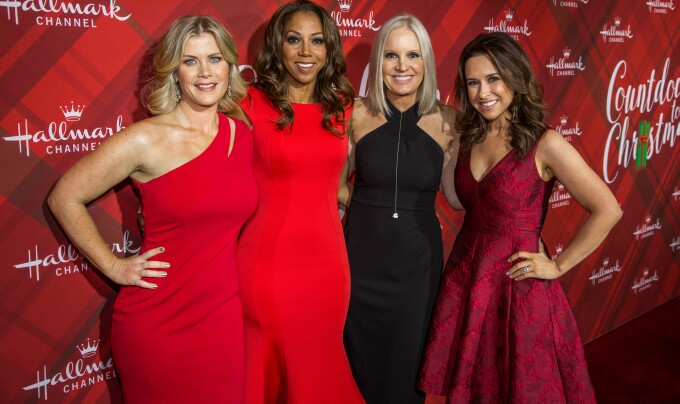 Also on hand were Sweeney's Days of Our Lives co-stars Drake Hogestyn, Kate Mansi, Kristian Alfonso and Lauren Koslow -- all of them ready to share in the holiday spirit and lend their support to a friend.  They were only too happy to talk about the resurgence of their show in the ratings since new head writer Ron Carlivati took the reigns. Despite the slew of attending talent, it was undoubtedly Happy the Dog who stole the night and had everyone clamoring for a picture.  Happy has become something of a Hallmark star himself with several of the network's movies to his credit since being rescued from the streets of Los Angeles. 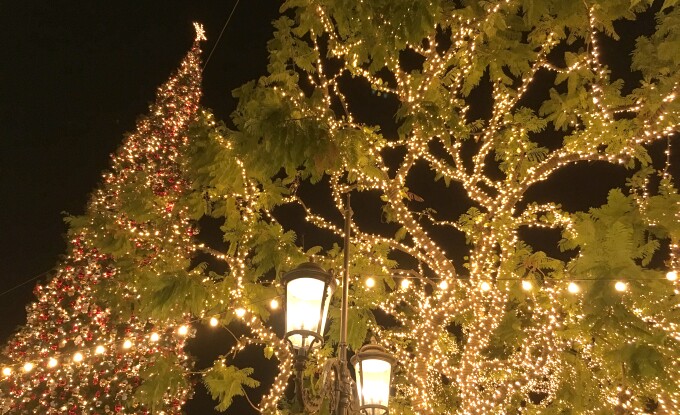 Unbeknownst to the Hallmark V.I.P.s, as the party concluded and the screening began The Grove began to fill with anxious looking police officers and security people, momentarily giving shoppers cause to wonder if something dreadful was happening.  Then a buzz swept through the crowd:  It seems a kluster of Kardashians had descended on one of the nearby stores to do some high-profile holiday shopping.