"Curb Your Enthusiasm," In its Surprising Eleventh Season, Shows We're Not All That Different 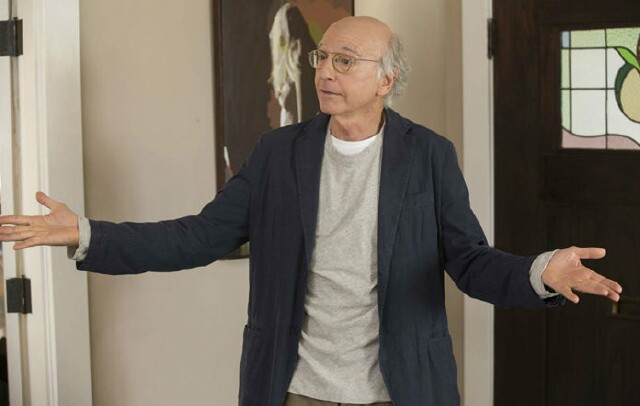 Curb Your Enthusiasm is more than halfway through its eleventh season at this exact moment -- and series creator Larry David hasn't lost a single step when it comes to bringing that special brand of cringe we all know and love. I'll admit, that "cringe" was so strong earlier in this HBO series that it actually made me more of dabbler than a binger when it came to watching. (Sometimes there was more cringe than I could handle. I'm only human after all.) But, for me, the current season isn't just easier to tolerate -- it's made Larry's TV persona more, dare I say, agreeable.

For anyone that somehow doesn't know, the premise of the series is pretty simple. Larry David plays himself, the comedy icon and creator of the legendary American sitcom Seinfeld (along with a certain superstar comedian). It follows his life in California, where he mostly hangs out with his friends and rubs shoulders with well-known celebrities, writers and comedians who usually have a 50-50 chance of either playing a fictional version of themselves -- like David, or Ted Danson -- or a different character altogether -- like J.B. Smoove, who plays Larry's friend, Leon. Larry, you know, is old, and he knows it enough to double down on the whole "being stuck in his ways" shtick, so much so that the show's tagline for this season expressed exactly who his character is in the most succinct way possible: "The world has changed. He hasn't."

Now, like I said before, I normally find on-screen Larry hard to side with, because in most situations he seems to make choices that almost no human person would actually make. Most people have a threshold as to how much awkward they're willing to intentionally inject into any given situation, but not this guy. He's always willing to take things all the way.

But this season, while his general modus operandi hasn't changed much, the weirdest thing has been happening. I find myself agreeing with him. Sure, he still ends up in situations that go way farther than they ever should, but for once, I agree with a lot of his points. Since Larry doesn't change, maybe it's me. But that wouldn't make for an interesting column. Or would it?

Take his friend Albert Brooks' faux funeral for instance. The idea of being at one's own funeral and hearing what people say is a normal thought that I assume most people roll around their heads at some point in their lives, but actually throwing a fake funeral -- one where everyone knows that you're not only alive, but upstairs watching via video camera -- is pretty damn ridiculous. Larry concurred and proceeded to heckle the not-so-poor soul during his turn to make remarks, and you know what? He was right. The event deserved to be mocked. It was instantly overshadowed by an unintended discovery during the proceedings: Brooks (on the show) was revealed to be a piece of sh*t "COVID hoarder" who overstocked his home with PPE like hand sanitizer and toilet paper during the pandemic when said items were scarce for everyone, specifically first responders.

In the third episode of this season, titled "The Watermelon," Larry makes a great point to Leon about how he shouldn't be ashamed to eat watermelon in front of white people or anyone else just because he's Black. Now, while I totally agree with Larry that it's ridiculous to hide the fact that you like eating anything from anyone, I also fully understand Leon's apprehension, because, of course, no one likes being boiled down to a stereotype, and we're all familiar with this one. I've honestly felt that same hesitation with watermelon and white people before. And fried chicken.

This season is chock full of situations like that, where a point is made, then proven, then disproven, then proven again, and honestly, it's all gold. (See how Larry deals with his female driver in the sixth episode.)

Larry's exasperating self-centeredness remains the primary reason why we watch (that and Susie Essman's portrayal of his explosive nemesis Susie Greene, who drops f-bombs like a champ), but I think in the twenty years that it's taken to get to season eleven one of two things happened. Either Larry is growing as a person, or the past couple of years have beaten us all down so bad that we all now share the same cynical and impatient outlook as this curmudgeonly old multi-millionaire. Your guess is as good as mine.

The point is, the sort of anti-sitcom-ish nature of Curb kind of prevents Larry from growing and changing too much, which is good, because the fact that he never really learns is kind of his whole thing. Meantime, it's interesting to see how much more critical I've become as a viewer over the years, or just how much Larry's brand of cringe comedy has grown on me. But between that trend and the star-studded revolving door of a cast, I'd say I'll probably find myself agreeing with this bald bespectacled genius more and more as time marches on.

Curb Your Enthusiasm is telecast Sundays at 10:30 p.m. on HBO.