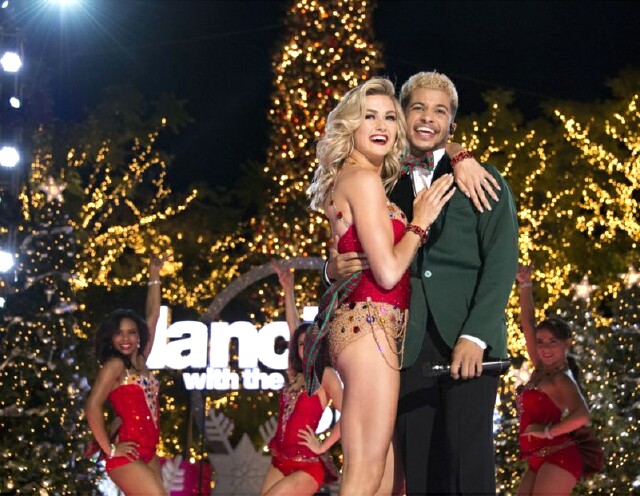 And, as always, its fall season finale, set in part at the outdoor shopping destination The Grove -- festively decorated for Christmas -- ushered in the holiday season in grand style.  (It’s not exactly the tree lighting at Rockefeller Center, but it’s way ahead whatever is in third place.  And during December shoppers at The Grove often find themselves in the middle of man-made snow flurries.)

Young Jordan Fisher, a veteran of the Broadway mega-smash Hamilton and Fox's Emmy-winning Grease Live! (he played Doody), and yet not exactly a household name, certainly seems poised to become one after his many outstanding performances on the show.  The synchronized three-person dance with Fisher, professional dance partner Lindsay Arnold and returning DWTS competitor (and High School Musical alumnus) Corbin Bleu was thrilling to watch.  But don’t take my word for it; judge Brun Tonioli said it might have been the best dance he has seen in the history of this series. 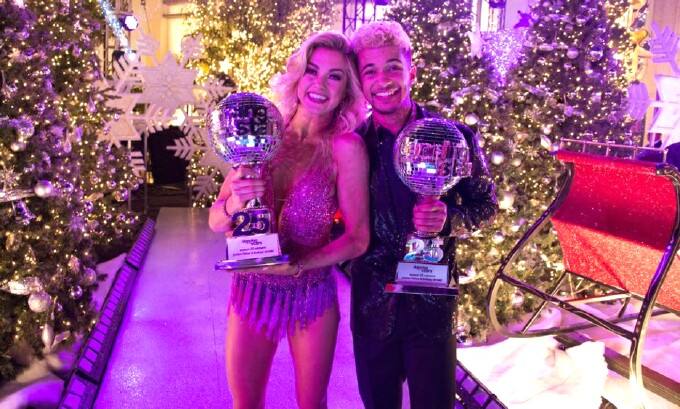 Not at all surprisingly, Fisher and Arnold took home the coveted Mirror Ball trophy at season's end.  (MediaVillage talked with them after they won.)

That’s entertainment!  ABC’s decision a couple of years ago to reduce the frequency of the show from two nights a week to one continues to rejuvenate what could have become a draggy franchise in decline.  It’s only getting better with age.