Danica McKellar Is Now the Audrey Hepburn of Hallmark 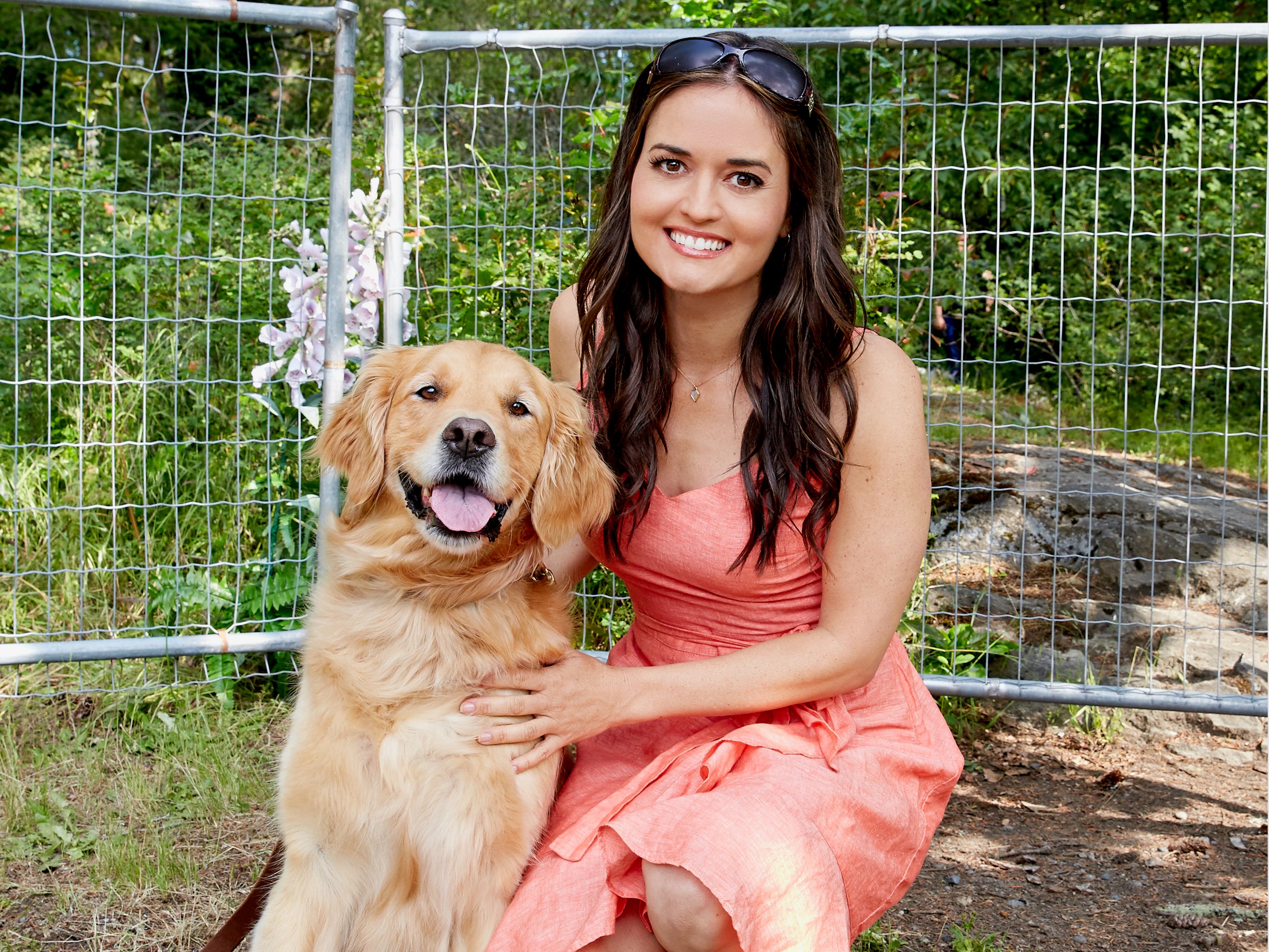 It was while filming her first Hallmark Channel movie, 2015’s Perfect Match opposite Paul Greene (the Cary Grant of Hallmark), that Danica McKellar (pictured above) heard the words, “Once you’re in, you’re a part of the family.”  They came from a network executive, talking about how many projects Hallmark stalwart Candice Cameron Bure had done for the network, which at the time was around ten.  Now, just four years later, those words are ringing true for McKellar -- this weekend’s premiere of her latest film, Love and Sunshine (starring opposite Mark Deklin), marks the tenth movie for the actress who should be known as the Audrey Hepburn of Hallmark.  “When I signed up for my first Hallmark movie, I really had no idea [what would happen],” McKellar admitted in an exclusive MediaVillage interview.  “When the executive [said I was in the family], I was like, ‘Okay.’  But you never know if people mean what they are saying.  I was delighted that what he said became a reality.

“A lot of channels don't like to reuse actors as they think the audience could get confused,” she continued.  “But Hallmark is a little different; it's almost like you're in a series and the audience wants to see familiar faces doing a romantic comedy or a mystery.  I think it was [Crown Media Family Networks president and CEO] Bill Abbott's idea to say, ‘Hey, let's not do what everyone else is doing.’  It seems to be working.  I love it and I couldn't be happier.”

McKellar has her own take on why the formula works for Hallmark, one that is still being compared to the Hollywood contract player system of yesteryear.  “If you talk to Barbara Niven (Chesapeake Shores) she’s mentioned how this is like the old Hollywood system, and how fortunate we all are to be a part of it,” she shared.  “And it's not that they are just hiring you again.  It's for these really sweet, wonderful movies full of heart that leave people feeling better than they did before watching.

“I think one of the reasons why a lot of us ‘90s child actors do so well is because we add a level of nostalgia on top of the heartwarming nostalgic feel to the films,” she added.  “It gives more to the audience member who knew us as kids from TV shows like The Wonder Years, Party of Five or Full House and gives them an extra level of connection. That's a gift and something I want to be a part of.” 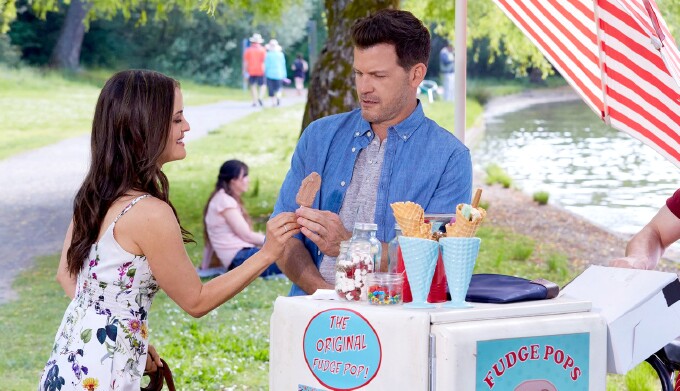 In Love and Sunshine, McKellar stars as Ally, a nursery owner and animal lover fostering a retired service dog named Sunshine, who’s owner is on active duty in Afghanistan.  Over the two years she’s cared for Sunshine, the two have bonded.   Sunshine was there for Ally’s broken engagement, and her love for the dog is undeniable.  When Jake, Sunshine’s owner, returns from duty, Ally realizes their time together must end.  But when Jake realizes just how deep Ally and Sunshine’s bond runs, he offers to share custody of her and a new friendship blossoms; one that could lead to a more permanent custody arrangement for Sunshine.

For the Hallmark Channel rom-com veteran, Love and Sunshine provided a new take on a proven formula, and that was something McKellar couldn’t pass up.  “I love movies where the leads don't get along at first and there are sparks and friction,” she admitted.   “All of that works great and I'm sure I'll do it again, but the interesting thing about this one is that was never a factor.  The leads always got along and had a mutual respect and the drive to be of service.  I loved that, and the fact that the audience won't know where things are headed.  When I first read this, I was crying!  I knew it was Hallmark and would turn out great, but I still went on that ride and cried like five times reading it - -you will have to keep the tissues at hand.”

In addition to working with Deklin (pictured above right), whom McKellar describes as “a pro and perfect gentleman,” the dog lover was thrilled to work with Sunshine, who in reality was portrayed by two dogs.  “They were adorable,” she beamed.  “We had Sawyer and Breyer.  Sawyer was a little better trained, but neither had been on a set before so that was interesting.  Sawyer was a fast learner and learned how to salute [for a scene].  It's cute, but it took like 100 takes to get it right, over three days.  She would do it when no one was around, and as soon as they said ‘action’ ... Breyer was more of a cuddle bug, just so sweet.  She was really into all the scenes where attention and affection were required.”

After completing Love and Sunshine, McKellar didn’t have wait long for her next Hallmark projects.  She’s starting Christmas at Dollywood (featuring Dolly Parton) soon and is branching out to Hallmark Movies and Mysteries, starring in the new Matchmaker Mysteries series.  “I play Angie Dove, a matchmaker who solves mysteries,” she revealed.  “I'm thrilled to be in the first one, and I'm joining the club of long-term Hallmark actors joining the mysteries part of things.”

In addition to her acting work, November will see the release of Bathtime Mathtime: Shapes (another in her successful series of children’s math books).  “I also have my favorite job of all which is being a mom,” she offered in closing.  “I'm thankful my mom can bring my son to visit me on these movies and I love to share our adventures on Instagram.  I also have some fun stories and the behind the scenes from this movie under #LoveAndSunshine.”

Love and Sunshinewill be telecast Saturday, August 3 at 9 p.m. on Hallmark Channel as part of the network’s annual Summer Nights programming event.