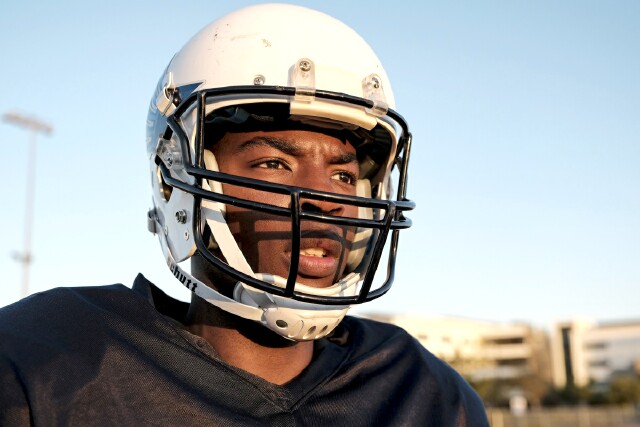 Landing the role of football star Spencer Paysinger in The CW’s new series All American was the perfect meld of football and fitness for newcomer Daniel Ezra -- despite the fact the All American lead is actually British and has never played gridiron in his life.  Inspired by Paysinger’s real-life rise to football prominence, All American follows the story of his recruitment from fictional South Crenshaw High in Los Angeles’ South Central neighborhood to Beverly Hills High by team coach Billy Baker (Taye Diggs) and the promise of NFL greatness, along with a better education.  The only caveat for Spencer is a change of zip code, and while it’s evident Spencer is good for the team, the team isn’t so good for him, at least at the start.  Series star Ezra is thankful for his status as the “new Brit on the block” as it helped inform his character.  “No one is more aware of the fact I'm not American than I am,” he laughed during a recent interview with MediaVillage. “It just meant me working harder and doing things like staying in the accent, carrying a football around, spending as much time as I could in South-Central Los Angeles and trying to go above and beyond to make it as authentic as possible.

“I spent as much time as I could in South Central,” he continued.  “I know these kinds of neighborhoods as we do have them at home, so for me it's never scary.  I only saw the beauty in it, really.  I understand those neighborhoods have issues, which are part of a bigger question.  But it’s a beautiful place and there is a real sense of community there, which I love, with such a unique vibe.  It’s not enough to just get the accent; you have to be able to joke, laugh and understand the slang and language, along with the energy there.  Luckily, 90% of the hair and makeup team are from South Central, so that helps.”

Also helpful with informing the character was spending time with the real life Paysinger.  “I really wanted to understand the relationship with his mother and little brother as that's a big part of the show,” Ezra explained.  “I wanted to know what family life was genuinely like, and the ins and outs of navigating Crenshaw and South Central Los Angeles during that time -- also how close he came to the darker elements of that world and how he maneuvered it.” 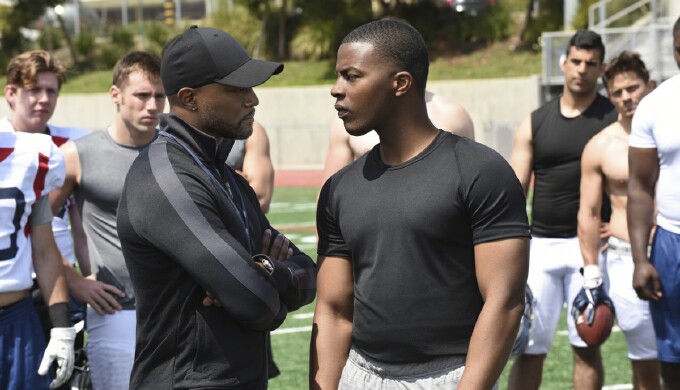 Thankfully, the rigorous fitness regime Ezra undertook to tackle the role came easily -- thanks to his own father's fitness background.  “I came out early to do the pilot, so I trained pretty much every day,” he recalled.  “They put me on a strict fitness regime and diet, too.  I felt that slightly easy to do given I knew how to, and my dad is actually a fitness coach, but for the pilot, I was waking up about 4 a.m. to get to the gym and then head to the set.”

According to Ezra, he was “bitten by the acting bug later in life” and had that not happened he may well have followed in his father’s footsteps.  “I was on my way to getting into sports physiotherapy,” he revealed.  “But once the acting bug bit … It was Shakespeare that actually led to [my] love of acting and once bitten, it was all I wanted to do.  There was no backup plan.

“I feel the entertainment and sports industries are synonymous in a way,” he added.  “Especially for kids wanting to get into either, as it is extremely hard.  I know ultimately what it's like to be a kid with very unrealistic dreams in the same way Spencer dreamed of getting into the NFL.  Then to have all the background noise of people saying, ‘You need a backup plan or fallback,’ and then just be able to put the blinders on and power through it.”

So far Ezra has gotten into the American football groove, thanks to the show’s expert play choreographers, who plot every move on the field.  “The real stars of the show are the guys that design the football plays,” he said.  “They are not just plays, they are also characters [on the show].  I have an unbelievable stunt double that does half the plays for me.  So I'll run some, he'll run some, and we make the best out of both.”

As for his own preference of U.K. soccer over American football, the actor is keeping mum.  “I'm not going to get in trouble with any of my British friends for choosing,” he laughed.  “But I am starting to fall in love with American football, and Spencer has promised he will take me to a game.  I do have a new appreciation for it, but ask me again at the end of the season.”

All American is telecast Wednesday at 9 p.m. on The CW.