Data, Consumer Insights and Breaking With the Past 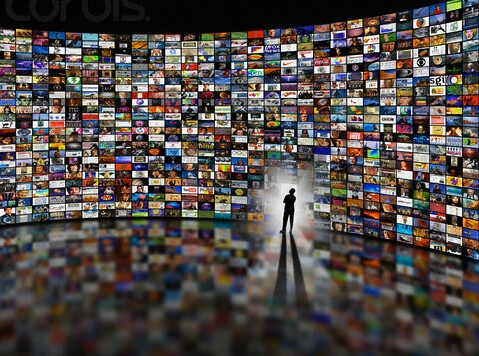 The last several years have delivered significant progress in the data insights sphere. Credit most players in the arena with responding to the changes the digital environment has enabled. Television has responded to improve accountability beyond traditional TV metrics we all grew up with, no small factor in its market resurgence. Agencies and traditional media platforms have instituted the Chief Data Officer position, to signal that “data” has an elevated seat at the table.

My work with a variety of media platforms indicates that most on the sell-side understand the old rules are fading fast. Most sellers now take multiple data sets to the street, and in fewer cases, trade on them secondarily. They also may have double the internal cost center against audience insights than just three years ago (post-Nielsen accounting). Ditto agencies, pitching a unique consumer insights vision to prospective clients to maintain/acquire business. Hence the rub.

The past two selling seasons have witnessed more agencies telling sellers to forget including research in their roadshow presentations.  Why? Because each shop has its own pre-planning formula, if not having reached algorithm status yet. Without the interpretive key to that lock, a seller’s data sets aren’t meaningful -- they stand alone and un-weighted versus the agency’s black box. Long-term, this agency approach does little to incent media platforms to invest in the accountability metrics being demanded in the macro conversation amongst CDOs. It does, however, support the agency’s pitch to prospects that it owns a proprietary formula for choosing media partners. Sellers often report that planners/buyers don’t tell them what the alchemy is, they are reluctant to speak of it, don’t have access to it, or both.

We have all heard of the table-stakes agencies ante up to win business. Little time passes without hearing of savings promised by an agency over a multiple year horizon. It’s fair to question what impact these AOR demands are having on agencies’ ability to use new data/currencies for maximum client gain. Any promised contractual cost-savings guarantee versus existing levels will be based on traditional currencies. Building bridges to new currencies is always difficult. Could it mean that new data sets are employed only when they support the existing CPM narrative? That they are pushed forward more often when they show positive results on the bottom half of the media plan’s existing CPM hierarchy? Are new platforms included only when they support that same hierarchy?

Conversations with members of all three sides in the buy/sell/client triangle have me believing this is at play at some level. To be sure, there is real innovation happening, but it may too often happen in the margins, and it won’t happen at scale until we shed the tether to outmoded standards.  It would be a shame if we as an industry are within reach of what we’ve clamored for, for decades … yet are as tied to the past as ever.

Hank Close, currently serving as Founder, Close & Co., LLC is a forward-looking sales and marketing executive focused on advising both traditional and digital media companies in maximizing top and bottom-line performance. Prior to founding Close …