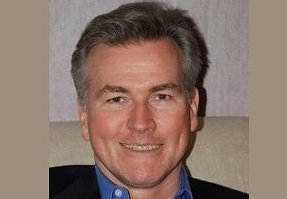 Prior to founding Close & Co., LLC, Mr. Close helmed a $4B+ advertising sales operation at MTV Networks, a division of Viacom, Inc., serving as President of Advertising Sales. Mr. Close's tenure at MTV Networks was hallmarked by the formation of the leading digital sales group in the cable industry, driving $300M+ in digital advertising sales in only three years time. Mr. Close formed the Digital Fusion marketing team within MTV Networks to better define the crossroads of media content and marketer brand advertising, resulting in $40M in new advertiser revenue in its first year. Mr. Close re-organized the advertising sales division along group brand parameters for maximum efficiency and client ease, resulting in both cost center reduction and top-line growth. He was a champion of new advertising approaches in the branded entertainment, traditional commercial pod structure, and audience measurement spheres. He was widely credited with engineering a marriage of street-friendliness with high-value selling. Internally, he managed an 800-employee department for efficiency and results and created a unique talent development culture that has sent many current industry leaders out into the traditional and digital spaces.

Mr. Close's tenure at Fox Broadcasting Company from 1987 through 1999 was highlighted by his stewardship of more than $1B in billings as well as his time running Advertising Sales Research and Sales Development & Marketing. He held five different positions within Fox and was a driving force behind the marketplace's acceptance of "the fourth network." His ability to manage multiple roles earned him his promotion to SVP, Sales. His time in that role saw the build-out of The Fox Kids Network, Fox News Sunday, Fox Late Night, Fox Sports, as well as the primetime effort.

Prior to Fox, Mr. Close spent a one-year tenure at J. Walter Thompson as Director of Broadcast Research, two years with CBS Television Network as Director, Sales Inventory & Planning, and five years with the A.C. Nielsen Company, where he immersed himself in the research and data approach he would utilize throughout his career.

Mr. Close is a graduate of Fordham University and resides in Darien, Ct. with his wife Gayle and twin daughters Emily and Margaret. He sits on several not-for-profit boards including Citymeals-On-Wheels and Partnership With Children. He is an avid musician and athlete.