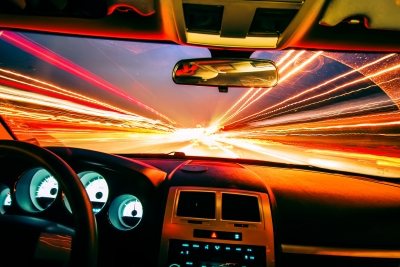 In 2008 the Association of National Advertisers (ANA) surveyed advertisers and found that 42% of them had some form of inhouse agency, performing some media and/or creative functions. ANA repeated the study in 2013 and found that proportion had grown +38% and was then at 58%, with another 6% shuttering such an operation while another 4% were planning to add one. Today the inhouse proportion is probably even higher as a result of advertisers taking more digital trading desks in-house and the increased buzz about “programmatic,” which, being Information Technology (IT), is something that advertiser organizations feel they can handle themselves.

So if that’s where the industry is going, why not prepare to take more stuff in-house?

The importance of programmatic needs to be looked at in this context. It is a weapons system being used by both sides in a competition between in-house and external advertising agencies of all types. The competition is more than two-sided, however, as media are also building their own systems — calling them by many names from DMPs (Data Management Platforms) to SSPs (Supply Side Platforms) to “inventory yield maximization systems” to “trading desks” to “optimizers.” When used by the seller side, programmatic potentially performs all those functions.

Agencies and networks are both explaining their raising automation to the top priority -- after 50 years of keeping it very low on the totem pole -- as having to do with profit margins. Agencies say they are expected to do more work every day by the increasing complexity curve, while procurement wants the numbers to go in the other direction in terms of compensation. Automation is looking like a possible answer. For networks, who have more and more low-rated long-tail inventory to package up, adding people resources doesn’t seem like the appropriate response and, again, automation does seem like the right response.

There is also more data coming from all directions and at scales nothing has prepared anyone for previously. All of these factual explanations for why automation is the new creative are coming together all at the same time and bleeding from digital into television and all media/marketing investment categories.

Some advertisers are now making their own digital buys. Digital today means display, video, mobile, social, search, custom content, sponsored apps. When you include all those things the dollar size is more than half the size of TV, so that’s a lot of business for the agencies to lose. It’s also the fastgrowth part of the business where it’s easier to succeed.

Part of the reason why digital is easier to buy is because it’s data driven and rational, unlike TV where commerce is negotiation-driven and irrational.

Automation in TV buying and selling is 50 years behind where it could have been. The lag in automation, caused by monopoly and a head-down strategy by its customers, is now experiencing the other play of the rubber band. Automation in the media industry is snapping back into a new golden age. Suddenly people are noticing the flagrant wastage as smaller-than-ever numbers of young agency people try to keep up with thousands of media choices (all with disharmonized metrics) -- not to mention design and activation of the optimal campaign. And it has now laggardly occurred to the C Suite that the economic squeeze strategy has had alarming effects on the agencies and also on the degree to which TV media practitioners appear to have fallen behind digital media practitioners in being able to drive by data rather than by the seat of their pants.

The industry is discovering that data driving is more fun (and safer!) than driving by the seat of one’s pants, which have always felt so comfortable – until, suddenly, now.

The difference is the readability of the value of one’s efforts. Today’s focus is on judging by actual sales results, carried on the wings of direct marketing, which buoyed up digital especially in the early 00s and even today. And the work of TiVo Research/TRA, Datalogix, and their fast followers. The result of these forces have combined to create a “let’s see the results” mentality, which has now taken over C suites. Naturally this is the time they would begin thinking about taking some agency work inside. It has not hurt Anheuser Busch, nor Empire Today, WOM, nor the many others who are improving financial performance with inside agencies for some of their media and/or creative work.

This has just happened since 2008. Apollo introduced the first stirrings of it circa 2005-2008. TiVo Research/TRA hit prominence in 2008. Others soon followed. With all the research forces now preaching sales resultism, how could automation not benefit?

Within TV itself, the major agencies have reached parity by their own admission on using optimizers of approximately the same design. I was one of the pioneers designing optimizers in the 1960s -- the same optimizer design that agencies speak of having today.

It is limited by its choice of data and its choice of what is value. Namely, reach. Not ROI. Not even attentive reach, or engaged reach, since feeble data exist in those important categories. You can’t optimize what you don’t have data for. The industry never decided it was irrational to proceed without achieving ARF’s 1953 vision of getting to sales as the value to be optimized, except for a sect called direct marketers.

The non-direct marketers are the main population of practitioners. Non-direct marketing had advantages over its smaller brother: It was easy, anybody could do it, everybody could understand it, and everybody could stand up to its wiggle-roomish non-harsh requirements. It was sexy -- meet celebrities, be part of show business. All the big money went there on the advertiser side for the same reasons.

Historically we have been through an irrational period in the media and advertising industries, because we could. At this turnaround moment there is opportunity that does not always exist in the fields in which we practice.

For external and inhouse agencies and media, the opportunity is to be the first to invest in superior optimization not by replacing knowledge workers that have the greatest expertise, but by replacing or reassigning the people running systems that are simply not automated enough.

For people in the research, data, analytics and software businesses, the opportunity is to lead the disruption with new systems that prove themselves in terms of dollar ROIs, not just proxy ROIs, and streamline what people have to go through at the hands of machines.

Agencies have the opportunity to shift compensation more to a performance basis and to reintegrate the full-service agency, all as part of the automation revolution that is upon us.