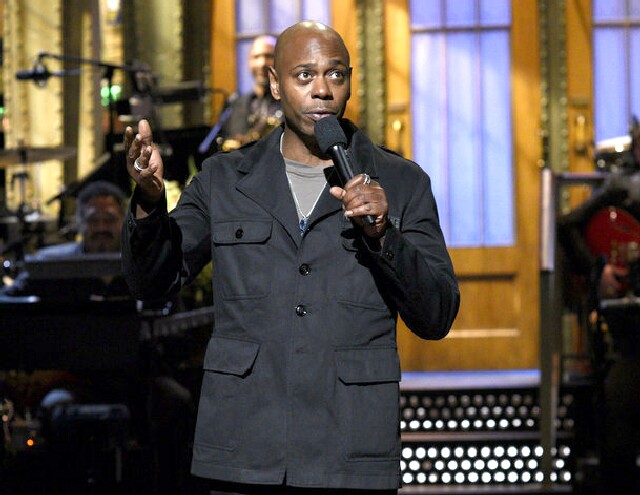 Saturday Night Live. Dave Chappelle. A Tribe Called Quest. My blackness alone had me excited for this episode. A comedy legend was returning to TV after God knows how long and he had one the world’s most legendary rap groups in tow. For that reason alone it was going to be an epic night. That said, I was also curious to see how the show would react to the events of last week, especially since Clinton v Trump had been the topic of most, if not all, SNL political parodies for the past couple of months.

The show’s cold open featured Kate McKinnon in her now-iconic portrayal of Hillary Clinton singing a sobering rendition of Leonard Cohen’s “Hallelujah” while playing piano. There were no jokes here. No shots taken at Trump. No “we ran a good race” speeches or any “yikes, this is awkward” jokes to speak of and, honestly, it felt appropriate. As I watched McKinnon (pictured below) fight back tears and, at the end of the song, try to offer some words of hope to at least a portion of this now divided country I realized she was only reflecting how a lot of us feel. SNL was openly mourning a loss -- not of a political race, but of faith in our fellow Americans. 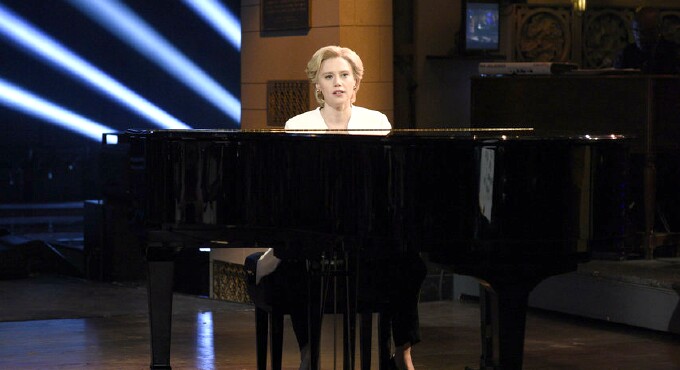 I’ve never been huge on politics, chalking my disinterest up to the idea that politicians would do whatever they wanted once in office anyway, but this election was something that had caught my attention in the way that hearing an intruder in your home might. As a man of mixed racial decent -- my father is from Barbados and my mother is half Puerto Rican and half Honduran -- I’ve been feeling less and less safe out in the world. Given recent events, the prospect of any interactions with police for literally any reason is terrifying. It already seems as though we (people of color) could have our lives cut short at any time and the most that may happen is “an internal investigation” or maybe a couple of protests.

Now, with Donald J. Trump as the President-elect, how could I possibly feel any safer? I don’t want to end up a hashtag, nor do I want certain of my family members with questionable immigration statuses to be deported. I don’t want anyone’s right to choose whether or not to have an abortion, marry the person they love or pray to the god of their choice (or to pray at all) to be infringed upon. It’s been made very clear that these are all things this man does not stand for and, by association, the same is true of the people who voted for him.

Alas, I digress. Into the chaos steps Dave Chappelle. During the applause before he spoke, I felt like I was sitting in a black church excited ‘cause I knew the pastor was ‘bout to say some shit. The amount of joy I felt solely from hearing new material from this man was immeasurable. Seriously, I can’t stop watching that opening monologue. He was hilarious, and he was able to say what a lot of us are thinking in true Chappelle fashion.

“America’s done it,” he declared. “We’ve actually elected an Internet troll as our president.” He proceeded to poke a bit of fun at anti-Trump protestors, saying, “I watched a white riot in Portland, Oregon, on television the other night. The news said they did $1 million worth of damage. Every black person watching it was, like, 'amateurs.'"

There were many jokes in his monologue, but it was after dropping some real knowledge that he eventually ended on a note of hope. "A few weeks ago, I went to the White House for a party,” he said. “It was the first time I had been there in many years and it was very exciting. BET had sponsored the party ... and I saw all those black faces -- and Bradley (Cooper) -- and I thought about how happy everybody was, these people who had been historically disenfranchised. It made me feel hopeful and it made me feel proud to be an American and it made me very happy about the prospects of our country. So, in that spirit, I’m wishing Donald Trump luck, and I’m going to give him a chance, and we, the historically disenfranchised, demand that he give us one, too. Thank you very much."

Besides the phenomenal first fifteen minutes of the broadcast, the rest of the show was full of dope surprises. Chris Rock came in with the assist on the first sketch, which was a pretty funny portrayal of white Hillary supporters doing what half of America did Tuesday night -- begin the evening thinking Hillary had it in the bag, only to slowly come to the realization that she had in fact lost to Trump. The performances by A Tribe Called Quest were also pretty sick. It was good to hear something new that still had the familiar vibe of their classic stuff. The hip-hop legends paid tribute to their fallen bandmate, Phife Dawg, and at one point they were joined on stage by rappers Consequence and Busta Rhymes. To me, it felt like these “extra” celebrities had come out to help us cope. (Chappelle is pictured below center with Jerobi White and Q-Tip of A Tribe Called Quest.) 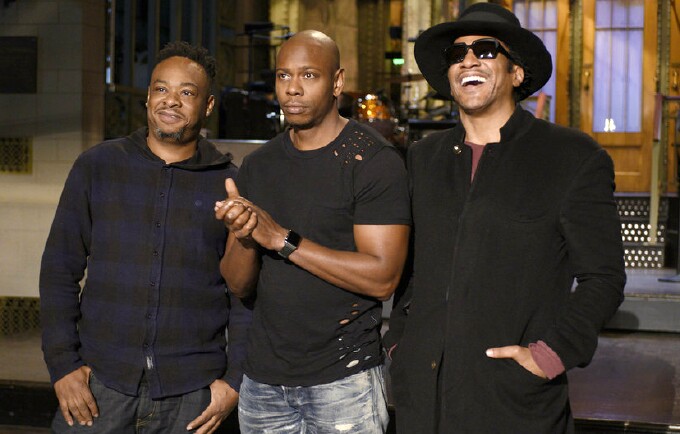 All in all it was an amazing edition of SNL. According to Twitter, the only thing better was Chappelle’s after-party that followed, which drew such superstars as Madonna and Lenny Kravitz.

One could say that SNL in recent months back-stepped with all of its anti-Trump skits, especially in light of the fact that not too long ago it had him on the show as a host. I believe the SNL staff just didn’t think there was a real possibility we would end up with a “President Trump.” Honestly, I don’t even think he really thought he’d win, but I would like to make myself perfectly clear: I am not vying for Donald Trump to fail. That would be silly, because I have to live in this country, too.

I share the same sentiment that Dave Chappelle offered in his monologue, although I do feel kind of bludgeoned by the outpouring of hatred this vicious campaign has awakened in this country. However, to quote something Kate McKinnon said to the audience at the end of her performance, “I’m not giving up, and neither should you.”