Dawson Does Diplo on Viceland 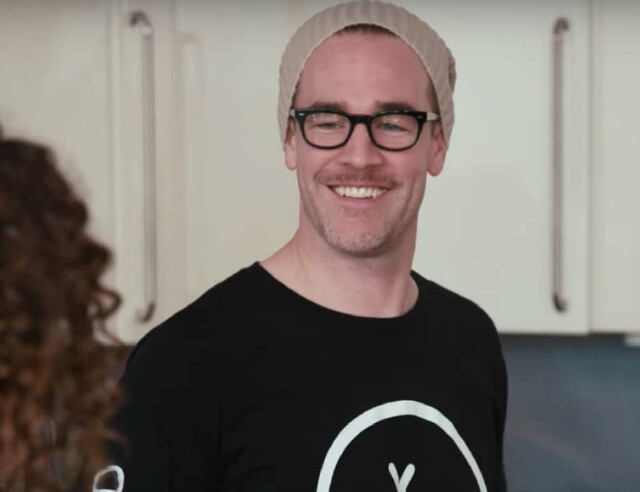 The truth is, James Van Der Beek is likeable as f*ck.  It’s the ethos of his entire career. He has had plenty of roles since appearing in his claim to fame, Dawson’s Creek, but until recently none were more entertaining than when he played a fictional version of himself on the criminally underappreciated Don’t Trust the B in Apt. 23.  He was vapid, self-obsessed and hilariously shallow.  Now, as the creator, showrunner and star of Viceland’s newest scripted comedy What Would Diplo Do? -- a fictional version of DJ superstar Diplo’s life as seen through his eyes via a collection of parables -- he’s showing the world what he’s truly capable of comedically, and I can’t imagine anyone else doing it so damn well.

Given his comedy track record, playing the lead role in a show that, as he put it during Viceland’s session  at the Summer 2017 Television Critics Association tour panel, can only be surmised as “EDM Jesus sucks at life” is indisputably right up Van Der Beek’s alley.  Obviously, plenty of other shows have utilized the mockumentary format, usually centering on completely fictional (but reality-based) celebrities (a la Documentary Now!). WWDD?,however, keeps a much looser grip on this format, a) by starring a caricature of a real life superstar as opposed to making one up, and b) by serializing anecdotes shown from fictional Diplo’s point of view, as opposed to clinging to the now beaten-to-death documentary aesthetic (a la The Office).

At first glance, Diplo (the character) seems a little Ron Burgundy-ish, specifically in the way he humorously attempts and fails at seeming as wise and insightful as he thinks he is.  In truth, he comes off as less of a buffoon, and more of a kind-hearted, accidental guru whose actual gems of knowledge and admirably undefeatable outlook on life are only undercut by his social ineptness.  It is undeniable that this man has the ability to affect 60,000 loving fans all at once when doing his laser and pyrotechnic-filled EDM shows, but one-on-one interactions are an obvious problem for him.  Hell, dealing with his own personality seems like it can be an issue at times but, with the exception of the small circle of friends and advisors he keeps around him, it’s the source of some of the show’s funniest material.

As with all things Viceland, What Would Diplo Do? has a strong, unique and unapologetic voice that mostly caters to the Millennial crowd.  Older generations may find themselves asking questions like, “Who is Diplo?”, “What does EDM mean?” and “Why is Dawson fighting ninjas right now?” but alas, the demo this series is meant for already knows the answers to such questions, or at least doesn’t care enough to ruin such a funny show by asking them.  The reason behind Van Der Beek’s success in this genre is his ability to laugh at himself, and Diplo’s ability to do the same is the reason this show is comedic gold.

As Billboard’s Kat Bein stated in a recent article online, “Van Der Beek is a better Diplo than Diplo is”, and as much can be evidenced by the show’s promotional twitter account (@_diplo_) that I now religiously follow and really like to think the Beek’s is running himself (even though it’s probably run by the show’s writers).  Either way, like Dave Chappelle’s over-the-top portrayals of Rick James and Prince before him, the fictional persona of this real-life EDM god is guaranteed to continue growing in popularity as the show itself inevitably gains traction -- which is a pretty safe bet when considering the fact that Viceland viewers are a decidedly open-minded bunch.  So, when one finds themselves on the same roster as shows like F*ck, That’s Delicious; Bong Appétit, and Desus & Mero, it’s safe that one is in good company.  Viceland has once again created a show that vape-enthusiasts and stoners of every ethnicity will enjoy for years to come.

Underneath it all, WWDD? is a love letter to EDM and a testament to the unifying power of music and positivity.  It’s also an ode to being true to oneself, because even at his most misguided, the Dipster is always simple of heart and sincere in sentiment.  Sure, Van Der Beek’s good-natured Diplo truly lives up to the moniker “EDM Jesus” but, like most of Viceland’s programming, I still wouldn’t recommend watching this with children due to the adult themes and language the network is known for.  That said, “What would Diplo do?” is a question I find myself asking more and more often these days, and in this instance, I think Diplo would watch this show -- because he does ... you know he does.

What Would Diplo Do?is telecast Thursday at 10 p.m. on Viceland.