"Days of Our Lives" Gets Dark and Deadly 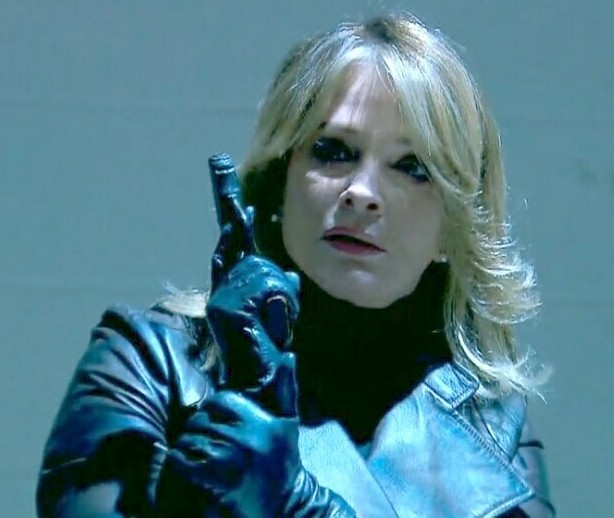 I just watched the guy who played the madman in the “Saw” movies trap and torture a middle-aged man and his twenty-something son in his dungeon-like lair. His nefarious plan was to drain their blood and use it to counter a rare terminal disease he was fighting; one that had already left him hideously ravaged. The room looked like someone had been slaughtered in it. Meanwhile, in another area of the building, the twenty-something son was being mercilessly subjected to some sort of brainwashing. No, I wasn’t streaming a new torture-porn flick on Netflix or Amazon. Instead, I was watching this tale of terror play out on NBC’s lone daytime drama, “Days of Our Lives.”

Tens of thousands of hours of daytime drama have been telecast on the broadcast networks since the inception of television soaps in the ‘50s, and with all that storytelling in the rearview mirror it’s rather rare to see anything on the four remaining modern genre staples – CBS’ “The Young and the Restless” and “The Bold and the Beautiful,” ABC’s “General Hospital” and NBC’s “Days” – that viewers haven’t seen before (or that their ancestors saw back in the day). So it’s always surprising when something absolutely new pops up on any of them.

And when one of them does something truly distinctive it’s worth calling attention to – even if the content at hand isn’t traditionally associated with love in the afternoon, long the driving creative direction of the best broadcast serials.

Is a scenario as hellish as the one described above (and pictured throughout this column) the kind of thing people want from daytime drama? Is it representative of the environment in which daytime advertisers (mostly of consumer goods) want to showcase their products? Are blood, guts, terror, torment and the like welcome there?

Did I mention that – in strict adherence of the soap opera tenet that the best stories are those that revolve around family and the history of a show’s core characters -- the fiendish old man overseeing the horror of it all (Tobin Bell, pictured above right, and better known as the “Saw” franchise’s menacing Jigsaw) was the father of the middle aged man (“Days” veteran Drake Hogestyn, above left, the heroic John Black) and grandfather to the younger fellow (“Hawaii 5-O” recurring cast member Christopher Sean, below, here playing John’s long-lost son Paul, an openly gay professional baseball star)? 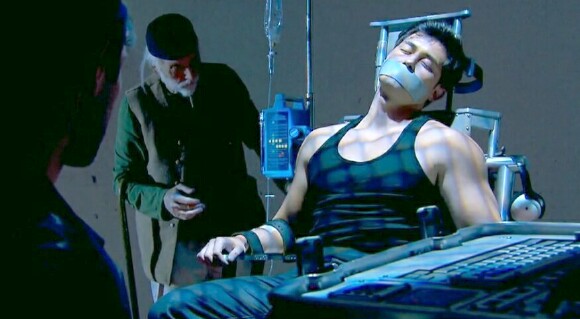 This is hardly traditional stuff when it comes to broadcast soap operas, and it certainly speaks to the dilemma the remaining soaps must face every day: When they try something new and outrageous (like this storyline) older viewers tend to push back. The hope is that younger viewers might be motivated to stick around and, at a time when Shonda Rhimes’ special brand of crazy has made ABC the must-see network on Thursday nights, that potential new viewers might take note. It doesn’t always work that way, but the broadcasters that telecast them and the studios that produce them must be given credit when they create something so far out of the ordinary. 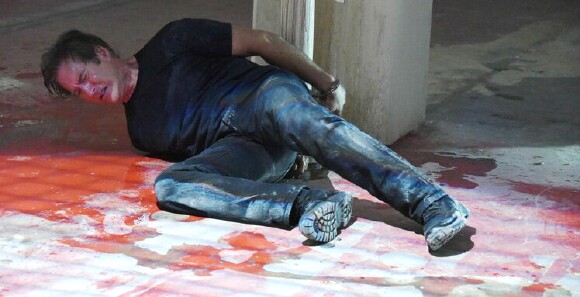 In my many years of soap opera viewing I don’t recall watching anything exactly like the scenes I have seen in recent days on “Days.” I think it was the set -- a creepy, cavernous room much larger than rooms normally seen on soaps – that first caught my attention, along with the lighting that made everything seem surreal at times (especially the ghastly makeup worn by Tobin Bell, below). Hogestyn and Sean did a fine job with material a bit beyond the norm for daytime, as did other cast members whose characters came to their rescue. I’ll include a special shout out here to Deidre Hall (pictured at top), a daytime veteran of many decades whose character, stately Dr. Marlena Evans, looked great in black leather and kicked bad-guy butt. 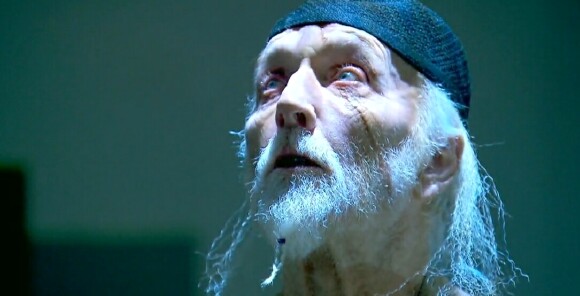 Lord knows this story isn’t the first dramatic departure from standard daytime drama. Long cancelled soaps including “Guiding Light,” “All My Children” and “One Life to Live” periodically presented some pretty wacky material, including clones, time-travel, visits to heaven and to underground cities and more. Back in 1981 “General Hospital” famously married soap opera and science-fiction with a now legendary story about a weather machine that caused a massive blizzard in the upstate New York city of Port Charles during the dog days of August, putting all of its citizens in peril. 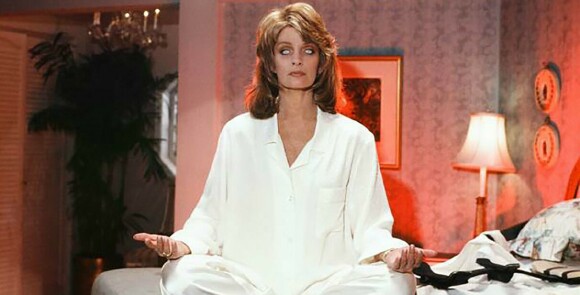 Indeed, it was “Days of Our Lives” that first introduced a horror-movie element to daytime drama when, back in the ‘90s, Marlena Evans was possessed by Satan (shown above) and John Black (then a priest, don’t ask) helped to exorcise her. That craziness sent ratings through the roof and brought “Days” more coverage in mainstream media than it had experienced in decades. A few years after that, an incredibly convoluted story about a savage serial killer who seemingly murdered many of the primary characters brought similar attention to the show -- until the whole thing was revealed to be a series of fake-outs and all of the killer’s victims were found alive and well on a tropical island. That story is looked back upon as an epic fail.

There’s no telling what “Days” will do next, but huge challenges loom, because as declining ratings for ABC’s once-promising “How to Get Away with Murder” indicate, there’s such a thing as too much crazy. Maybe the way to stop audience erosion for daytime dramas is to follow the lead of soap operas in other countries and give viewers more sex and skin rather than blood and guts. The important thing is that all four soap operas continue to experiment, perhaps without concern for the way things have always been done. That’s how the late Gloria Monty, producer of “General Hospital” from 1978-1987, turned a once-failing franchise into the most popular and profitable program on ABC.