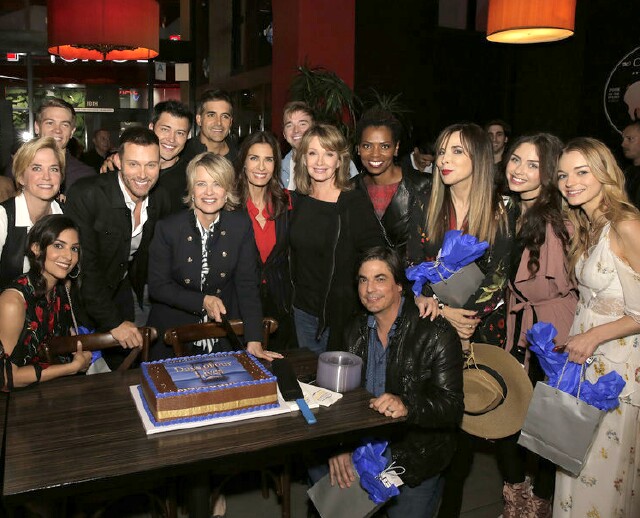 Nobody energizes or reinvigorates a pooped-out soap opera quite like writer Ron Carlivati.  He did so on ABC's General Hospital back in 2010 and he’s doing it again as the new head writer on NBC's Days of Our Lives, which had become directionless and difficult to sit through during the last year or two.

Carlivati hit the ground running, bringing back (from the dead) Will, a young gay character who had become the heart and soul of the show before he was stupidly killed off (though not really) by a previous “creative” regime.  He doesn't remember who he is, but Will is clearly drawn to Paul, the young man that Will's husband Sonny was about to marry, having finally moved past his grief at losing Will.  It's a very familair soap opera storyline that is playing out in a way we have never seen before.

At the same time, Carlivati dared to go there, launching a ballsy, uncomfortably relevant story about a beloved young white cop who accidentally shoots a beloved young black man he mistook for a criminal who happens to be the son of the beloved mayor.  There were compelling reasons why both young men ended up where they were and why they did what they did, with tragic results.  As the victim languishes in a coma, the incident is threatening to tear apart the town of Salem, where almost everybody knows and loves everybody else.

Ratings are climbing as these two giant stories centered on a truly diverse mix of characters continue to escalate.  The cast -- veteran players and newcomers alike -- have more than risen to the task at hand, clearly relishing all of the good work they are being given to do.

I do wish Sony, which produces the show, and/or NBCUniversal would increase the production budget a bit, since Days sometimes looks cheap (especially the outdoor scenes, which aren’t fooling anybody).  The actors and writers who are making this magic deserve the best.  But that is a minor quibble.  Right now, Days of Our Lives -- which premiered 52 years ago -- is a modern American soap opera at its very best.

As I never tire of saying, daily soap operas are now the only programming genre that is exclusive to broadcast television.  Cable networks and various digital platforms have proven quite capable at delivering everything else.  The broadcasters should embrace and support the only genre that is now exclusive to them, especially at a time when so much of daytime television is so unremarkable.

Writers like Carlivati can show them the way.   Here’s hoping his team at Days continues to push the envelope (as great soap writers and producers always have done) and move the show into the moment.