"Deadpool" Drama: Donald Glover and the Script Read ‘Round the World 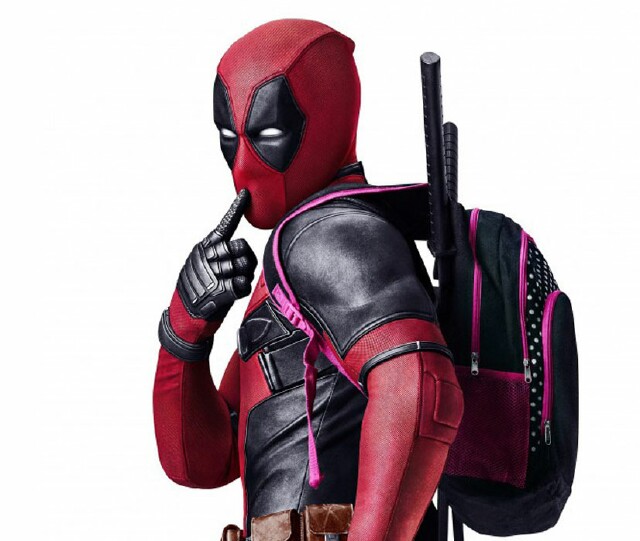 If life were fair, the metaphorical valley that creatives must navigate in the names of their respective visions would be a universal distance for all who traverse its treacherous depths. Life isn’t fair, however.  It’s full of undeniable truths that we all must accept (even if it’s only for the time being).  Here are two of those truths: 1) In reality, the aforementioned valley waxes and wanes in a different manner for each of us, and its size is (unfortunately) usually directly correlated to one’s gender and/or pigmentation; and 2) The TV business is just that -- a business -- and if a network or studio feels a showrunner’s vision doesn’t line up with what they had in mind for their intellectual property, they have every right to part ways citing “creative differences” as the reason.  Those two truths are the most prominent themes in Donald Glover’s recent shade-throwing session on Twitter, and I’d like to explore them both.

Glover – writer and star of FX’s hit show Atlanta – recently took to Twitter to dispel the rumors that he had been too busy to work on FXX’s animated Deadpool series.  The cable network had previously ordered a 10-episode season from Glover and his brother Stephen, but then came the news last month that FX and both brothers were off this highly anticipated Marvel project.  FX more or less stated that the issue was more “Marvel v. The Glovers” than “Marvel v. The Glovers and FX,” and Marvel remained tight-lipped about the whole situation.  Glover (Donald, that is) took the time to clear up any misconceptions his fans might have had with this tweet:

That tweet was immediately followed by 15 separate posts, each a page from a script that was supposedly meant to be the season finale of the series in question. (I won’t bother posting it here, it’s all over Google.)  Hilarious, irreverent and unforgivingly honest, the script has been interpreted as a peek at what could’ve been had the Marvel/FX deal not fallen through, but with references that are all too timely and surely wouldn’t have made as much sense in a future release, it’s obviously something Glover penned just to get the last word on Marvel for having walked away from the project.

To look at this whole thing objectively I, again, had to accept certain things as truths.  For example, let’s assume that this script is very recently written, and that its intentions were mainly to sneak diss Marvel.

Assuming certain things were thrown in to this particular episode solely to comment on the current situation, we can pretty safely conclude that the rest is a pitch-perfect representation of the kind of character and show we would’ve gotten in the other episodes.

Let’s also assume that “creative differences” isn’t code for “you made our show too black” and that Marvel really did just find it hard to mesh creatively with Glover.  If there was no mal-intent, what could’ve scared Marvel off?

I got some ideas.

The first thing I noticed upon reading the script was, for lack of a better adjective, the “blackness” of Glover’s speech.  The most recent iteration of the character, and the reason for his popularity in recent years, is the one Ryan Reynolds made famous in 2016’s Deadpool.  I tried to read Glover’s script with Reynolds’ voice in mind, but it honestly just kept sounding like Glover to me.  In the script, the title character makes references to Black culture that, hilariously enough, no one he’s talking to seem to get, but some of the dialogue surrounding said references didn’t always sound Deadpool-y to me.  They sounded like Wade Wilson (the man behind the mask) had more black friends then we were previously led to believe.

Now think about Marvel.  I’m not saying that the “blackness” of Deadpool’s speech was a deal-breaker, but if his overall vibe throughout the season was too “hood” when compared to how he’s perceived in the public lexicon, there could’ve been a potential disconnect with his fans.  I mean, Marvel’s cinematic universe is ten years old, and we justgot Black Panther.

Then there are the jokes themselves, which poke fun at everything from real-life teachers having to arm themselves in class to the recent “Who Bit Beyoncé?” scandal to the “fact” that Marvel apparently tries “to sell toys to seven-year-old boys and fifty-year-old pedophiles.”  The point here is not the raunchiness, or the language, or even the “blackness” (well, maybe the “blackness”), it’s the direction of these jokes.  Deadpool is verymeta.  Breaking the fourth wall is literally his thing, but Marvel doeshave an agenda, and that agenda places selling toys much higher than letting the rogue in the red tights take not-so-lighthearted jabs at them.

Movie Deadpool referring to how the studio “couldn’t afford to have any more X-Men” or commenting on the clusterf*ck that is the X-Men timeline feels more akin to being roasted by a friend, and Fox apparently has thick enough skin to handle it.

But the idea of Marvel targeting pedophiles andchildren as their main demographic is obviously too much for them to take with a smile.  Couple this with the touchiness of most of Glover’s jokes, which contrast heavily to the Hugh Jackman-centric comedy provided by Reynolds’ character, and it is not too hard to see why Marvel was reluctant to move forward.