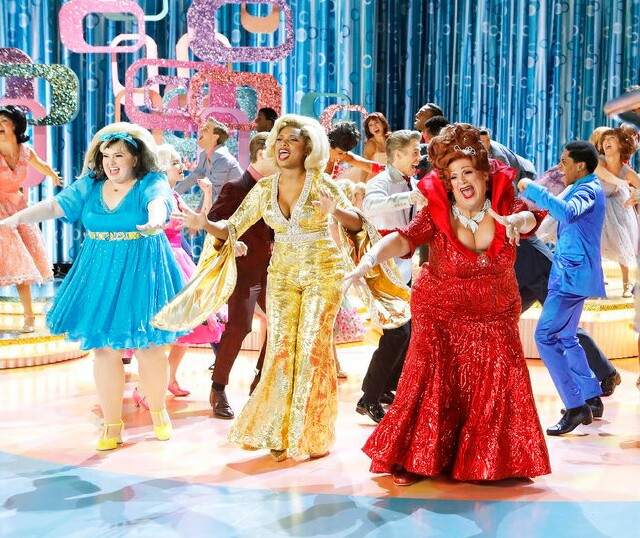 It’s the holiday season. This is supposed to be a happy time. So, why are the broadcasters suddenly behaving like kids who find coal in their stockings? It's not as though they have nothing to celebrate. (More on that below.) And yet they seem to be accentuating the negative. I’m speaking primarily of the shocking news earlier this week that the chief programmers at CBS, NBC, ABC and Fox had collectively decided to cancel their 30-minute sessions with reporters and critics at the upcoming Winter Television Critics Association tour.

I use the word “shocking” because this has never happened in the 25 years that I have been attending the Winter and Summer TCA events. I was speechless when I first found out about it. Others were not: The esteemed Tim Goodman of The Hollywood Reporter immediately opened a can of thoughtful and thought-provoking whup-ass on them all. Here at MediaVillage.com our own Simon Applebaum also weighed in.

There really haven’t been better or more thoughtful responses to this madness. I use the word “madness” because the broadcast networks are federally regulated businesses, and the assumption has always been that, as such, the people running them are beholden to appear before the press from time to time and explain to the American public why they do the things they do.

(Editor’s note: The outcry from the press about this matter is having an impact: As I was writing this column I was informed that Fox has changed its mind.  Apparently one or more of its top programming executives will appear at a press conference during the network’s day at TCA.  This paragraph will be updated in the future if the other networks follow suit -- as they should.)

For many TCA members in attendance, sessions with the presidents and/or CEOs from the Big Four networks (along with the chiefs of The CW, FX, HBO and PBS, among a select few others) are the most important of the hundreds of press conferences scheduled during a typical tour. Time with those individuals is one of the primary reasons why cash-strapped publications continue to find the funding to send their people to TCA gatherings.

This TCA/broadcast kerfuffle comes at the close of what is increasingly referred to as a desultory fall season for the broadcasters – and it seems to confirm every bad thing the press has been saying about them and the programming they have chosen to put on their air. The networks should challenge the press on this. They shouldn't turn away. That’s not smart. They still know how to put on a good show.

Look, it’s a given that as the number of entertainment options continues to increase, everyone is going to get a smaller piece of the pie. During the 25 years that I have been covering television the broadcasters have taken annual blows, first from cable, then from the Internet and then from the further disruptions brought about by digital technology.

Audiences are going to continue to fragment. Nothing new there. What is new is that, despite competing at any given time with hundreds of established series on cable networks and a bottomless pit of content on the streamers -- and even though they are unfairly disadvantaged by FCC regulations while cable and the Internet run wild and free -- this fall each of the Big Four has introduced a new drama series that can be qualified as a success for its network: CBS’ Bull, ABC’s Designated Survivor, Fox’s Lethal Weapon and, the best of them all, NBC’s award-worthy This Is Us. Across-the-board achievements of this kind don’t often happen, especially at the start of a new season when competition among networks rages at a fever pitch.

Further, CBS and NBC each have another new drama that has done well: MacGyver and Timeless, respectively. Both hold much promise going forward. Similarly, Fox in The Exorcist has a new drama that may be struggling in the ratings but is nevertheless one of the most gripping on broadcast television.It's a surprisingly satisfying continuation of the story that started in the novel by William Peter Blatty and subsequent box-office smash directed by William Friedkin over 40 years ago, and it deserves a strong show of support from network and press alike.

On the comedy front, CBS seems to have a hit in Kevin Can Wait and, though it needs a little fine-tuning, another success in Man with a Plan. And ABC has two new sitcoms that aren’t going anywhere: Speechless and American Housewife.

What’s more, Fox couldn’t have asked for a better World Series to pump up its fall performance.  (For some viewers it was the most exciting Series ever televised.)  ABC scored with its telecastof the 50th Annual Country Music Association Awards and the season finale of Dancing with the Stars. Now that the fall finale of this long-running franchise also serves as an introduction to the holiday season by presenting many of its performances in the festively decorated Grove shopping complex adjacent to its studio, it has taken on the very welcome tone of an annual Christmas variety special.

Speaking of holidays, let’s all just stand back and admire NBC as it swings into gear with its sensational Christmas season programming, including this week’s Tree Lighting at Rockefeller Center, its second Dolly Parton-produced TV movie, and its upcoming music special celebrating the 90th birthday of Tony Bennett.

And let’s not forget Hairspray Live!, the fourth of NBC’s live December musicals, now an invaluable holiday tradition. Hairspray will be telecast on Wednesday night. I’m comfortable stating right here and now that it is going to be huge. With that cast, how could it not be? (That's a photo from a Hairspray Live! rehearsal at top.)

Meanwhile, that other broadcaster, The CW, had much to celebrate this week with ratings for its four-show crossover that ran Monday-Thursday nights, mixing and matching characters from Supergirl, The Flash, Arrow and D.C.’s Legends of Tomorrow. (Significantly, The CW was the only broadcster to not cancel its executive session during its day at TCA.) There isn’t another network or streamer on the planet currently in a position to pull off anything quite like that, though NBC is getting close with its ever-expanding, inter-connected series of Chicago shows, which together comprise an exciting example of broadcast innovation. If only they were better programs. They need more humor, more playfulness, less perpetual tragedy and more sex appeal. And better writing. But Dick Wolf’s strategy of having four series function as one super-story in the manner of the CW superhero shows is well worth supporting.

I’m sure all of the broadcasters have other shows to feel good about these days. The point is, they have much to celebrate … and they should get about doing exactly that.