“Dear White People” Is Less Intense in Season Three, But Woke as Ever 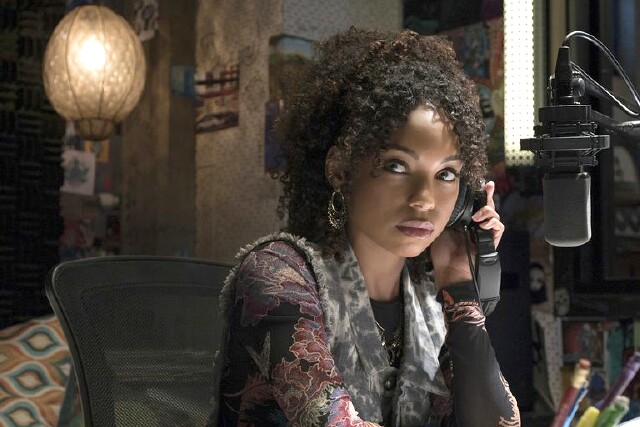 The third season of Netflix’s Dear White People is finally here, and while we’re still roaming Winchester’s fictional ivy league halls with all our favorite students, things are a bit different now.  In its first season, DWP was making its presence known as the socially aware conversation starter for the underrepresented (i.e. this is what “woke” looks like).  In its second, it delved deeper into its many proposed theses by giving a face to the opposing arguments and broadening the scope of that conversation.  Now, in its third season, titled Volume 3, it’s pumping the brakes a little.  Not enough to be considered backtracking, but certainly enough to make these new episodes feel less … intense.  We are at that stage, people.  This is where we go from stating our thesis and hearing each other’s arguments to discussing the practical application of this data. In other words, is your “wokeness” still working, or is it working against you?

When I say “wokeness” (which I’m fully aware is not a real word), I mean the state of being “woke,” or alert to societal injustices like misogyny and racism, which is usually a good state to be in.  The question I think this season is asking is whether a certain level of vigilance could cause one to embrace more divisive views and ultimately end up a detriment if left unchecked.  The show uses pretty much its whole main cast as vehicles through which this question can be explored, but to do so the pace of the exchange being had needed to change.

The inherent pressure brought on by the intensity and passion of the past couple of seasons feels as though it has let up a bit.  This isn’t to say that the issues at hand -- which still consist of things like gender equality, socio-economic prejudice and sexual assault -- aren’t serious or worthy of the same fervor as those previously explored.  It’s saying the opposite, which is that these topics are just as important and therefore deserve even closer attention, hence the slowed pace.

Each one of DWP’s main characters is doing the same two things: behaving in a way that is more or less contrary to their usual behavior and dealing with a real-world situation that’s being affected by a mental framework of their own design.  For example, Sam (Logan Browning, pictured at top) has an issue with one of her assignments, and even though assistance is readily available to her, she refuses because of the negative opinions she holds about her would-be benefactor.  Her perception of the situation is skewed by opinions formed from her “woke” beliefs.  As far as her behavior, she is no longer the fiery campus activist she once was.  Quite the contrary, when she isn’t watching a satirical version of The Handmaid’s Tale, she’s working on an important project in a somewhat relaxed and directionless manner.

Lionel (DeRon Horton) also does a 180, going from timid and introverted to confident and, dare I say, loud (on occasion).

Almost every character does this.  The show even goes as far as stating it, twice -- once through Sam, and another time through Reggie (Marque Richardson) -- in lines that pretty much boiled down to “We can’t just do the same old sh*t, this isn’t season three of a Netflix show.”  It’s pretty self-referential for a series that’s only gotten as meta as fourth wall-breaking gazes so far, but it is still organic enough to not break the show’s format.  And, it’s pretty funny.

As far as that slowed pace I mentioned goes, it does pick back up a bit towards the end of the season.  I won’t say what exactly happens that gets the heated discussion train rolling again (watch it for yourself), but I will say that those last few episodes are closer to the traditional Dear White People style we grew accustomed to over the first couple of seasons.

Some of the lesser characters get more of the limelight, as well, including Brooke (Courtney Sauls), who steals the show every time she’s on screen, and D’Unte (Griffin Matthews), who is almost literally magnetic.  These two are probably the biggest personalities on the show this year, with the exceptions of Kelsey (Nia Jervier) and Abigail (Sheridan Pierce), so it’s great that they get a greater share of the focus this time.

All around, Dear White Peopleis still as compelling and emotionally honest as its always been, and above all, it’s funny.  The banter is clever and sharp, and there are perfectly timed chime-ins littering every episode.  Creator, writer and producer Justin Simien, who also has a hilarious onscreen role this season, is a master of hyper-aware commentary and visual storytelling, and Volume 3 is yet another example of just that.