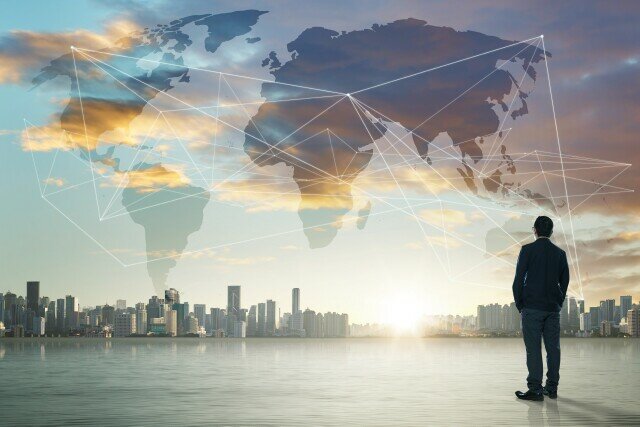 There was a time when Carat was head and shoulders above every other media agency (in Europe). Even their competitors said so. There were two main reasons for this. First, they were the biggest, and by a street the most entrepreneurial, as the original network was created by purchasing the leading media independent in each European market. And secondly, they spent more on research and tools than anyone else.

They may no longer be the biggest, or indeed independent, as these days of course they're a part of Dentsu. But their investment in tools and research is still to be admired.

The latest manifestation of this is Dentsu's work on attention. This has been going on for a few years under the catch-all title of The Attention Economy, involving the leading attention-measurers: the U.K.'s Lumen, TVision out of the U.S. and Amplified Intelligence from Australia.

This week the agency unveiled its latest work, part of a multi-year journey designed to highlight the importance of attention in media planning and (eventually) buying. Mediatel carried a piece today highlighting the work.

So, all credit to them for the ambition, the consistency and what I would guess is a not inconsiderable investment. But (and you knew there was going to be a but) the work unveiled this week does pose several questions that remain unanswered, and even one unasked in the webinar's Q&A.

The first -- the question posed on the Q&A screen but not asked of the panel (I apologize for not noting the name of the person asking it) -- related to how the agency saw their data being used within the walled garden approach to data adopted by Facebook and others.

This is significant, as Facebook is, it seems, "partnering" with Dentsu. I'm not sure what that means exactly, although I can hazard a guess. Watching Mike Follett of Lumen present slides that talked up the importance of what are according to the MRC guidelines "unviewed" views, and very short exposures to messages, made this cynic wonder about the exact role and influence of the partner.

But putting cynicism aside for a moment, it's right and proper to note that Dentsu, along with other agencies, is all over the topic of cross media measurement, as being explored by ISBA's Project Origin and others.

This U.K. attention work from Lumen is all about ads on mobiles. Certainly, collecting data on ads viewed on mobiles is important, but in a cross-media age so too are ads seen on TV and news sites, in audio, on OOH and the rest.

The question is (and to his credit Jonathan Waite from Dentsu did have a go at this one) surely the attention paid to a brand's ad on (let's pick a platform at random -- Facebook) is influenced by (again, taking a medium at random) the same brand advertising on TV? That influence is likely to be considerable.

The Dentsu response mentioned their involvement in a future study with TVision, who do indeed measure head movements in front of TV sets in the U.S. Yes, the use of multiple media forms is a key influence on attention, but at this point it's hard to do this in the U.K., came the response.

It may be hard, but Yan Liu from TVision and Karen Nelson-Field of Amplified Intelligence will tell you it is absolutely possible (we're not that weird over here) and can be done should Dentsu or anyone else want to do it.

Plus, Neil Mortenson of ITV in the U.K. presented a fascinating paper as a part of the asi event last November that touched on the topic.

Of course, Karen Nelson-Field's work, along with ITV's, may not make either best mates with Facebook, but this is a Dentsu project, not a Facebook one.