In 2018, dentsu embarked on one of the more ambitious research projects in advertising: creating an attention-based value system with their Attention Economy project. In an industry where ad planning is typically based around reach, frequency and viewability, says Joanne Leong, dentsu's Vice President of Global Media Partnerships, attention is the real goal -- all other metrics are simply proxies for audience attention. As such, attention deserves to be quantified and used as a measurement for campaign success.

Three years and two phases of research later, dentsu is ready for the results to be put into practice, using attention metrics for both planning and campaign measurement. "We already have clients using these data sets," Leong says.

First, though: What is attention, and how do you quantify it?

For Leong, "attention can be a very loaded term." What it really boils down to, she says, is "the opportunity to see." It's eyeballs looking. It's ears hearing. That's different from an ad that no one looks at or that plays to an empty room, which would still meet viewability and reach and frequency requirements for a media plan but doesn't have the same impact as an ad that someone actually looks at for a certain amount of time.

And for a long time, there simply wasn't a way to measure attention at scale. "We wanted to understand the real behavior across all of these different platforms, and I think most importantly -- and most practically -- [see] if we can actually define it and develop a metric that's consistent so that you're comparing different channel platforms and formats on a very apples to apples basis," Leong explains.

That metric is here. To create it, dentsu tracked eye movement on ads for multiple different brands and surveyed subjects around recall and brand choice in the U.S., Australia and the U.K. They partnered with Amplified Intelligence, Lumen and TVision to get data from more than 15,000 subjects.

"Coming out of this data set -- and I believe we measured over 20 categories as part of this study -- we have attention norms across all of these channels and formats," Leong says. "We can tell you, on average, what attention levels you would expect if an ad was full screen on your mobile phone and had sound off versus if it was on the corner of a desktop device." 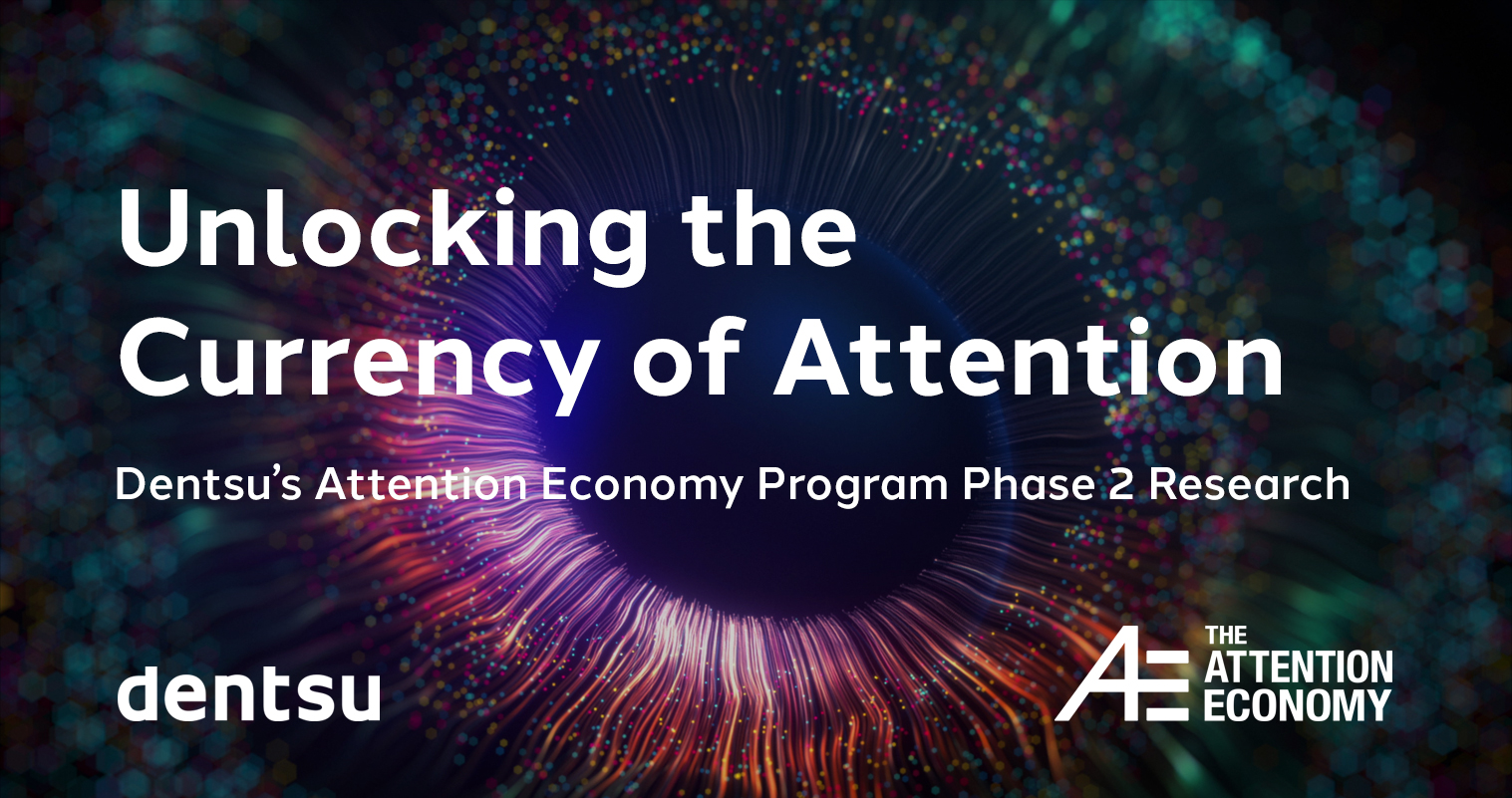 In many cases, consumers just aren't looking at ads the whole time the ads can be seen, with the starkest differences between viewability and "dwell time" (how long the eye looks at the ad) coming from TV screens and certain display ads. "The critical part for us was that shorter doesn't mean less efficient," Leong notes. "Five seconds of attention on one platform can be very different from five seconds of attention on another, because of the experience."

"Experience" includes a lot of factors, including ad environment (playing in a video vs. displayed on a browser) and sound. One of the more surprising results of the study dealt with sound, Leong says. The dentsu study found that the effectiveness of sound is highly dependent on context. When a consumer is in an experience without sound, suddenly playing it in an unexpected environment can have a negative effect on brand choice.

The key component of the study was comparing the eye-tracking studies to recall and brand choice, which led to surprising results around the effectiveness of viewability versus attention. "The current standards leave a lot of value on the table, especially for certain mobile formats," Leong says.

What this means in practice is something like this: If you're skipping through ads on your Instagram stories, those ads may not have met the viewability standard set by the brand and Instagram. But that doesn't mean you, the consumer, don't remember it. In fact, the dentsu research shows you probably do! The effect on brand choice may not be immediate, but the recall is there, and even extremely short exposures can have a cumulative effect. With dentsu's attention-based metrics, the value of these ads isn't being left on the table.

Leong recommends marketers look at brand recall as their key metrics, rather than brand choice. "Recall is such an important part of choice," she says. "And so often your consumer isn't in a position to make that choice until long after the exposure."

Phases 1 and 2 of dentsu's attention economy research were geared towards establishing a metric and a common language with which to talk about attention, correcting the currency on which so much of the ad business is conducted. Phase 3, which Leong says is in the planning stages and will likely begin next year, will measure the effect of different creative on attention.