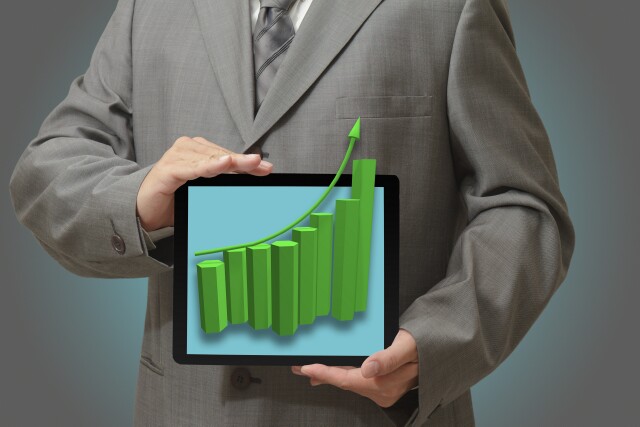 Issuing a forecast on ad spend in volatile times certainly has its challenges. Consider that since dentsu released its ad spend report in June 2021, the Delta Variant caused a surge in COVID cases, the supply chain crunch has deepened, and everyday Americans have been impacted by a rise in the cost of vital items like gasoline and food.

However, dentsu's Mike Law sees the current conditions as a glass half full and he believes it's filling even more. Law, who is U.S. President of dentsu's Amplifi, noted that several industries, including travel and entertainment, have returned to spending after nearly disappearing during the worst of the pandemic. And he said dentsu's June forecast is still on target.

The report predicts that global advertising growth will rise 10.4% this year, to $634 billion. North America growth is expected to increase 13.7% in 2021 and 8.1% in 2022. Out of home (OOH) and cinema were the hardest hit media sectors during the pandemic, but they are now positioned for the fastest growth with cinema advertising predicted to increase 35.1% and OOH up 14.6% this year.

"We have recently been looking at the forecasts, and we're actually looking to up them," said Law. "The acceleration of digital spend -- and in particular search and social -- is very strong. We're seeing OOH rebound faster than we had initially thought and local TV is strong." Law noted that while national TV ad spend is down due to ratings attrition, sports ratings are trending up, helping to buoy the national TV sector.

He credits the return of fantasy sports and live events in stadiums and arenas as large reasons why sports ratings are up. "Last year, there was a drop in fantasy sports players, given uncertainties around player health and whether teams would last a full season," he recalled. "This year that concern is gone, and the fantasy sports players are back and re-energized, driving them to view more games on TV."

Law noted that the automotive category has been impacted by the semiconductor shortage, crimping manufacturer production. However, he expects that while there is some decrease in national media spend short term, it won't be draconian. The limited supply is going to force consumers to consider new auto brands. And auto brands, in turn, will be forced to win customers back in the next two to three years as the supply crunch eases.

"Long term, you're going to see that rebound, but even today the brands are saying, 'It's still important for us to have a message in the market,'" Law said. This is especially important as the competition in the all-electric vehicle category grows over the next few years.

Other categories are adapting as well, among them quick service and casual dining restaurants. "They are managing messaging based on various supply chain issues," Law explained. "They may decide on a week-to-week dynamic to focus on a chicken message versus a beef message depending on supply levels at the time. We've seen more of a portfolio-management approach, more than taking any money out of the marketplace."

Then there's cinema advertising. According to the Box Office Mojo, the third-quarter 2021 box office's cumulative gross was $1.36 billion, up 1,002% from the same quarter in 2020. However, that still only represents 49% of what it was in 2019, pre-pandemic. "Cinema is back on the radar," Law said. "It has been resized to what it is, but the value in terms of audience remains. It's a non-cluttered environment, and a huge screen. And we know screen-size matters to ad effectiveness. It's still a great ad experience."

One area that dentsu will be closely watching is streaming video. The company has made a significant shift in dollars -- in particular, in the fourth quarter -- away from linear to alternatives like advertising supported on demand, over the top and other streaming video options. But that doesn't necessarily mean that the shifts can't be modified going forward.

Law noted that clients realize they can reach the same number of people in a hybrid world, but the impact of connected TV is not as strong as the impact of linear. "On the other hand," he continued, "look at the number of brands that have done so well only using connected TV. [Some of them] never bought national TV. They were Facebook-only and they said, 'Next step is connected TV.'

"We know the performance for those brands is strong, but for some reason, the response rate and the volume, for some categories, is not as high," Law said. "It may be time for us to look at our media models and update them as the weak metrics do not make sense intuitively given the great targeting and relative lack of clutter in connected TV versus traditional linear."

Overall, there is nothing in the dentsu forecast that Law thinks will dramatically change in the current year. The glass may be filled with different and ever-changing factors, but for now, he is optimistic and sees media investment strong through the foreseeable future.