Derek Theler on His Role in Paramount Network's “68 Whiskey” 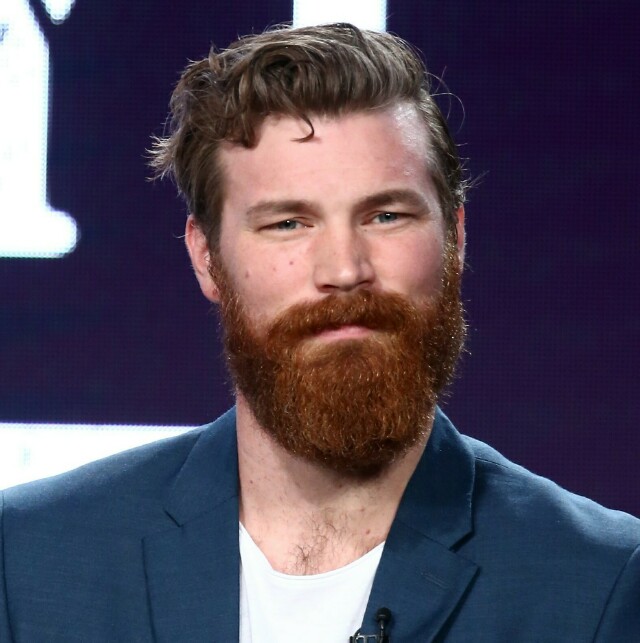 Pasadena, CA -- Following the success of  its hit western Yellowstone, Paramount Network has revived the war drama with 68 Whiskey, which debuted this week.  The series (from Brian Grazer and Ron Howard’s Imagine Television Studios and CBS Television Studios) is already drawing comparisons to the classic dramedy M*A*S*H.  No surprise there; it follows a multicultural band of Army medics stationed in Afghanistan on a base nicknamed “The Orphanage” as they navigate a dangerous and sometimes absurd world.  Paramount held panels for Whiskey and the upcoming Coyote, a drama starring Michael Chiklis about a career border patrol agent whose life takes an unexpected turn, during Viacom’s day at the Winter 2020 Television Critics Association tour. 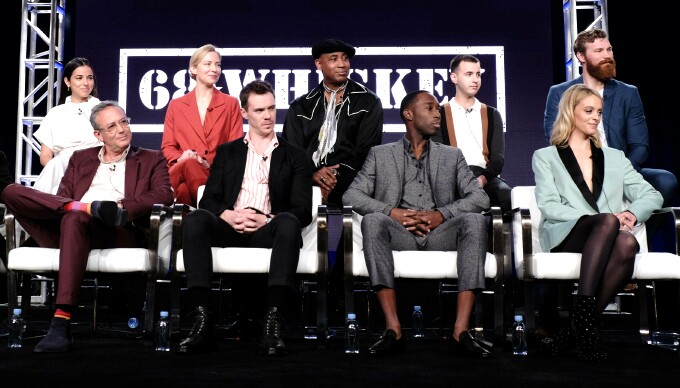 Derek Theler (pictured at top and above, far right), who starred for six seasons on the ABC Family/Freeform hit Baby Daddy, co-stars in 68 Whiskey as Sasquatch.  It’s his first series role since Daddy ended in 2017, though he almost ended up recurring on the ABC comedy American Housewife, where he scored in a memorable guest appearance as Dirk the Pig Whisperer.  “There was a lot more story on American Housewife, but it didn’t work out,” he told MediaVillage during a chat after the Whiskey panel.  “I ended up being Leslie Bibb’s character’s baby daddy!  But she left the show to do another one, so my story was gone.”

As for taking on tough guy Sasquatch, “I wanted to be choosy and make the right career decision,” he said.  “Then this show came along.  I feel very fortunate and pumped to be a part of it, as I grew up on an Air Force Base in Colorado, and I’ve been around soldiers my whole life.  Playing a service member has always been a goal of mine. 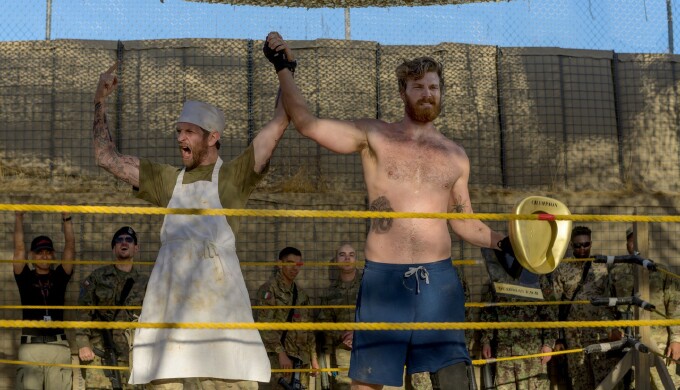 “The cool thing about [Sasquatch] is he’s the tough guy on the base and does all the bare-knuckle fighting,” he continued.  “He’s a badass.  He’s also the antagonist, which is something I’ve never played.  As an actor, to go from the level moral compass character on a sitcom to the bad guy was a pretty cool jump, and one of the main reasons I was so excited about this.  The thing about playing a bad guy is, you try to justify his actions and find the reason for him doing what he’s doing.  I don’t consider him bad, but I think many viewers might.”

According to Theler, he’s ready for any backlash that might come from being associated with playing the show’s “bad” guy.  “I know there are specific roles out there where people dislike the actor because of the role, but with Sasquatch it’s a little different,” he said.  “You do see the drive behind what he’s doing, and he really isn’t a bad guy.  He wants to do the right thing, and personally, if I was watching the show, he is the guy I would respond to the most.  He would be my favorite character.

“Having this beard is a big part of the show too,” he added.  “I haven’t been identified with Danny from Baby Daddy because of the beard.  Now I’m thinking my future might change and people might cross the street [to avoid] Sasquatch, but I’ll take that as it comes.”

Standing at 6’7” tall, Theler is used to towering above the crowd.  He’s dealt with it his whole life and has learned where not to go to draw attention.  “I don’t go to places like Disneyland,” he laughed.  “My height has always been a part of my world and I’ve always been easy to see from a long way away.  The beard has been a disguise for a while now too, but once people start tuning into the show it’ll probably be a little different.” 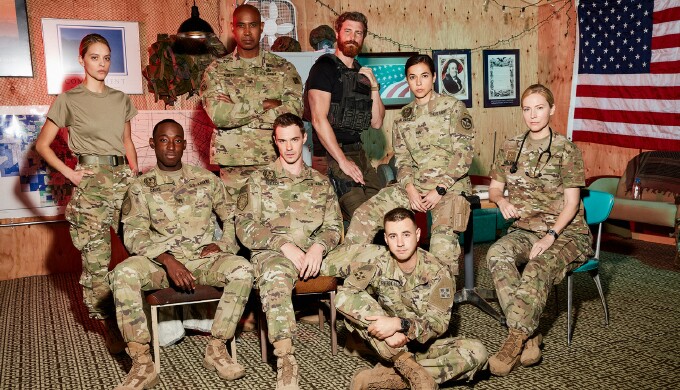 He’s happy with the comparisons 68 Whiskey is drawing to M*A*S*H.  Who wouldn’t be?  The series finale of that classic comedy-drama remains the most-watched scripted program of all time.  “Like M*A*S*H, our show is about the relationships between the characters and what’s happening on our side,” he said.  “We don’t see the enemy very often.  We see injured soldiers, so it’s like M*A*S*H in that respect.  It’s a pretty funny show, too.  I have a lot of friends who are service members overseas and we’ve done a lot of research.  The truth is, people in dire life-and-death situations have to use comedy to get through it, otherwise they’d be too stressed, so humor is a really central part of the show.”

After growing up on action films, Theler is having the time of his life doing stunts and honing his MMA fighting skills for this bad-boy role.  In fact, he’s feeling right at home on the series’ set.  “I never watched Seinfeld or Friends and when I booked Baby Daddy I had no idea what that kind of show it was,” he recalled.  “We filmed in front of a live audience, so that was way more terrifying for me than getting to work on a show like this where I’m doing my own stunts.  I’m shooting guns, driving cars, and I have all the gear. That’s the way I always saw my future going, so being able to do it on a show like this is really fulfilling.”

In closing, Theler let me in on one closely guarded secret about his Sasquatch character, and it was too juicy not to share.  “I don’t think anyone on the show actually knows his real name,” he revealed.  “It’s never been mentioned, but … his real name is Roger McCulley.  Nobody else knows that, so keep it a secret.”