Desus and Mero Bring Their Vibe to Viceland 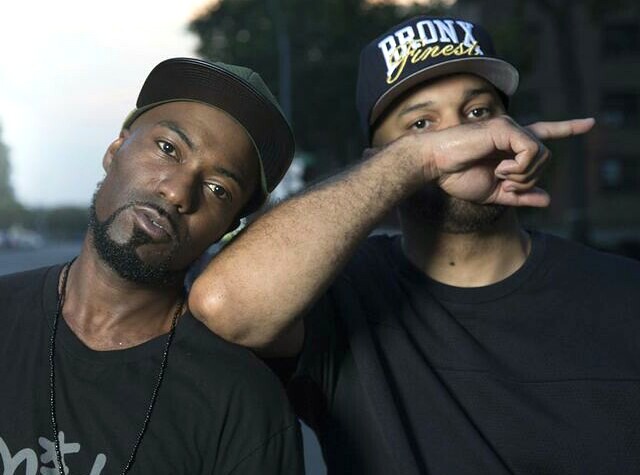 Daniel Baker and Joel Martinez, known to the world as comedy duo Desus Nice and The Kid Mero, have been killing the podcast game for a while. Now as the hosts of Viceland's late-night cult hit Desus & Mero they’ve proven that there are definitely levels to this sh*t, and they’ve mastered each one.

For those of you who don’t know, Desus (top left) and Mero (right) are a couple of Bronx natives who’ve been crackin’ jokes for bread since late 2013. Originally podcasters, they first made their mark by releasing a show of their own creation appropriately called Desus vs. Mero oniTunes. Since then, they have become more and more recognized and popular due to their unique chemistry and irreverent hood comedy.  Anyone who’s lived in or around the boroughs of New York has probably gone to school with a couple of similar class clowns.  As someone who went to public school in New York I recognize their type, and even though I probably would’ve spent the majority of my time around them getting roasted by these two, there’s a familiarity to their vibe that makes me feel like I’m back home no matter what state I’m residing in.

What one normally gets from watching Desus and Mero do their thing is the same experience one would get watching two guys from the block talk sh*t in front of the corner bodega. They snap on people, crack hilariously crass jokes and relate whatever they’re talking about to their own lives without ever taking themselves even a little bit serious. Their bits are off the top, over the top, raunchy as hell and always entertaining. 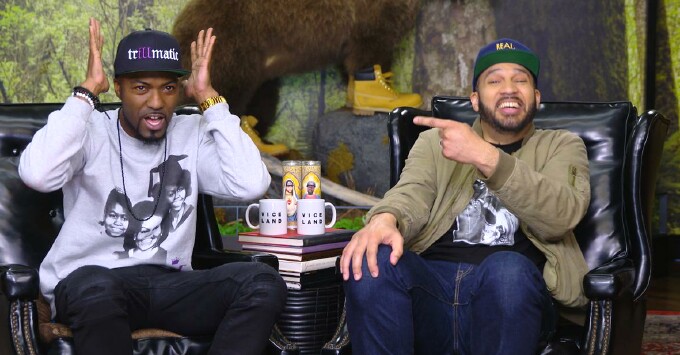 These guys are a prime example of what’s possible through proper digital promotion when combined with something genuinely special. They’ve done podcasts, both audio and video, and have had (or been on) shows on major broadcasting networks like Complex, MTV, MTV2 andViceland. Their street-veteran styles have never wavered and they’ve never pulled a punch regardless of what, or who, they’re talking about.

On the show’s current Viceland incarnation the guys give viewers a slightly refined version of their usual act that consists mostly of improvised jokes about current events, sports and pop culture, in addition to constantly riffing off of one another. It’s still basically the same animal, just without some of the less politically correct comments and overly vulgar (potentially offensive) language. You know, mainstream sh*t. No worries though, none of what makes these dudes dope gets lost in translation.

Since making the switch from Complex’s web-based format to subscription cable channel Viceland more celebrities have come on to talk with the guys. Recently they’ve interviewed the likes of both Chris Hayes and Rachel Maddow of MSNBC, actor/activist Jesse Williams, singer-songwriter Faith Evans and rapper Joey Badass, to name just a few.

Obviously, there are plenty of traits that one could name as the reason this duo is so dynamic -- namely their hilariousness, ingenuousness, teamwork and New York swag -- but there’s one particular characteristic that I feel is the true culprit: their very real friendship.

Generally, human beings all share an innate need to belong, which can also be described as a need for friendship or comradery. It’s for that reason that even the most hateful people in the world can find other haters to hate with. Naturally, this instinctual need draws us to representations of real, honest friendship, and the combination of friendship and comedy creates an especially attractive and recognizable vibe. America’s had an infatuation with funny buddies since long before comedies like Stepbrothers, 21 Jump Streetor Wedding Crashers, and it’s all because they each depict strong BFF-style friendships. There’s something about that underlying sentiment of “Don’t worry dog, I got you” that, in movies, raises the stakes and makes the viewers care about their well-being and friendship that much more. For Desus and Mero that fellowship gives their chemistry a solid foundation, and it’s that same foundation that lets them organically bounce off of one another. You know, the way best friends do.

In layman’s terms, these dudes are legit AF. Even if you’re one of those people who’ve never met guys like them, and/or didn’t have the luxury of growing up in the Bronx (or any other hood for that matter), Desus and Mero still have one of the funniest and freshest topic-driven shows on cable right now. No one is doing what these two do the same way that they do it, and in a media landscape that’s littered with copycats and posers, that’s a pretty big deal.

"Desus and Mero" is telecast weeknights at 11 p.m. on Viceland.