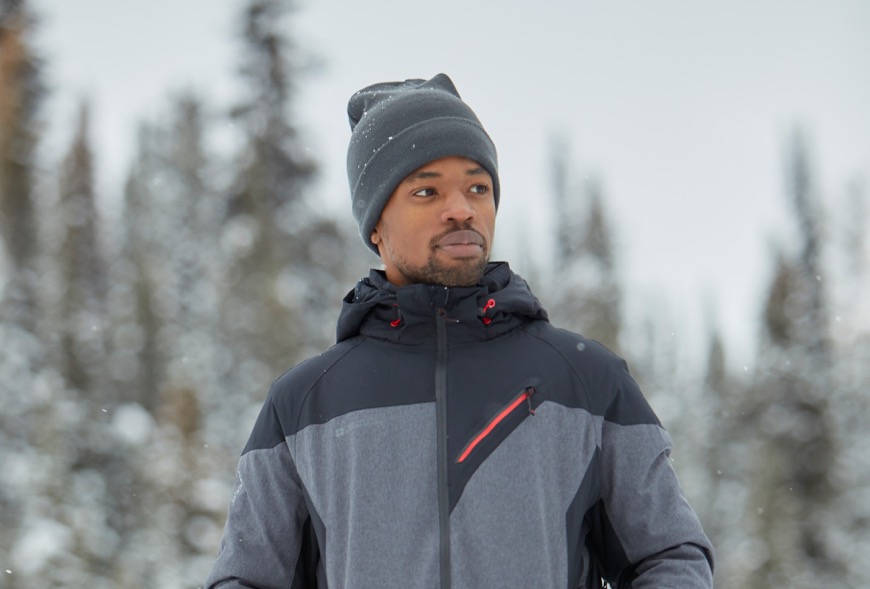 Hallmarkies this Saturday will enjoy two love stories in one with the premiere of One Winter Proposal, the sequel to last year’s hit One Winter Weekend.  The film reunites Cara (Taylor Cole) and her best friend Megan (Rukiya Bernard) along with Ben (Jack Turner) and his best friend Sean (Dewshane Williams, pictured at top and below with Bernard) as they gather at the ski chalet doctor Sean now works at to celebrate the release of Cara’s first book.  It’s been a year since Cara and Ben first fell in love and while romance continues to blossom for them, the same can’t be said for their best friends Megan and Sean, who despite hitting it off last year went their separate ways and haven’t seen each other since.  Together, the lovebirds devise a matchmaking plan to get their besties back on track and hopefully reignite the spark they saw between the two a year ago.

“When you last saw Sean and Megan, it wasn't a concrete relationship,” explained Dewshane Williams when MediaVillage spoke with him exclusively about the movie.  “In this one, we realize a lot of time has passed since they've spoken so they are rediscovering their love and appreciating the time they spent together the previous year.

“I enjoyed that Sean and Megan were rediscovering what it means to fall in love,” he continued.  “It felt very honest, genuine and pure.  I think that's what every true romance feels like and what we were trying to capture.  You can see their desires and fears, which is something every love story has.” 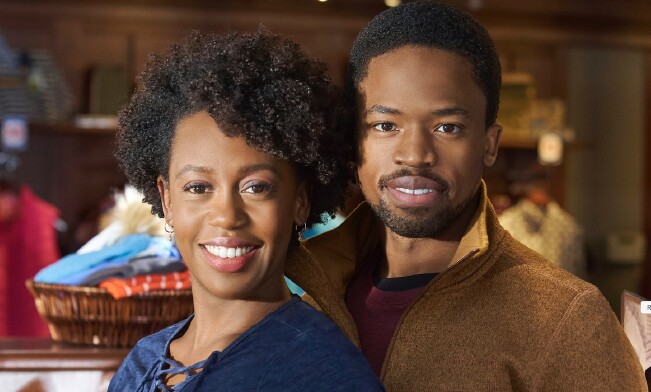 Williams was thrilled that Hallmark decided to continue the love stories introduced in One Winter Weekend, and he said he’s honored to be reprising his role. “I’d heard there might be a sequel in the works, but wasn't sure if it was actually happening,” he said.  “I officially found out in June of last year when Hallmark flew me to Los Angeles for their big Crown Media celebration.  It was during the dinner that Hallmark President and CEO Bill Abbott announced that Rukiya and I would be starring in the One Winter Weekend sequel.  To be honest, it was probably the best way to surprise someone.  I was so thankful that they gave us another shot at this because I really enjoyed working on the first film.”

He’s also grateful to the Hallmarkies who made it happen.  “To be frank, I thank the fans for the sequel,” he shared.  “Hallmark pays attention.  I was online when the first one aired and quite a few Hallmarkies were suggesting, or rather demanding, that the story continue.  So I do believe the folks at Hallmark were aware of this.

“I love the Hallmarkies!” he added.  “A few days ago, I was on a gondola sitting with a young mother and her daughter.  They were nervous about skiing, so I offered some encouragement and mentioned how beautiful Bannf (where we shot the sequel) was.  They asked why I was there and I explained it was for a Hallmark movie.  They were like, “We love Hallmark movies!”  I was so happy to connect with them and it showed me how wide the fan base is.  I'm thankful to be in the position I am now.  It takes a village to make these films but it takes a community to keep them going, so I am grateful.”

He’s also grateful for Hallmark’s decision to expand upon its already diverse casting and explore different family dynamics and stories with movies like Christmas Everlasting, starring Tatyana Ali, and the Jerrika Hinton-led A Majestic Christmas, both of which featured diverse casts.  “Hats off to Hallmark for expanding their casting choices and storylines,” he said.  “I think it benefits the audience to see stories they may not have seen before.  I feel grateful and honored to have been able to do the first film, so to do a second one is the stuff dreams are made of.  I’ve done a lot of television, but not really starred in any films, so Hallmark is really giving me the opportunity to not only be an inspiration for other storytellers [but to have] opportunities I haven't had before.  I don't know if I feel like a trailblazer, but if what we have done inspires other projects to have diverse casts I'm happy to be in that position.

“There are people from all different backgrounds and walks of life, religious beliefs and sexual orientations,” he added.  “It's the world we live in now and all great art is reflective of the times, so Hallmark is doing a great job greenlighting films like One Winter Proposal.”

While it’s no secret there’s a proposal in the story (it’s in the title), we’ll leave it up to the movie to keep viewers guessing who’ll be popping the question.  Thanks to the film, when that day comes in real life for Williams, he said he’ll be well prepared.  "I loved the proposal scene and I did take notes,” he laughed.

One Winter Proposalwill premiere Saturday, January 12 at 8 p.m. on Hallmark Channel as part of its annual Winterfest programming event.