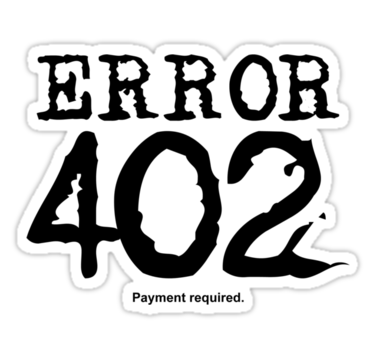 Rabbit holes can lead to echo chambers, but L.A.'s sold-out BLOCK-CON conference delivered both sides of the crypto coin last week. $4,100 was bitcoin's price on 8/21, the date of A Blockchain Penny For Your Thoughts? Media "Initial Coin Offerings."  $5,500 is its price now.  Wild-eyed optimism is a perennially favorite tonic, and was poured from the BLOCK-CON stage with clarion calls of "if you're in this room, you're early."  On the other hand, self-styled angel investor Jason Calacanis, promoting a book, guffawed, cocooned in the Silicon Valley establishment's cooler view of crypto, a Dimon-esque critique in hipper clothing.  His point: Show me the compelling crypto-products.  Welcome to the world of pre-revenue revenue, Jason -- and check flights to Zug, Berlin and London, other crypto power centers.

Until the last ICO (or TGE, for Token Generation Event, if you prefer) dies, every media owner and marketer will need to assess new methods of media monetization through payments, despite the powerful lure to old pros of "been there, done that" bromides. One implication of "programmable money" is the rise of ventures looking to more easily implement payments -- often micro -- for the use of content, attention to advertising and collection and sale of the data that drives modern marketing.  Consider just a few, some nascent, some resuscitating:

DataWallet and Insights Network are among those going after the ~$200bn per year U.S. data brokerage industry, whose biggest customers are the marketers designing the products, services and messaging that fund much of media.  Insights' ICO will help fund its trustless, decentralized market research network.  Whither targeted TV advertising, for example, if over the next decade data brokers shrivel, and opt-out becomes the norm for consumers?

Gil Penchina, a member of eBay's pre-IPO team and an early investor in Brave, which raised $35m through the sale of Basic Attention Tokens this spring, is now backing sweepstakes on the blockchain.  The Pryze protocol will allow anyone to enter for free and is not your father's iWon.com, apparently.

PROPSis a new token being introduced into YouNow, a live video streaming platform, which numbers Comcast Ventures among its investors. Since 2011, YouNow has generated $50m in virtual goods sales, sharing most of its earnings with its content contributors.  YouNow looks to boost growth through the token launch and integration.

Yours -- styled as Medium with a micropayment pay wall, social's only one outside of WeChat Wall -- has a number of new content monetization models leveraging Bitcoin Cash, which processes on-chain transactions for less than a penny.  These models include giving users a revenue share for sharing content, paying consumers for looking at ads, and daily subscriptions. 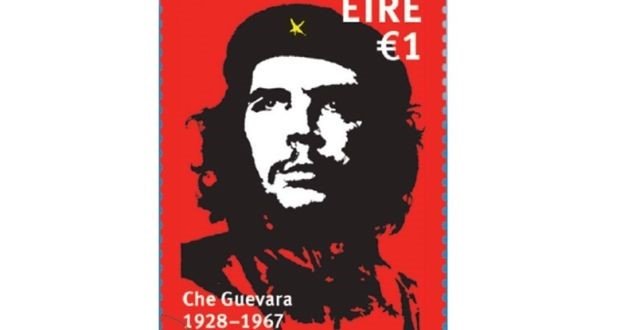 In defense of utility tokens, consider: 1) U.S. securities regulations look manageable, 2) why "lock up" network effects if you can help it, and 3) you can't hang a blockchain share of the Mona Lisa on your wall anyway.  The white flag of counterrevolution warns of securities lawsuits aplenty when grandma approaches the bar having lost her life savings in an ICO.  Perhaps she should diversify her portfolio with Ireland's newly issued Che Guevara stamp, now worth more than its 1-euro face value, and whose offering, even if by a private entity, would hardly require securities registration.  Vinny Lingham of Civic summed up the fear of regulation: when a regulator appears, your coin goes to 0.  To slide past securities regulation requirements via a utility token, lawyers counsel the following: The token should be as functional as possible at ICO-time, and buyers should be motivated more to consume than to flip the token (e.g., avoid white paper references to secondary markets) and generally mimic a crowdfunding as much as possible.  Indeed, per a BLOCK-CON presentation, European/U.K. regulations may be particularly favorable for the software crowdfunding approach.  Advantages of unregistered offerings of utility tokens are lower cost, no lock-up on token use/resale, greater flexibility in picking advisors and investors, and no per se requirements for financial reporting.

The BLOCK-CON crowd seemed loath to walk away from utility token ICOs as a form of Kickstarter for open source software, although WeTrust noted that many Kickstarter projects lack network effects, perhaps a hint that some ICOs may as well.  Although tokens securitizing assets (called "securities tokens" by some) may eventually accumulate a larger market cap than utility tokens for operating ventures, that's because the market value of assets (e.g., real estate) is larger than that of equities in companies, certainly public companies.

One view of ICOs is as a new means of funding the sales and marketing necessary to launch SaaS companies.  Per Penchina, token sales can help fund the first few years of spending to acquire initial customers (an ICO's PR splash helps), convert some to evangelists and recruit both sides of a network.  Although ICOs may offer network businesses new ways to start, the market may still deliver most of the value to the biggest network in the end.  Another twist is the continuing risk/incentive to fork protocols, which could mutate the model into this: maximize the ICO raise and then drive profitability down to as close to break-even as fast as possible to ward off competitors.

While there is much else to say, to save some breath for bitcoin's November (when we can expect a price reversal, per presenting crypto chartist Tone Vays), let's close now with convention per Calacanis.  First, Calacanis does not HODL (not a typo -- Google it) any crypto, secure in his conventional VC deal access, which keeps him out of public stocks as well.  Second, his inclination is that the No. 1 use case for crypto is speculation, primarily in the "manipulated" bitcoin, and was surprised that the BLOCK-CON crowd advanced Steemit -- where users are paid to post and curate -- as a candidate for top crypto app, given his dislike of its design. As to ICOs,  while conceding they could drive an increasing share of funding out of the VC community (an "existential risk" for VCs), he criticizes the following: ICOs' lack of face-to-face marketing; their resulting lack of governance (coins don't require boards), which risks there being no big investors with enough of a stake to help a venture through tough times; and ICOs' largely being projects not companies, achieving funding before products, the inverse of good practice.  His bottom line is to either actively trade in the space or wait for the winners to emerge and then invest in those.